Vote in the Semi-Final Round of the 2018 *Book Shimmy* Awards! 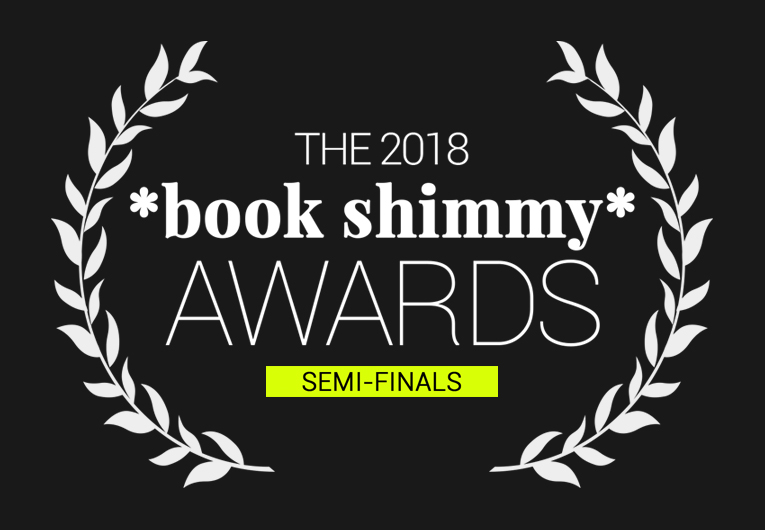 You. guys. are. incredible.

We received a RECORD-BREAKING number of nominations for this year’s *Book Shimmy* Awards, so please, before we continue on to the books that made it through to the semi-final round, give yourselves a round of applause! And then give a round of applause to the authors, for writing so many incredible books this year! Because not only did the quantity of nominations surpass anything we’ve ever seen, but the sheer range of titles was incredible. We wish we could give something to every book on our shelves!

Alas, we cannot, but we are still psyched to present to you the top eight semi-finalists in each *Book Shimmy* Awards category! If you missed it in our nominations guidelines, a book can only be nominated in two categories—so if it was nominated in more than that, it moved ahead in only the two categories it had the most votes for. And with only four spots available in each award’s final round, the fates of these books, dear readers, are back in your hands.

This round of the *Book Shimmy* Awards will run for two weeks—until December 14th—so make sure you spread the word! Click below to start voting! 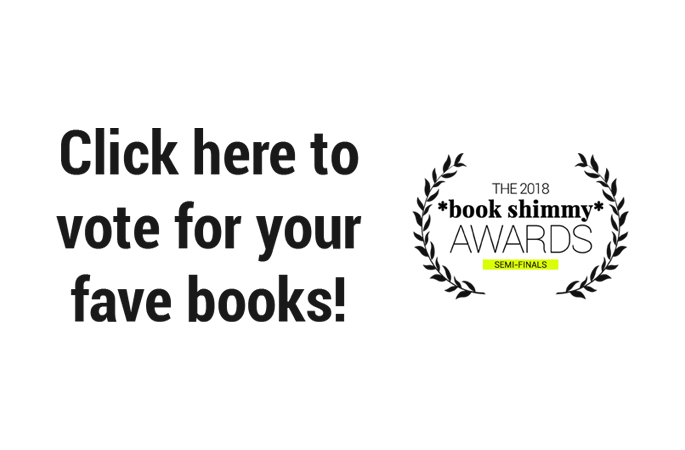 What are the *Book Shimmy* Awards?

The *Book Shimmy* Awards are an annual Epic Reads-run ceremony dedicated to honoring young adult titles. The awards are completely nominated by the community, voted on by the community, and guaranteed to be awesome, thanks to the community. If you want to see last year’s winners, check them out here!

The *Book Shimmy* Awards started way back in 2013, and now we’re back and better than ever! If you head here, you can see our brand new *Book Shimmy* homepage! You can vote right on the page for the eight books that made it through to the current semi-final round. In the meantime, we’ll be having fun along the way over on Instagram, Twitter, Snapchat, and more! And don’t forget—there’s a bonus award this year exclusively at Barnes & Noble called the Insta-Buy! It’s for that book that caught your eye and you just couldn’t leave the store without. You can only vote for it by going to your local Barnes & Noble store, so be sure to vote and snap us a pic!

What were the rules for nominations?

The rules are simple!

Click here to start voting for your favorite books! As we said above, this round ends on December 14th, so be sure to get your votes in by then.

The nominations will then be collected and the top four books in each category will move on to the final voting round, which will begin on Monday, December 17th! And seriously, from us to all of you, thank you so much for making this such another epic year in the YA community, and thank you in advance for nominating all your faves for everything we know they deserve.

Stay tuned to see which titles make it to the next round, and don’t forget to tell the world that you nominated a book with #BookShimmyAwards! Let’s get those voices heard!