Allegedly is sure make waves when it hits shelves on January 24th, 2017. This gritty, twisty, and haunting debut by Tiffany D. Jackson will spark challenging conversations as it unapologetically tells this powerful and eye-opening story. Below find out what inspired Jackson’s words, and why she believes that girls are made of steel, feathers, and gold dust.
This blog post is part of our on-going Real Talk blog series where we ask authors to get real about some of the most controversial and important topics of today.

Let’s get a couple of things straight: I didn’t grow up in a group home. I’ve never been to prison. I’ve never been sexually abused.
So when I first sat down to write ALLEGEDLY, I knew I had some work cut out for me. After researching and writing the first draft, I felt the story still lacked depth and went back to interview five girls who had been through the juvenile justice system. Each told their story with unflinching gall, leaving me gutted and left with one final thought:
These girls are f*cking resilient.
They are made with steel, feathers, and gold dust. Most won’t recognize the light in them, they’ll only see the statistics surrounding them: How 10% of juvenile offenders are sexually assaulted by a prison staff member. How 73% have been assaulted BEFORE entering the system. How locking them up re-traumatizes the girls, increasing the likelihood of developing mental illness. How many have mental illnesses, which if treated properly (i.e in rehabilitation clinics, NOT in prisons) could improve their recovery exponentially.
While boys must navigate the School to Prison Pipeline, girls must navigate Sexual Abuse to Prison Pipeline. A pipeline that throws some girls in prison for non-violent offenses, like skipping school or running away. Behaviors directly related to the sexual abuse they have endured. Imagine that? Trying to run away from an abuser and you’re locked up for running away.
The system is flawed…nah, I take that back. The system is broken.
But yet, here are these girls, hyper aware and fearlessly telling their stories. Acknowledging their past like you acknowledge your own shadow with vague indifference. They keep it real, they don’t sugar coat the shit they’ve done or been through to make it easier for anyone to swallow. And after those interviews, I decided to flip the book inside out and leave it raw.
ALLEGEDLY touches upon a lot of topics: race, juvenile justice system, inequality, mental health, and sexual abuse. The story will seem devastating and hopeless to some, but to others, they’ll see the light and fight in these girls, their magnificent resilience. They don’t want your pity. They want to be respected, understood, and above all, your support. 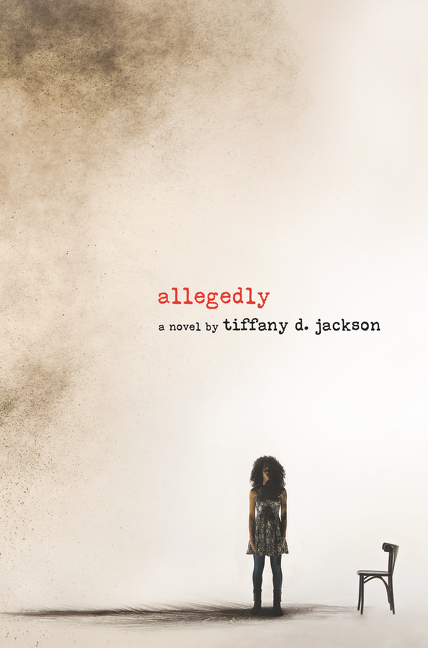 Mary B. Addison killed a baby.
Allegedly.
She didn’t say much in that first interview with detectives, and the media filled in the only blanks that mattered: a white baby had died while under the care of a churchgoing black woman and her nine-year-old daughter. The public convicted Mary and the jury made it official. But did she do it? When the state threatens to take her baby, Mary’s fate now lies in the hands of the one person she distrusts the most: her Momma. No one knows the real Momma. But does anyone know the real Mary?
Add Allegedly to your Goodreads shelf!

Up Next: This Book Will Change How You Think About Rape