How Would You Rank the Best Anti-Heroes in YA? 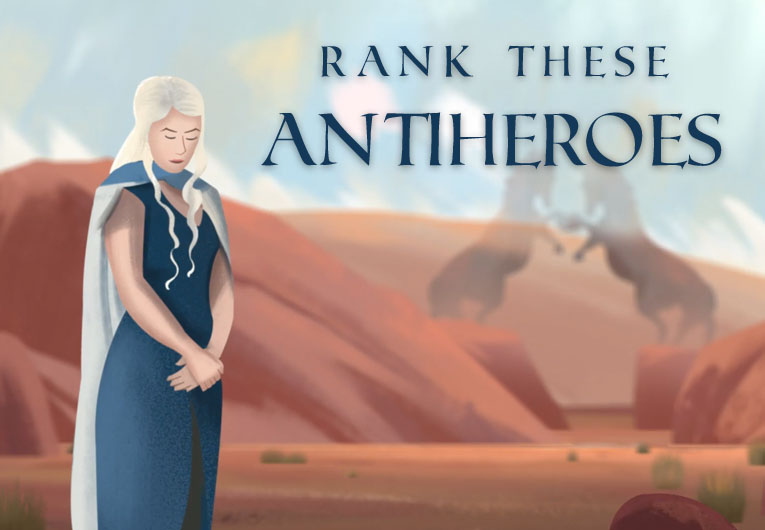 It is a truth universally acknowledged that book nerds love an antihero.

If you don’t mind, we’re going to embrace the nerd in book nerd for a second. Ready? We recently launched our very first Facebook show! It’s called Evolution of Fantasy and, as you probably could have guessed, it’s all about how the fantasy genre has grown and evolved through time. You can check them all out here, but one of our favorite episodes is all about the rise of the antihero.

Antiheroes are officially defined as characters who do the right thing for the wrong reasons. Sure, Daenerys freed the cities in Slavers Bay, but it was partially motivated by her desire to grow her army and prove herself as a leader. Kaz set off to infiltrate the Ice Court for the payday and wasn’t afraid to rack up a body count along the way. Their still-growing popularity is an interesting case for sure—when did the morally ambiguous rogue eclipse our love for the infallible guiding light? You can check out the episode here, but you can also help us settle some internal debate.

Namely, who is the greatest antihero in YA?!

Upvote your faves in the ranking below and we’ll see, once and for all, who deserves the crown.

Rank the Best Anti-Heroes in YA?

Who’s your fave? Let us know in the comments below!