Cover Lust: WALK ON EARTH A STRANGER by Rae Carson

Goodreads revealed the cover for WALK ON EARTH A STRANGER, the first in a new trilogy by Rae Carson, but we’re posting a larger version of it here so you can gaze at it in all its golden glory!
We cannot wait to read this book! We’ve been obsessed with Rae Carson ever since we read The Girl of Fire and Thorns and we’ve been patiently waiting for more to read from her so when we finally got to see the cover revealed today, it’s basically the greatest thing in the world. It’s also kind of the worst thing in the world because it also means we still have months to go until the book goes on sale! (It’ll hit shelves on September 22nd!)
Click the image below to view it at an even bigger size! 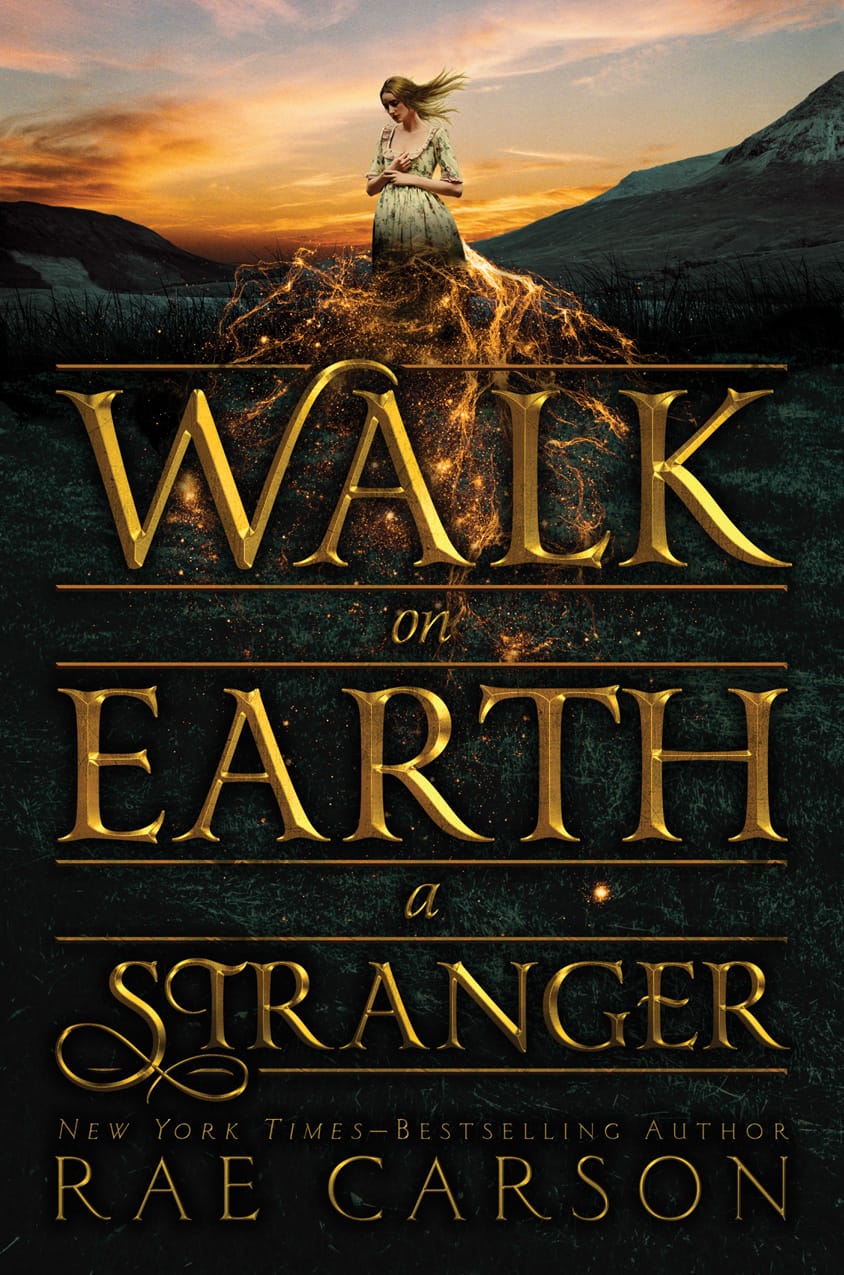 The first book in a new trilogy from acclaimed New York Times–bestselling author Rae Carson. A young woman with the magical ability to sense the presence of gold must flee her home, taking her on a sweeping and dangerous journey across Gold Rush–era America. Walk on Earth a Stranger begins an epic saga from one of the finest writers of young adult literature.
Lee Westfall has a secret. She can sense the presence of gold in the world around her. Veins deep beneath the earth, pebbles in the river, nuggets dug up from the forest floor. The buzz of gold means warmth and life and home—until everything is ripped away by a man who wants to control her. Left with nothing, Lee disguises herself as a boy and takes to the trail across the country. Gold was discovered in California, and where else could such a magical girl find herself, find safety?
Rae Carson, author of the acclaimed Girl of Fire and Thorns trilogy, dazzles with the first book in the Gold Seer trilogy, introducing a strong heroine, a perilous road, a fantastical twist, and a slow-burning romance, as only she can.
Follow Rae on Twitter!

Are you as excited to read this book as we are? Tell us what you think of the cover in the comments below!