Cover Reveal: EVEN IN PARADISE by Chelsey Philpot 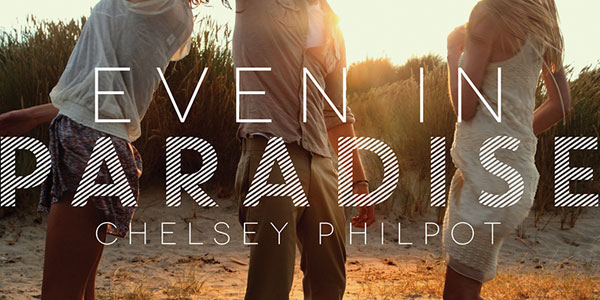 We’re revealing the cover for Even in Paradise, a stunning debut YA novel about seventeen-year-old artist Charlotte, a working class girl on scholarship at a posh boarding school, who is drawn into the circle of a larger-than-life senator’s daughter and her powerful, tragic, Kennedy-esque family.

Get ready for the cover! 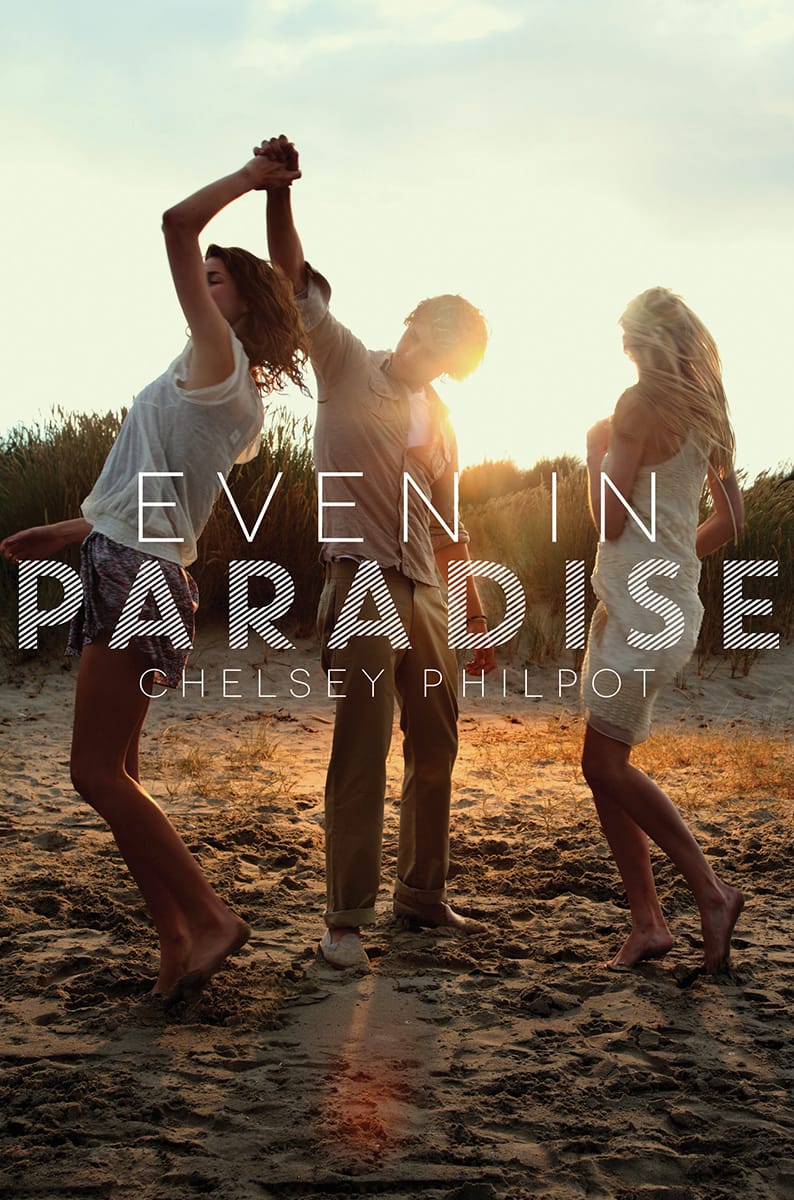 About EVEN IN PARADISE

When Julia Buchanan enrolls at St. Anne’s at the beginning of junior year, Charlotte Ryder already knows all about the former senator’s daughter. Most people do . . . or think they do.
Charlotte certainly never expects she’ll be Julia’s friend. But almost immediately, she is drawn into the larger than-life-new girl’s world—a world of midnight rendezvous, dazzling parties, palatial vacation homes, and fizzy champagne cocktails. And then Charlotte meets, and begins falling for, Julia’s handsome older brother, Sebastian.
But behind her self-assured smiles and toasts to the future, Charlotte soon realizes that Julia is still suffering from a tragedy. A tragedy that the Buchanan family has kept hidden … until now.

We love the title: Even in Paradise. Is there a special significance to it?

I’m so glad. It took a lot of brainstorming to figure out the final title, but once I did, it was so obvious.
Even in Paradise is very, very loosely based on a novel I fell in love with when I was studying abroad in Scotland: Brideshead Revisited by Evelyn Waugh. The first part of Waugh’s book has a Latin title: Et in Arcadia Ego, which means (once again loosely), “Even in paradise, I exist.” I don’t want to give away too much, but essentially the phrase has been interpreted by artists and scholars as implying that even in paradise, there is darkness and death, a fitting concept to wrap your head around when it comes to my novel.

What from your bookshelf inspired Even in Paradise?

Even in Paradise is informed and inspired by every boarding school novel I have ever read, from John Knowles’s A Separate Peace to John Green’s Looking for Alaska. I hope it shows even just a sliver of my admiration for F. Scott Fitzgerald’s The Great Gatsby and (of course) Evelyn Waugh’s Brideshead Revisited.
I’m sure that there are a bunch of other literary influences in my novel that I’m not even aware of. I’m looking forward to readers to pointing them out to me.

How did you decide you wanted to write YA? (We are so glad you did!)

Oh, gosh. I think I’ve always wanted to write YA. The books I read as a teenager were transporting in a way that is almost impossible to describe. The novels that kept me up long past lights out in my boarding school dorm colored, enhanced, and forever altered my world. My great wish is that Even in Paradise leaves readers with the same sense of wonder that the books I read in high school evoked in me.

One last question: What do you think of your book’s jacket?

Wow! I am in love with the design of Even in Paradise.
The cover is simultaneously tragic and joyful. It hints at darkness, even while it celebrates the light. It’s nostalgic, and yet it commemorates the present.
I am so grateful that I have the über-talented Erin Fitzsimmons for a designer. From the graphic elements of the jacket to the layout of the epigraph, wow, she really “got” it. All authors should be so lucky.

Chelsey Philpot grew up on a farm in New Hampshire and now works as an editor and journalist. She’s written for the New York Times, Boston Globe, Slate, and numerous other publications. Like her main character, Charlotte, Chelsey attended boarding school in New England. You can visit her online at www.chelseyphilpot.com or on Twitter @ChelseyPhilpot.