Cover Reveals: The Outliers, Ruined, Lost in Love, Even if the Sky Falls 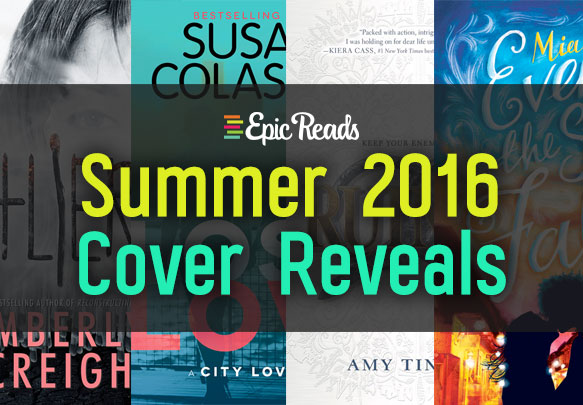 It’s hard to imagine what you’ll be reading 7 months from now next summer, but it’s a safe bet to say you’ll have one of these gorgeous books on your shelf! Thus begins our week of cover reveals, with a new batch each day this week.
It’s going to be a cool, cool summer! Get ready to feast your eyes on the cover designs for some of our upcoming YA novels publishing in spring / summer of 2016! Below, check out the covers for The Outliers by Kimberly McCreight, Lost in Love by Susane Colasanti, Ruined by Amy Tintera, and Even if the Sky Falls by Mia Garcia.
Now on to today’s reveals!

THE OUTLIERS by Kimberly McCreight

This is the first young adult novel from the author of the bestselling adult thriller, Reconstructing Amelia! 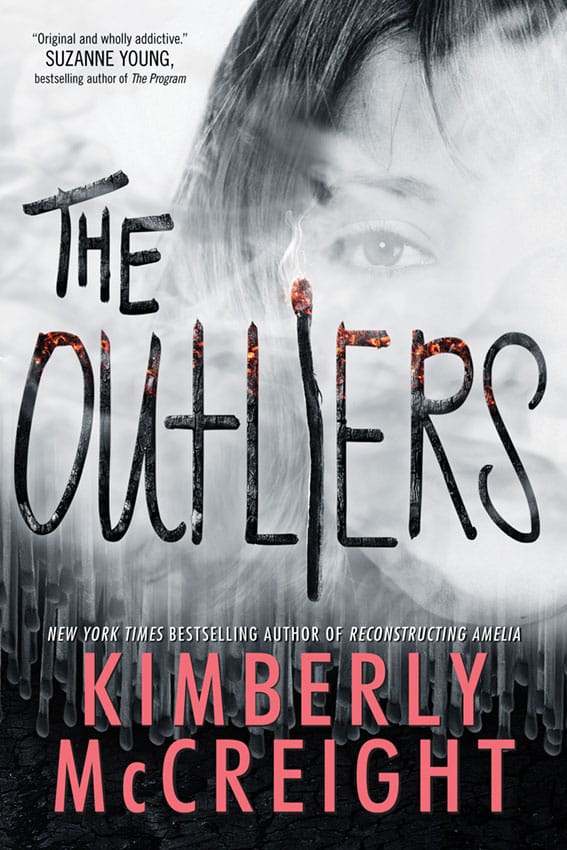 It all starts with a text: Please, Wylie, I need your help. Wylie hasn’t heard from Cassie in over a week, not since their last fight. But that doesn’t matter. Cassie’s in trouble, so Wylie decides to do what she has done so many times before: save her best friend from herself.
This time it’s different though. Instead of telling Wylie where she is, Cassie sends cryptic clues. And instead of having Wylie come by herself, Jasper shows up saying Cassie sent him to help. Trusting the guy who sent Cassie off the rails doesn’t feel right, but Wylie has no choice but to ignore her gut instinct and go with him.
But figuring out where Cassie is goes from difficult to dangerous, fast. As Wylie and Jasper head further and further north into the dense woods of Maine, Wylie struggles to control her growing sense that something is really wrong. What isn’t Cassie telling them? And could finding her be only the beginning?

Add it to your Goodreads shelf here!

LOST IN LOVE by Susane Colasanti

This is the sequel to City Love! 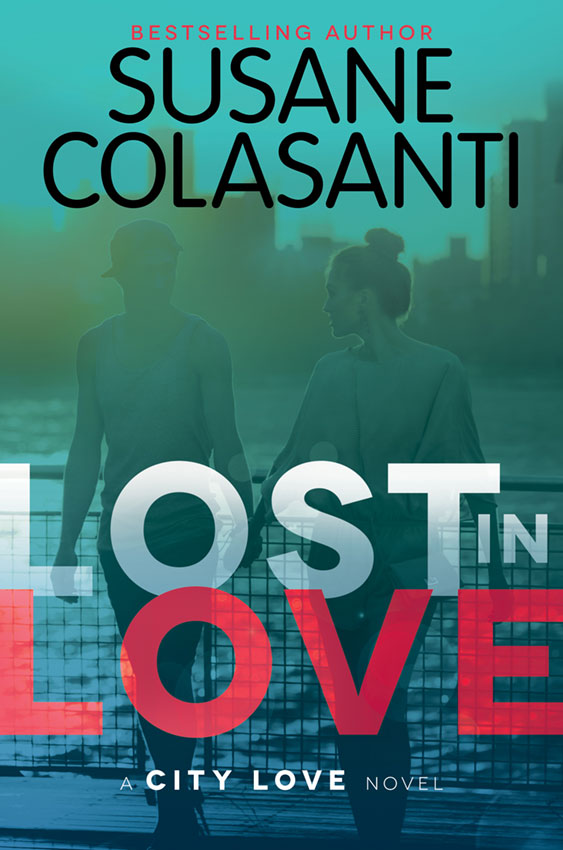 Sadie, Darcy and Rosanna have quickly learned that living together in the city that never sleeps means NYC magic, boy adventures, and unexpected moments that will bond them for life…and summer is just heating up.
Sadie was positive she met her soul mate after having the Knowing about Austin. He’s dreamy, smart and amazing in every way the perfect boyfriend should be…but after she discovers Austin’s secret, Sadie is crushed and left wondering if she even knows him at all. Will her eternal optimism shatter?
Darcy is all about being Summer Fun Darcy this summer. But when a boy from her past moves to New York City to win her back, she suddenly has two boys trying to be more than a summer fling. Even if Darcy discovers her true heart’s desire, is she ready for something real?
Rosanna has gone from 73 cents to living the high life. Her boyfriend loves to treat her to finer things and as the two of them grow closer the only thing he wants in return is for Rosanna to open up to him. But telling him everything includes memories she wants to forget. Will she let him in…or will Rosanna’s past catch up with her first?
In LOST IN LOVE, the second book in the City Love trilogy bestselling author Susane Colasanti weaves a story of first love, first heartbreak, and everything in between.

Add it to your Goodreads shelf!

This is the first book in a new fantasy series from the author of Reboot! 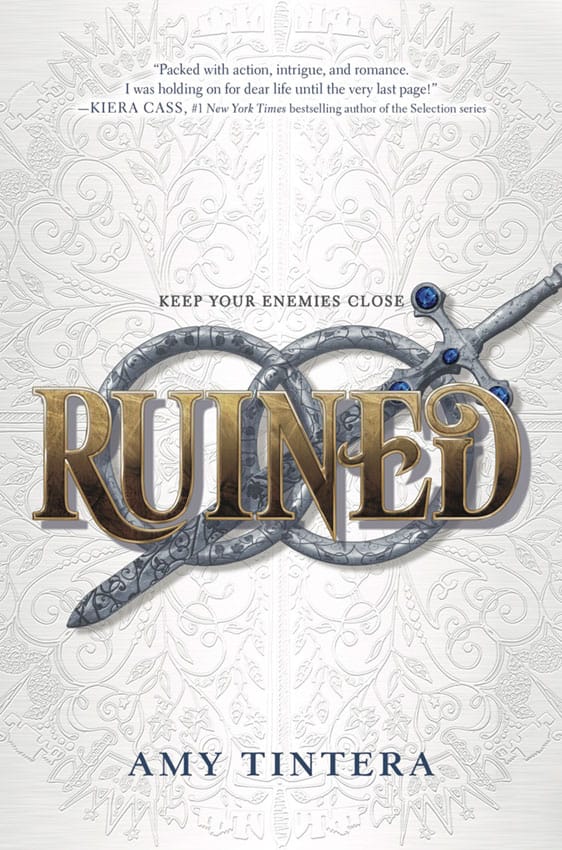 Emelina Flores has nothing. Her home in Ruina has been ravaged by war. She lacks the powers of her fellow Ruined. Worst of all, she witnessed her parents’ brutal murders and watched helplessly as her sister, Olivia, was kidnapped.
But because Em has nothing, she has nothing to lose. Driven by a blind desire for revenge, Em sets off on a dangerous journey to the enemy kingdom of Lera. Somewhere within Lera’s borders, Em hopes to find Olivia. But in order to find her, Em must infiltrate the royal family.
In a brilliant, elaborate plan of deception and murder, Em marries Prince Casimir, next in line to take Lera’s throne. If anyone in Lera discovers Em is not Casimir’s true betrothed, Em will be executed on the spot. But it’s the only way to salvage Em’s kingdom and what is left of her family.
Em is determined to succeed, but the closer she gets to the prince, the more she questions her mission. Em’s rage-filled heart begins to soften. But with her life—and her family—on the line, love could be Em’s deadliest mistake.

Add it to your Goodreads shelf!

EVEN IF THE SKY FALLS by Mia Garcia

This is a standalone, contemporary love story! 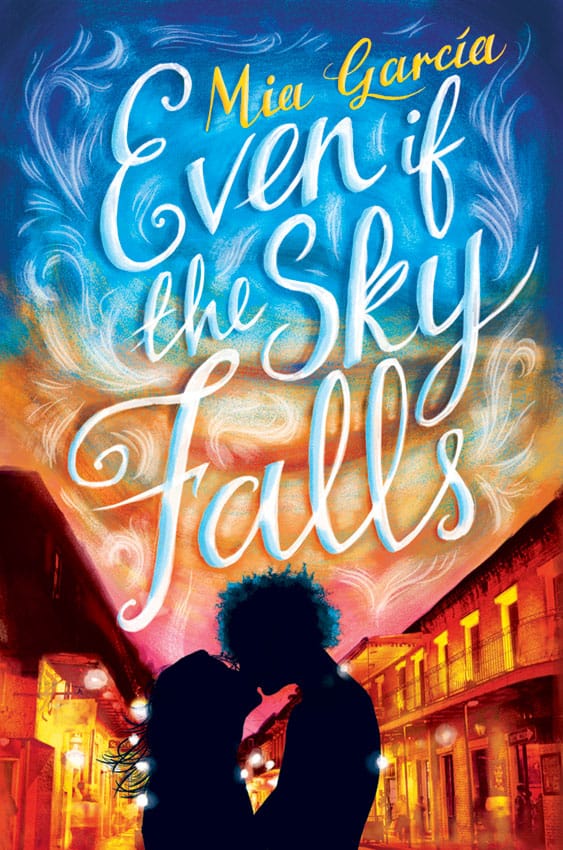 All she needs is one night to be anyone she wants.
Julie is desperate for a change. So she heads to New Orleans with her youth group to rebuild houses and pretend her life isn’t a total mess. But between her super-clingy team leader and her way-too-chipper companions, Julie feels more trapped than ever.
In a moment of daring, she ditches her work clothes for DIY fairy wings and heads straight into the heart of Mid-Summer Mardi Gras, where she locks eyes with Miles, an utterly irresistible guy with a complicated story of his own. And for once, Julie isn’t looking back. She jumps at the chance to see the real New Orleans, and in one surreal night, they dance under the stars, share their most shameful secrets, and fall in love.
But their adventure takes an unexpected turn when an oncoming hurricane changes course. As the storm gains power and Julie is pulled back into chaos she finds pretending everything is fine is no longer an option.
Mia García’s Even If the Sky Falls is a whirlwind twenty-four-hour romance about discovering what it means to feel alive in the face of life’s greatest danger: love.
Even if the Sky Falls goes on sale May 10, 2016.
Add it to your Goodreads shelf!

Tomorrow we’ll be revealing more covers! Stay up to date with all of our cover reveals by following our Cover Reveals Pinterest board!