Our Favorite Tweets from the Dumplin’ Watch Party 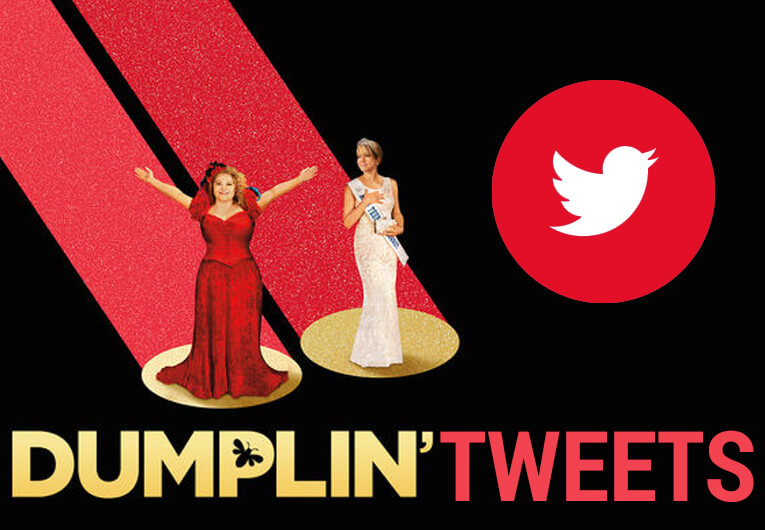 Alright everyone. By now, you should have watched Dumplin’ and laughed and cried and laughed some more, like we did. It premiered on Friday, and we’ve already watched it one or seventeen times (don’t judge us ok). On one of those many, many rewatches, we brought y’all a lil’ Twitter watch party so you could all join in on the fun!

Don’t follow us on Twitter? (You should!) Missed the watch party? (No worries!) We’re bringing you our fave moments from live-tweet, because we can all use a little more Bo in our lives (PETER KAVINSKY WHO?)

From the Dumplin’ Watch Party

Excuse me, Internet? Where can we get a Bo?

Where can I get a Bo #Dumplin pic.twitter.com/5a6Cltr65a

Hannah is all of us, tbh

Audition montages are an art form and I love them #Dumplin pic.twitter.com/z2hOqEo32F

Honestly, this was us for approximately 110 minutes

Bex has some thoughts for you, @WSJ.

The Wall Street Journal review of #Dumplin says “…the token lesbian also seems to be something of a psychopath.” and I want that on my tombstone

We love Sarah Dessen and WE LOVE THAT SHE LOVES DUMPLIN’

Teary as I finish watching #DUMPLIN. I wish it could have gone on forever. Thank you, @andimJULIE!

I am watching #Dumplin and I cannot stop thinking “oh my god this girl is shaped exactly like me”. I’m 31 and I’ve never ever seen a main character in a movie with my specific, underrepresented body type. I just. Thank you @andimJULIE for creating this story. 💗

Just cried my way through the @netflix original #Dumplin.

If this wasn’t one of your favorite moments, did we even watch the same movie??

I think this might be my new favorite thing. #Dumplin @IBexWeBex pic.twitter.com/lREyWsrMjI

We said it once and we’ll say it again—GET YOURSELVES A BO.

Girls, get yourselves a Bo. #Dumplin

THE PEOPLE (OKAY, FINE…WE) HAVE SPOKEN.

Tell us your favorite Dumplin’ moment in the comments below!