How To Write Compelling Imagery In YA Fiction 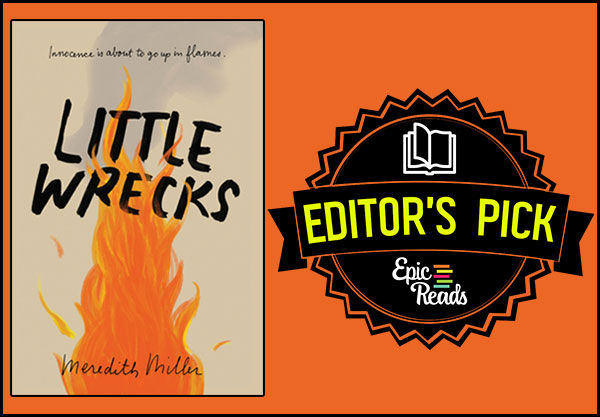 Hey, aspiring writers! Have you ever noticed how some of the best stories have really beautiful, or sometimes really weird, descriptions of scents, sights, or actions? Well, it’s all in the imagery—the focus of this edition of Editor’s Pick! One book with amazing imagery is LITTLE WRECKS by Meredith Miller, and the editor is here to break it down for you!
Editor’s Pick is an ongoing series where we ask editors to break down the mechanics of what makes the writing in some of our favorite books so amazing and give tips on how you can apply it to your own work

How To Write Compelling Imagery In YA Fiction

By Emilia Rhodes
Hello! My name is Emilia Rhodes and I am a Senior Editor at HarperTeen. One of my favorite debut novels of this season is Little Wrecks by Meredith Miller. Little Wrecks is the story of three girls, Ruth, Magda, and Isabel, who all feel trapped in their small town of Highbone on Long Island. They know that underneath the cookie-cutter surface of Highbone lie secrets, indifference, and violence. These three friends will do anything to get out, but nothing comes that easy. This book is explosive, feminist, honest, and raw.
I had only read the first page of Little Wrecks when I just knew this was a book I had to publish. The imagery in the novel is one of the main reasons for that—the imagery immediately brings to life the town of Highbone but also the characters and the unrest they feel. Imagery uses descriptive words, often relating to the five senses, to bring a scene to life. Let’s look at a few examples.

PEOPLE GET FROGS in their pools. The frogs think the pools are ponds, jump in, and can’t get out again. Invisible chlorine seeps through their skin and kills them. On spring mornings, the more fortunate citizens of Highbone wake up to find their swimming pools full of dead or struggling frogs. They stand in their bathrobes with pool nets, fishing them out while their coffee gets cold.

These are the opening lines of the novel and already we understand this will be a novel about suburban unrest. The image of the dead frogs floating in these pools—lured in by safety and burned alive by poison—is a metaphor for Ruth, Isabel, and Magda and how they feel in their town. With this description, you can practically feel the sting of the chlorine. Even without having seen these characters yet, we already know the tension they face because of this use of imagery.

***
“Well, got a match, Magda?” she says.
They all laugh because that is the magic incantation. They can say it whenever they need to, in school or at the beach with a bunch of ridiculous cheerleaders, or in the street when some construction worker offers them five bucks for a blow job. Got a match? And the thought of everything catching and burning will take whatever it is away. Fire makes them feel clean again, takes the wrongness of everything and the blindness of everyone around them away.
The heavy paper of Ruth’s birth certificate makes a green-and-yellow flame. They use that to light the unknown papers, burning Isabel’s secrets in their folds. Over those, Magdalene holds open her father’s book, pages down so they will catch, until the flames come up and nearly light her sleeves. The cover takes ages to burn, and they have to use more matches and some paper bags from the garbage pail behind the bandstand.
Turns out they don’t get caught. Either no one sees the fire behind the bushes at the back of the park, or no one cares. When they’re done, they climb the bank at the side, up through the bushes onto Baywater Avenue.

A bonfire ritual between friends gives us the first introduction to Ruth, Magda, and Isabel together in the novel. We see these girls struggle with the past, their identity, and secrets as they light pieces of their lives on fire. You can almost feel the heat as the fire nearly lights Magda’s sleeves on fire. While the fire may have burned the birth certificate, book, and mystery papers, the secrets are far from up in flames. This first use of fire imagery has ripple effects throughout the book. In fact, fire imagery is such a crucial part of the novel that we had to use it on the cover, too!

***
Before they leave the car, Magdalene leans over into the front and pops Houses of the Holy out of the stereo. She pulls the shiny brown ribbon of tape from the case and ties it to the handle of the blue Nova, then carries the cassette with her. Charlie and Isabel are walking side by side a few steps in front of her. Isabel holds her new book like it doesn’t matter because it doesn’t matter to Charlie.
She goes back to watching the plastic cassette empty out as she walks, noticing the two tiny Phillips-head
screws that hold it together and thinking what she could make with the spooling mechanism inside. The tape flutters down and sticks to the ground behind them, all the way from the car out to the traffic light on Herman Road.
From the sky, the three of them would look like giant snails, leaving an iridescent trail of audiotape. Once they get near the bus stop, Magda puts the empty cassette with the other things in a pocket of her coat. All of it rattles together when she walks.

Magda’s character is always tinkering and fixing things. Mechanics make sense to her in ways her reality does not. Seeing Magda here take the cassette tape and unspool the tape across a mall parking lot is a perfect image for how logic and reality are starting to come apart for her. While Magda can’t yet voice her frustrations, the reader understands she’s coming undone as the cassette tape flutters behind her. The rattling noise at the end of the passage lingers and you can hear the disparate, broken pieces of Magda’s life following her as she walks.
***
As you can see, a vivid image, especially a provocative one as many of these examples are, can go a long way to establishing characters, the tone, and the conflict of a novel. For me, it’s these images that lingered long after I’d finished reading Little Wrecks. Meredith’s use of specific, rich words, like “invisible chlorine seeps through their skin” or “an iridescent trail of audio tape”, that bring to life these images in the reader’s minds. As a result, the story comes to life as well.

To try your hand at creating vivid imagery in your writing, craft a scene centered on one or all of these images. Think about the five senses as they relate to these images or events, and what they might be able to represent for a character or story. Have fun! 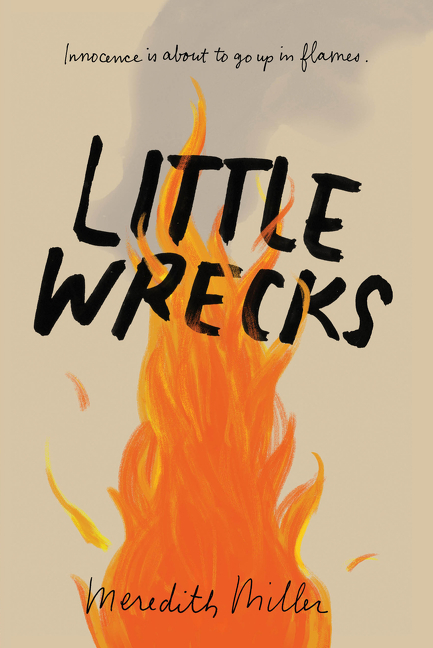 GOT A MATCH?
Ruth, Magda, and Isabel are on the precipice of something. They might finally escape their small town of Highbone, Long Island. They might finally be seen for who they really are—not just young, pretty things up for the taking. Or they might just set Highbone and all its lying, numb residents on fire.
Each girl reaches a breaking point—one last unwelcome touch, one last blind eye turned, one last lie told. It sparks a fire within each of them. But what incites a fury of violence and vengeance might also tear these three friends apart.
These girls can’t save each other. They might not even be able to save themselves.
In this haunting and explosive debut, Meredith Miller explores the truth behind three girls on the cusp of adulthood, and all the shocking realizations that come under the guise of growing up.

What did you write? Share it with us in the comments below! Happy writing!!
Up Next: How To Write Dynamic Secondary Characters