Hey aspiring writers! It’s time for another Editor’s Pick. We’re asking editors to break down the mechanics of what makes the writing in some of our favorite books so amazing, and give tips on how you can apply it to your own work. Today we are #blessed because in response to the AMAZING characters in GRIT, by Gillian French,  Rosemary Brosnan Vice-President and Editorial Director of HarperCollins Children’s Books/HarperTeen is sharing her knowledge on writing secondary characters with us! Check out what Rosemary has to say below, and then try to apply it to your writing!

By Rosemary Brosnan
Hi! I’m Rosemary Brosnan, Vice-President and Editorial Director of HarperCollins Children’s Books/HarperTeen. This month we are publishing GRIT, a novel by the very talented debut author Gillian French. When I first read the manuscript of GRIT, I desperately wanted to publish it—it’s so good! Now I’m fortunate to be Gillian’s editor, and I have signed up two more books after GRIT, so you will be able to read more from this terrific author.
Gillian is from eastern Maine—and since I work in New York City, we haven’t yet met, although we’ve spoken on the phone. Gillian has lived in Maine all her life, and in GRIT, the fictional town of Sasanoa, Maine, is based on the area of Maine where she lives.
Gillian is extremely talented at writing secondary characters who are fully fleshed-out and believable. When you are writing, you will sometimes tend to focus solely on your main character, to the detriment of other characters in the book, which can make for flat secondary characters.
In the excerpts below, from the beginning of chapter two, the author reveals much in few words about two secondary characters: Sarah, who is the mother of the main character, Darcy; and Libby, who is Darcy’s aunt and her cousin Nell’s mother.
––––––––––––––––––––––––––––––––––––––––––– 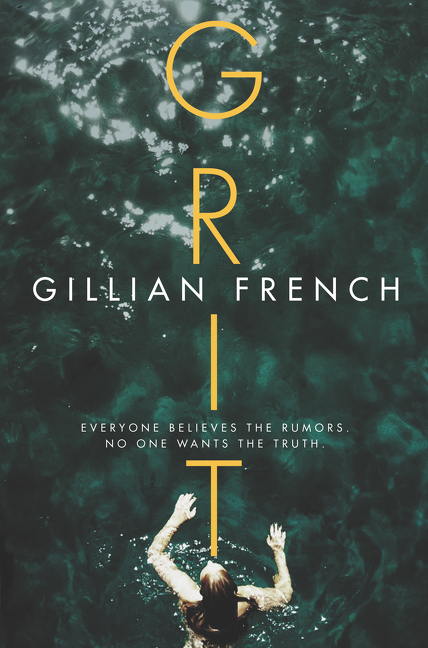 AFTER MY DAD, smoking is Mom’s second true love. Dad died eleven years ago, so Kools are all she has left. She practices her skills every night, blowing rings or letting smoke trickle out her nostrils so slowly it hurts to watch. Sometimes I think she smokes so she won’t have to talk to us. Can’t really blame her when Aunt Libby is around, which is always, because her trailer sits on the edge of our property.
“You’re out of milk here, Sarah.” Libby sticks her head into our Frigidaire so that her rear end blocks my way, like she didn’t know I needed to get by. I have to climb over a chair to get back out to the porch. “This orange juice is expired. You know that?” She holds up the carton and sloshes it around to get Mom’s attention. “You’re gonna need bread. I’ll make French bread, how about that?” She searches the cupboard and sighs, flopping her arms down. “You’re out of flour.”
Mom speaks in her low smoker’s voice, holding her cigarette out to smolder in the muggy air. “And who’re you planning on kissing?” When you look at Mom, you can see what Mags and I will look like in twenty years or so: sandy blond hair, wide-spaced blue eyes that tilt up at the corners like a cat’s, short nose, pointed chin.
My gaze slides to Nell, but she doesn’t miss a beat. “None of those blueberry rakers, that’s for sure. They’re not gentlemanly.” We crack up again. “Well, they’re not.”
“What’re you talking about, Nellie Rose?” Libby leans in the doorway. She thinks Nell gets this stuff from The Young and the Restless. “You better watch yourself.”
“How can I watch myself? I don’t have eyes in the back of my head.” Nell laughs and laughs like it’s the best joke ever, which gets Mags and me going again.
Libby puts her hands in the pockets of her denim jumper. That’s how she dresses, like a Pentecostal, even though we’re all lapsed Catholics: long hems and long braids and granny specs perched on the end of her nose. “Somebody mind telling me how I’m supposed to fix a celebration supper if I got nothing to work with?” She gives us a sly look as we turn to stare at her.
Mom grinds out her cigarette in a coffee cup. “You finally going to tell them?”
“What? Who?” Nell sits up. “Me?”
“You made it baby.” Libby smiles. “Got the call today. You’re gonna be a Princess.”
Mom clears her throat. “That ain’t all the news, Lib.” Libby hugs Nell to her and lifts her chin stubbornly, saying nothing. Mom looks at me, and I stop in mid-cut. “Lady from the Festival Committee left you a message, too, Darce. You were nominated.”
Mags’s mouth drops open, and then she falls over laughing. I stare at Mom, waiting for her to crack up, but when I see how sour Libby looks, I know it’s no joke. I burst out, “By who?”
Mom shrugs. “You know that’s kept secret. Guess you got a fan.” And that’s all I’ll get out of her tonight.
Nell screams and pulls me into a hug that makes my spine pop, jerking me up and down. Meanwhile, my darling sister gasps and takes off her glasses to wipe her eyes. “Oh my God … Wow …”
For supper, we eat spaghetti and a pound cake Mom’s been hiding in the freezer behind last summer’s zucchini. I stab my fork into my plate harder than I need to, refusing to look at anyone, waiting for the world to come back into focus. Every time Nell shakes my arm and says, “Isn’t it awesome? We get to do it together!” Libby adds something like, “Lots of girls make the first round, you know,” or “Winning Queen is about more than just looks,” until I spill my iced tea accidentally-on-purpose to give her something else to bitch about.
­­­­­­­­­_______________________________________________
Gillian French reveals a great deal about Sarah and Libby in these short scenes, not only through descriptions but also through dialogue and the characters’ actions. From the first scene in which we meet Libby and she is criticizing Sarah for having expired orange juice in the refrigerator and bossing her around, we get an idea of her character. She’s not very likable, but the author does not have to tell us that—she shows us through Libby’s dialogue and actions. Later in the scene, Libby’s jealousy of her niece, Darcy, and her protective feelings toward her daughter, Nell, shine through when she discounts Darcy’s nomination for Bay Festival Princess. How does Darcy feel about her aunt? How can you tell?
What can you tell about Sarah from this scene? Is the family wealthy or struggling? How can you tell? What does the pound cake hidden in the freezer tell you about this family? Is Sarah expressive or reserved? And how do you think she feels about her sister, Libby? Notice the way the author shapes this short scene to reveal a great deal.               As an editor, I often see novice writers describing their characters right on the first page by having the characters pass a mirror, or by using another artificial device. Take your time, trust yourself as a writer, and let your characters reveal themselves throughout the story.
Here is a writing prompt to help you create believable, rounded secondary characters:
Imagine you are writing a YA novel in which your main character has two friends—one a supportive, true friend, and the other a backstabber. Your protagonist is not a very good judge of character and can’t see which friend is true blue and which one is not. But you want the reader to see. You want to reveal the characteristics of the secondary characters by showing, rather than telling, the reader.

Write four different scenes, in which the main character…

Have fun, and keep writing!

What other topics would you like to hear about in future editor’s choice posts? Tell us in the comments below!
Up Next: Editor’s Pick: How to Write Great Subtext in YA Dialogue