Deadly Magic, Double Crosses, and Dangerous Adventures Await You in These Rebel Waves

Are you ready to set sail with These Rebel Waves? We hope you said yes because we NEED you to join in on our obsession with this thrilling new fantasy series from Sara Raasch. You might remember her as the author who wrote the epic Snow Like Ashes series, and trust us, she has penned another truly revolutionary story in this first installment of the Stream Raiders series. Let us break down everything you need to know about this fantasy world full of deadly magic and dangerous adventures!

Welcome to Grace Loray, where magic grows in plants along the rivers and pirates known as Stream Raiders fight to protect their people. The small island might have finally won its freedom, but double crosses are all too common and tensions still run high. This is THESE REBEL WAVES, the revolutionary fantasy novel by Sara Raasch.
Lu was just a child when the revolution first came to Grace Loray, but that didn’t stop her from joining the fight. She’d heard the stories. Grace Loray was a place of freedom and possibilities. It welcomed people from the five nearby nations, and everyone lived in peace—until Argrid claimed it as its own.
Their reign was strict and cruel. Magic, they declared, was forbidden.
But a growing rebellion was ready to fight back and keep the magic trade alive.
Working as a spy, Lu helped her parents and the other rebels convince the Stream Raider syndicates to unite. They battled hard, overthrew Argrid, and reclaimed Grace Loray as a free island. The price? Lu will never forget the nights spent awake, listening to the chaos of battle.
So when peace talks start to fall apart, an Argridian delegate disappears, and the Stream Raiders are blamed, she’s determined not to let their efforts go to waste. Something isn’t adding up. For one thing, Lu knows they’re wrong about the magic supposedly involved. And Argrid demands swift, brutal justice, so why would the raiders risk the very freedom they’ve fought for?
She enlists the help of Devereux Bell, an infamous raider who knows the island better than anyone. Together, they’ll have to venture across ports, through jungles, and down waterfalls, working with other deadly raiders along the way. Allies are important if you want to find someone who might be missing. Oh—but first she’ll need to break Vex out of jail before his execution.
Meanwhile, the king of Argrid has his own plans across the sea. He recruits the crown prince Ben to study the very magic outlawed and despised by their society. Ben is secretly fascinated by the magic—but still remembers watching his uncle and cousin burn for dealing in it. To say he’s suspicious of his father’s motives would be an understatement.
As their investigations and adventures collide, these three might not only protect the future they’re fighting for—but change it altogether.
Deadly magic and dangerous missions await you in These Rebel Waves, should you choose to set sail.


About These Rebel Waves 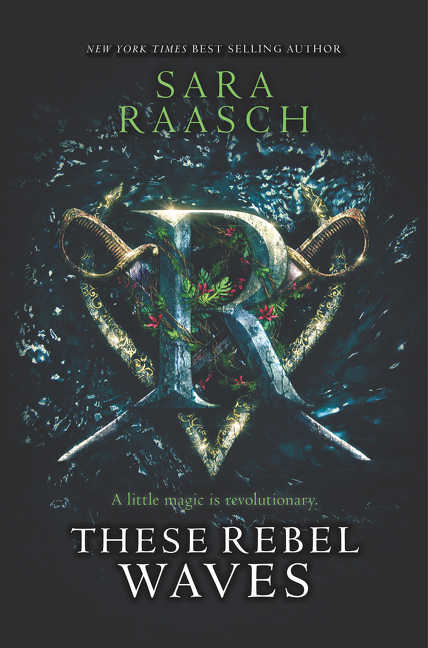 Adeluna is a soldier. Five years ago, she helped the magic-rich island of Grace Loray overthrow its oppressor, Agrid, a country ruled by religion.
But adjusting to postwar life has not been easy. When an Argridian delegate vanishes during peace talks with Grace Loray’s new Council, Argrid demands brutal justice—but Lu suspects something dangerous is at work.
Devereux is a pirate. As one of the stream raiders who run rampant on Grace Loray, he scavenges the island’s magic plants and sells them on the black market. But after Argrid accuses raiders of the diplomat’s abduction, Vex becomes a target. An expert navigator, he agrees to help Lu find the Argridian—but the truth they uncover could be deadlier than any war.
Benat is a heretic. The crown prince of Argrid, he harbors a secret obsession with Grace Loray’s forbidden magic. When Ben’s father, the king, gives him the shocking task of reversing Argrid’s fear of magic, Ben has to decide if one prince can change a devout country—or if he’s building his own pyre.
As conspiracies arise, Lu, Vex, and Ben will have to decide who they really are . . . and what they are willing to become for peace.

What do you think? Will you be reading These Rebel Waves? Tell us in the comments!
Up next: