Everything You Need to Know About RUINED by Amy Tintera

Basically, If you combine the epic high stakes of Red Queen with the swoony romance of The Selection you get RUINED, the first book in a new trilogy by Amy Tintera.

In the kingdom of Ruina, the Ruined are a group of people who have special powers like strength, ability to control the elements, and speed. They are also marked by patterns on their skin. The more markings they have, the more powerful they are. 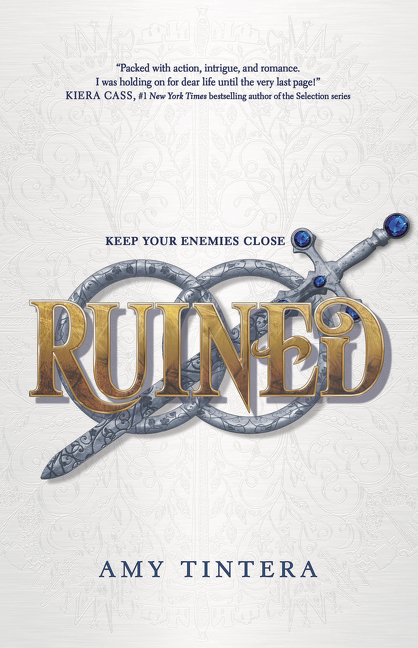 But the people of the neighboring kingdom of Lera want to destroy those powers and therefore the two kingdoms are at war.
Em is the daughter of the most powerful Ruined queen but she herself has no powers, and no markings, setting her apart from her family and her people. But what she does have is plan.
After her parents were brutally murdered and her sister captured by Lera, her goal is revenge—and to bring the Ruined people back to glory.
The plan is simple.

Everything is going according to plan, until Em gets to know the prince and her rage-filled heart begins to soften. With the fate of her people on the line, falling in love could mean losing it all.
Em knows she has to keep her enemies close, but how will she get inside their heads without letting them inside her heart?