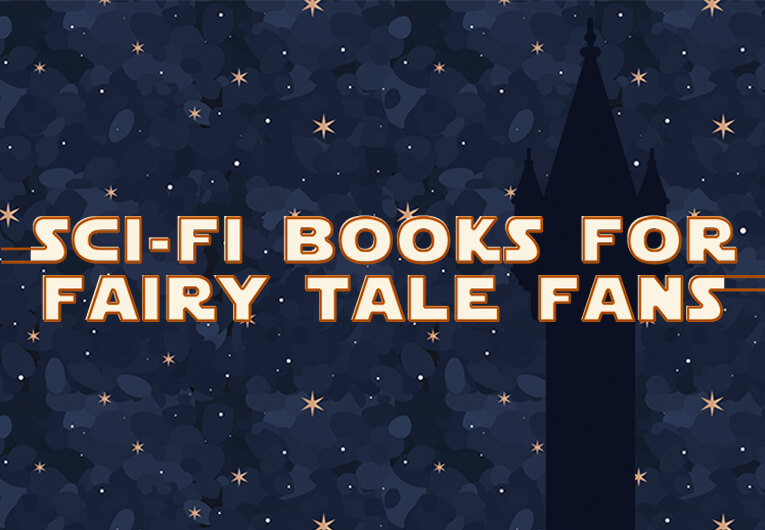 Is there anything better than a fairy tale or classic story retold in a fresh new perspective? We don’t think so—in fact, we dedicated an entire challenge in our Year of Epic Reads to them! But we’re looking past even the standard retelling, because there are plenty of literature options for people who love the fantastical and consider themselves fairy tale fans.

Why not look for something a little more… out of this world?

The stars are the limit when it comes to spectacular sci-fi books imbued with the heart of stories we know well and love. So if you’re looking for your next read and want something out of this world, here are seven books that touch the stars without leaving behind the legends of the past!

If you haven’t entered the world of the Lunar Chronicles yet, we guarantee you won’t regret it. It’s like, Cinderella meets Star Wars. This story hits all the right buttons for a fairy tale-loving heart! 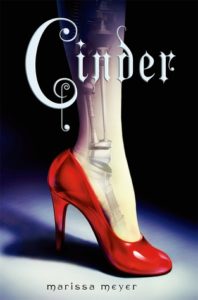 Humans and androids crowd the raucous streets of New Beijing. A deadly plague ravages the population. From space, a ruthless lunar people watch, waiting to make their move. No one knows that Earth’s fate hinges on one girl…

Cinder, a gifted mechanic, is a cyborg. She’s a second-class citizen with a mysterious past, reviled by her stepmother and blamed for her stepsister’s illness. But when her life becomes intertwined with the handsome Prince Kai’s, she suddenly finds herself at the center of an intergalactic struggle, and a forbidden attraction. Caught between duty and freedom, loyalty and betrayal, she must uncover secrets about her past in order to protect her world’s future.

2. Heart of Iron by Ashley Poston

With a touch of Anastasia and the heart of the show Firefly, this book is filled with romantic tension, fast-paced adventure, intergalactic heists, and a royal conspiracy that one of our fave rag-tag casts gets dragged into. 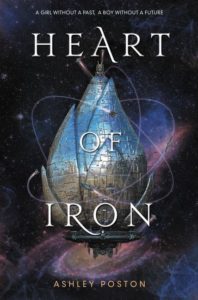 Seventeen-year-old Ana is a scoundrel by nurture and an outlaw by nature. Found as a child drifting through space with a sentient android called D09, Ana was saved by a fearsome space captain and the grizzled crew she now calls family. But D09—one of the last remaining illegal Metals—has been glitching, and Ana will stop at nothing to find a way to fix him.

Ana’s desperate effort to save D09 leads her on a quest to steal the coordinates to a lost ship that could offer all the answers. But at the last moment, a spoiled Ironblood boy beats Ana to her prize. He has his own reasons for taking the coordinates, and he doesn’t care what he’ll sacrifice to keep them.

When everything goes wrong, she and the Ironblood end up as fugitives on the run. Now their entire kingdom is after them—and the coordinates—and not everyone wants them captured alive.

With hints of the fairy tale The Prince and the Pauper—but with all the danger and excitement of a high-stakes fantasy, this story could be your next obsession. 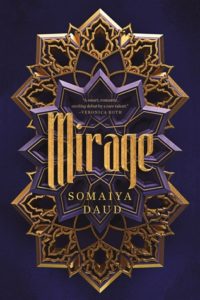 In a star system dominated by the brutal Vathek empire, eighteen-year-old Amani is a dreamer. She dreams of what life was like before the occupation; she dreams of writing poetry like the old-world poems she adores; she dreams of receiving a sign from Dihya that one day, she, too, will have adventure, and travel beyond her isolated moon.

But when adventure comes for Amani, it is not what she expects: she is kidnapped by the regime and taken in secret to the royal palace, where she discovers that she is nearly identical to the cruel half-Vathek Princess Maram. The princess is so hated by her conquered people that she requires a body double, someone to appear in public as Maram, ready to die in her place.

As Amani is forced into her new role, she can’t help but enjoy the palace’s beauty—and her time with the princess’ fiancé, Idris. But the glitter of the royal court belies a world of violence and fear. If Amani ever wishes to see her family again, she must play the princess to perfection…because one wrong move could lead to her death.

This story is perfect for fans of Romeo and Juliet who want a stunning and punk spin on the classic. 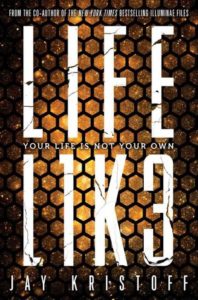 On a floating junkyard beneath a radiation sky, a deadly secret lies buried in the scrap.

Eve isn’t looking for secrets—she’s too busy looking over her shoulder. The robot gladiator she’s just spent six months building has been reduced to a smoking wreck, and the only thing keeping her Grandpa from the grave was the fistful of credits she just lost to the bookies. To top it off, she’s discovered she can destroy electronics with the power of her mind, and the puritanical Brotherhood are building a coffin her size. If she’s ever had a worse day, Eve can’t remember it.

But when Eve discovers the ruins of an android boy named Ezekiel in the scrap pile she calls home, her entire world comes crashing down. With her best friend Lemon Fresh and her robotic conscience, Cricket, in tow, she and Ezekiel will trek across deserts of irradiated glass, infiltrate towering megacities and scour the graveyard of humanity’s greatest folly to save the ones Eve loves, and learn the dark secrets of her past.

5. Of Beast and Beauty by Stacey Jay

For those of who cannot get enough Beauty & the Beast retellings, this story will fill that familiar piece of your soul while dazzling you with a new futuristic world. 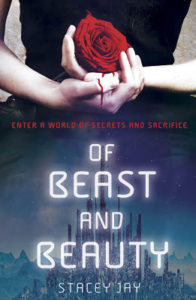 In the domed city of Yuan, the blind Princess Isra, a Smooth Skin, is raised to be a human sacrifice whose death will ensure her city’s vitality. In the desert outside Yuan, Gem, a mutant beast, fights to save his people, the Monstrous, from starvation. Neither dreams that together, they could return balance to both their worlds.

Isra wants to help the city’s Banished people, second-class citizens despised for possessing Monstrous traits. But after she enlists the aid of her prisoner, Gem, who has been captured while trying to steal Yuan’s enchanted roses, she begins to care for him, and to question everything she has been brought up to believe.

This Jane Eyre among the stars will hit all the feels—especially with the brooding romance from the original we know and love. 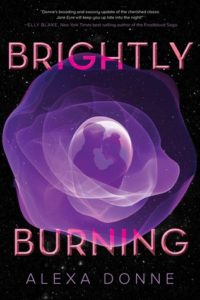 Seventeen-year-old Stella Ainsley wants just one thing: to go somewhere—anywhere—else. Her home is a floundering spaceship that offers few prospects, having been orbiting an ice-encased Earth for two hundred years. When a private ship hires her as a governess, Stella jumps at the chance. The captain of the Rochester, nineteen-year-old Hugo Fairfax, is notorious throughout the fleet for being a moody recluse and a drunk. But with Stella he’s kind.

But the Rochester harbors secrets: Stella is certain someone is trying to kill Hugo, and the more she discovers, the more questions she has about his role in a conspiracy threatening the fleet.

This clever retelling of Snow White with a smart, code-savvy heroine will be the fairest of them all on your bookshelf! 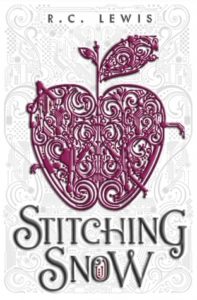 Princess Snow is missing. Her home planet is filled with violence and corruption at the hands of King Matthias and his wife as they attempt to punish her captors. The king will stop at nothing to get his beloved daughter back—but that’s assuming she wants to return at all.

Essie has grown used to being cold. Temperatures on the planet Thanda are always sub-zero, and she fills her days with coding and repairs for the seven loyal drones that run the local mines.

When a mysterious young man named Dane crash-lands near her home, Essie agrees to help the pilot repair his ship. But soon she realizes that Dane’s arrival was far from accidental, and she’s pulled into the heart of a war she’s risked everything to avoid. With the galaxy’s future—and her own—in jeopardy, Essie must choose who to trust in a fiery fight for survival.