Cover reveal week is upon us and each day this week we have exclusive cover reveals for upcoming Fall HarperTeen books! Today we are revealing the covers for Catacomb by Madeleine Roux (final book in the Asylum trilogy), Truest by Jackie Lea Sommers and Fans of the Impossible Life by Kate Scelsa! 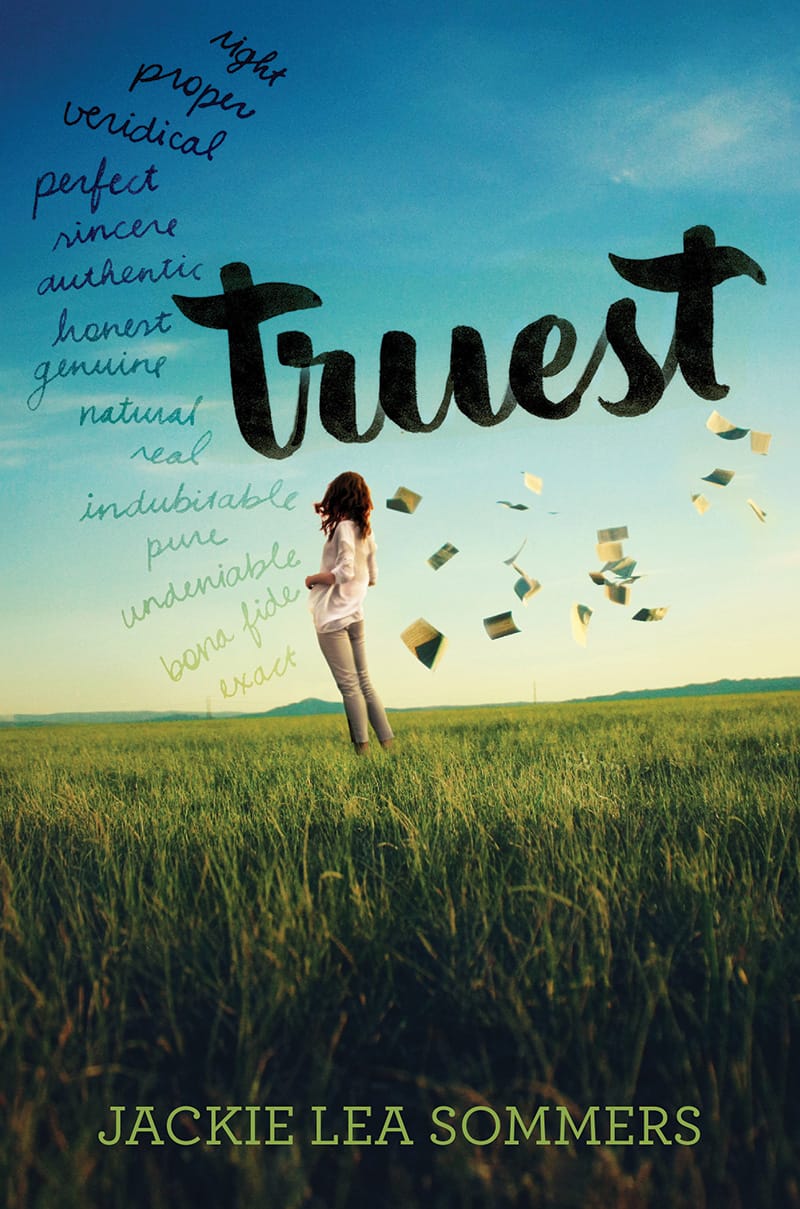 Westlin Beck is feeling blurry.
Maybe she’s missing Elliot, who’s working from dawn to dusk on his dad’s farm and has no time for his girlfriend. Or Trudy? West’s best friend and car-detailing partner ditched her to be a camp counselor. What’s up with that? Maybe it’s her dad who never seems to put their family first. Pastor Beck is Green Lake’s most self-sacrificing clergyman. How does he find time to listen to everyone in town, except for his own daughter?
But then there’s Silas Hart. Silas. Silas. Silas. He comes to town with his fancy house and his sad, waifish twin sister and just like that—becomes West’s daily routine. How did that happen? West knows that with Silas, she has not only someone to share her stories with, but someone who has a thing or two to show her. And turns out, she really likes it. Silas makes West feel less blurry.
But what about Silas’s sister? What’s wrong with her? And what about Elliot—the boyfriend she’s supposed to love? West is learning that there are no easy answers.
Truest goes on sale September 1st!
Follow Jackie Lea Sommers on Twitter!

FANS OF THE IMPOSSIBLE LIFE by Kate Scelsa 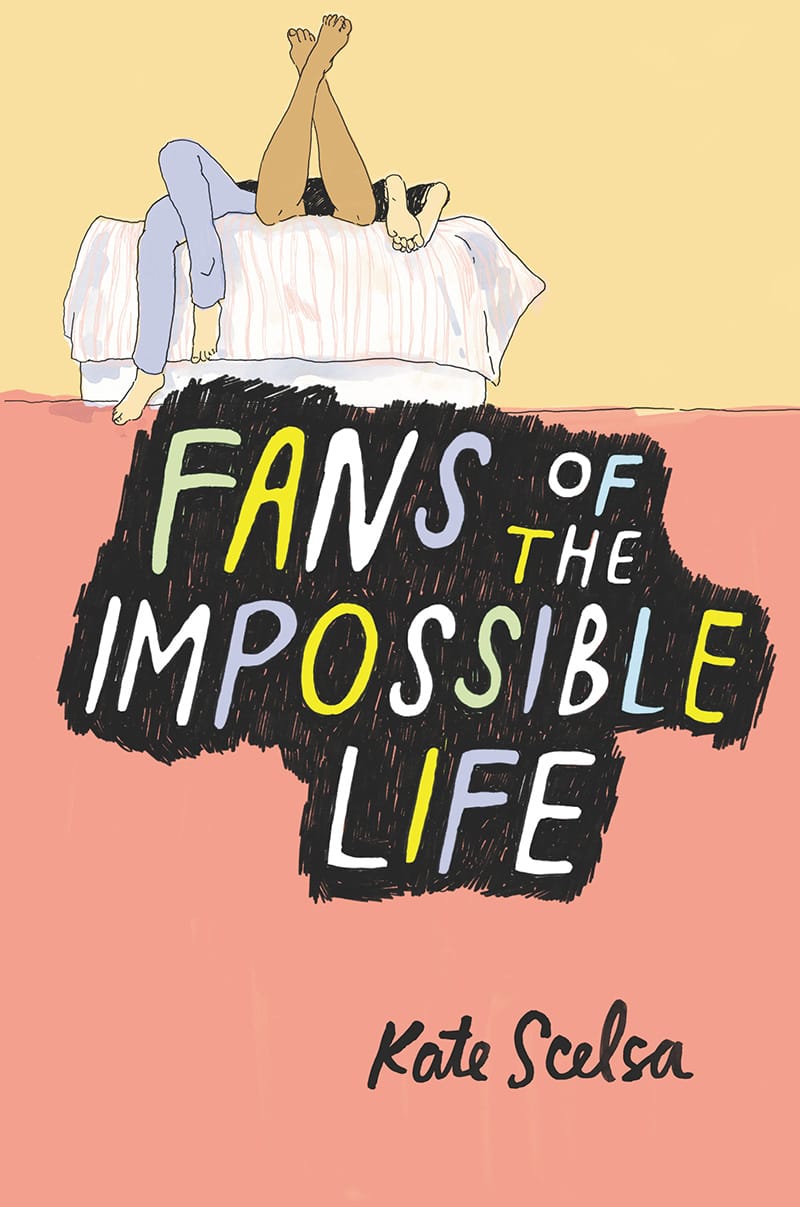 Ten months after her reoccurring depression landed her in the hospital, Mira is starting over at Saint Francis Prep. She promised her parents she would at least try to pretend that she could act like a normal functioning human this time, not a girl who sometimes can’t get out of bed for days on end, who only feels awake when she’s with Sebby.
Jeremy is the painfully shy art nerd at Saint Francis who’s been in self-imposed isolation after an incident that ruined his last year of school. When he sees Sebby for the first time across the school lawn it’s as if he’s been expecting this blond, lanky boy with a mischief glinting in his eye.
Sebby, Mira’s gay best friend, is a boy who seems to carry sunlight around with him like a backlit halo. Even as life in his foster home starts to take its toll, Sebby and Mira together craft a world of magic rituals and secret road trips, designed to fix the broken parts of their lives.
As Jeremy finds himself drawn into Sebby and Mira’s world, he begins to understand the secrets that they hide in order to protect themselves, to keep each other safe from those who don’t understand their quest to live for the impossible.
A captivating and profound debut novel, Fans of the Impossible Life is a story about complicated love and the friendships that change you forever.
Fans of the Impossible Life goes on sale September 8th!
Follow Kate on Twitter! 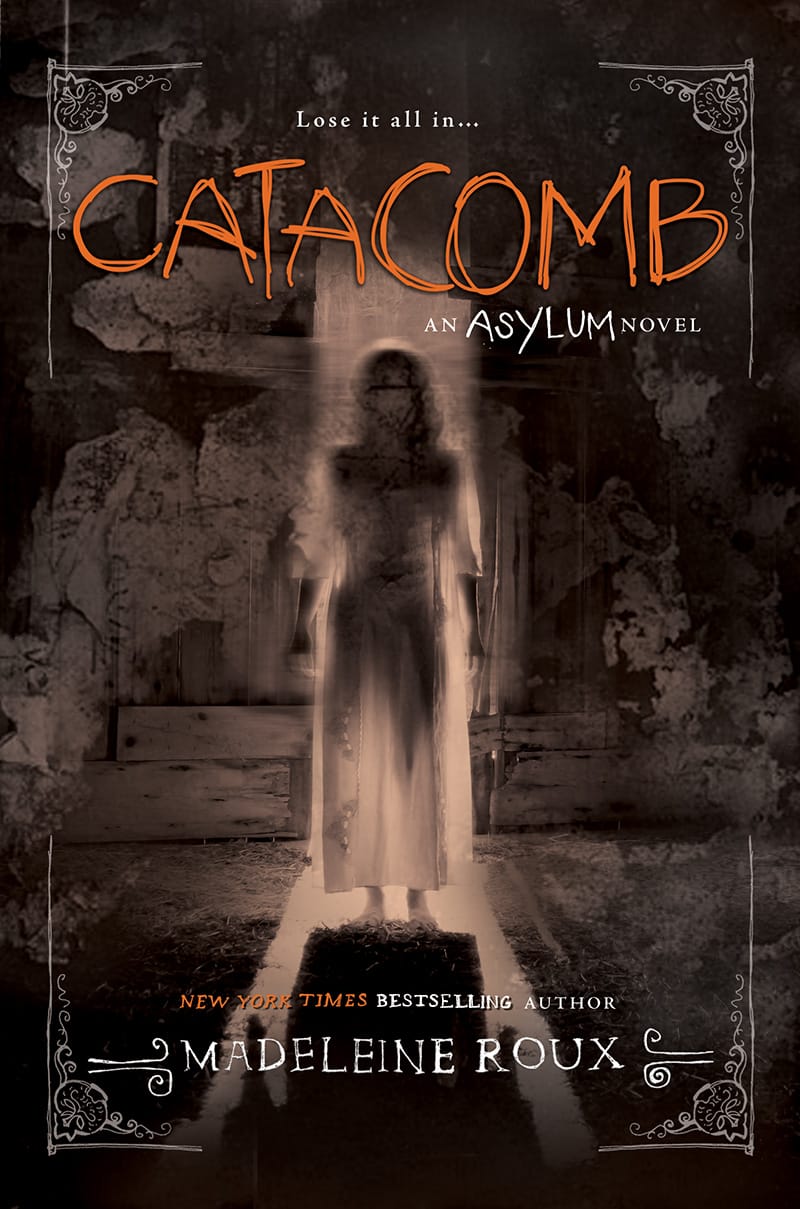 Sometimes the past is better off buried.
Senior year is finally over. After all they’ve been through, Dan, Abby, and Jordan are excited to take one last road trip together, and they’re just not going to think about what will happen when the summer ends. But on their way to visit Jordan’s uncle in New Orleans, the three friends notice that they’re being followed…and photographed. Then Dan starts receiving messages from someone he didn’t expect to hear from again—someone who died last Halloween.
When the trio arrives in New Orleans and the strange occurrences only escalate, Dan is forced to accept that everything that has happened to him in the past year may not be a coincidence, but fate—a fate that ties Dan to a group called the Bone Artists, who have a sinister fascination with notorious killers of the past.
Now, Dan’s only hope is that he will make it out of his senior trip alive.
Catacomb goes on sale September 1st!
Follow Maddie Roux on Twitter!

There are three completely different styles going on here, so we want to know, which cover design is your favorite? Tell us in the comments below!