10 #Famous Memes Reimagined as YA Novels

What if your favorite Internet memes came to life….as YA novels? How great/terrible/WTF would that be?
Before we get to the memes, we should probably give you a quick overview of why we are even putting up this blog post in the first place.

This YA Book Is Based On A Meme 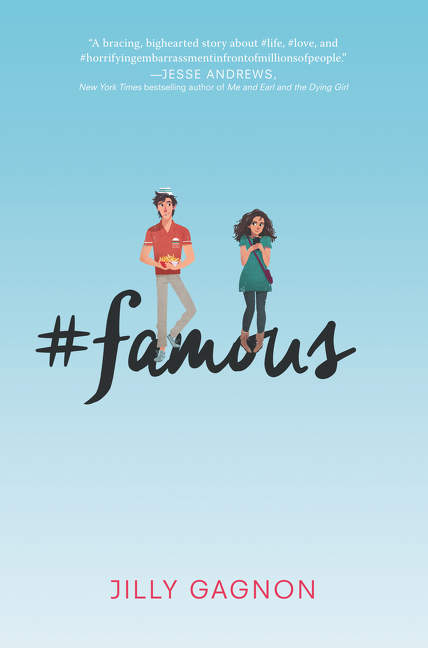 #Famous is a brand new young adult novel (fresh on sale as of this week) and is basically our social media worst nightmare and our ultimate fantasy. Girl likes boy. Girl snaps photo of boy and posts it online. Photo of boy goes viral and boy becomes internet famous.
Sound familiar? Yep, that’s because this instalove YA is loosely inspired by #AlexfromTarget. Alex got #famous after a girl who thought he was cute tweeted a photo of him. Long story short, the picture spread like wild fire and the kid ended up The Ellen show! If that’s not the dream then I don’t know what is…..

Memes That Should Be Retold As Books

We asked Jilly Gagnon, the author of #Famous, what other memes she thought would make excellent YA books and she came up with this hilarious list. It’s so spot on that we decided to share it with you! #yourewelcome

The YA Novelization of Ermahgerd Girl:

Lucinda always thought her Gran’s “legends of the old country” were just silly stories meant to creep her out. Ghosts that give you terrible hair? Terrifying creatures lurking under your bed, knitting all your coolest clothes into hideous, circus-tent vests? Even as a kid she never believed in that.
…that is until one night when, reading her trusty Goosebumps novels, Lucinda came across a hand-written poem on the flyleaf. The words were so strange—“take my face and make it freeze/in a sneer, almost a sneeze…”
As she reads the words aloud, the clock strikes midnight. The next morning, she wakes up to discover her face HAS frozen that way! And judging by her whole look, all Gran’s other stories were true, too!
Now Lucinda has to use the power of her Gran’s legends—and of the super-awesome Goosebumps series—to save herself from a hideous (literally) fate, before it’s too late!

The YA Novelization of Evil Kermit

In this retelling of the classic Jekyll and Hyde story, one teen is forced to choose between doing the right thing…and doing the fun thing, while wearing a seriously awesome hood.
Spoiler: the hood is way too chic to pass up.

The YA Novelization of The Mannequin Challenge:

At La Vie est Belle academy, the most prestigious girls-only boarding school on the eastern coast of 1961, appearances are everything. The girls study literature and mathematics, of course, but they also study the Flirtation Arts, Advanced “Natural” Makeup Looks, and Pretty Crying for Profit and Presents.
Each term culminates in a schoolwide competition, “The Mannequin Challenge,” in which the school’s most highly-covetable prospects stand off against one another—literally—in a beauty endurance test like no other.
Flossie Prettington comes from a long line of LVeB alums, and the pressure for her to win this year’s challenge is coming from all sides—her teachers (who place bets on which student they think will win); her best friend Orion, who lost her chance at the title after she audibly farted her sophomore year; and of course her family, headed by the imperious, still-handsome Mimi (“Grandma” just sounds so old).
But Flossie has a different plan for the competition, one involving edgy hair, clothes that don’t hurt, and worst of all, disregard for the yearly “male preferences” poll from neighboring Mansplain Academy. Will she be able to stand up for the sartorial choices she believes in? Or will she be stuck holding a pose?

The YA Novelization of Phelp’s Face:

In a future where the oceans have risen dramatically, swimming isn’t just Hunter’s passion, it’s essential to his survival.
…and to the survival of his family. If he can’t swim a shipment of canned goods back from the Stadium, the central location where dwindling food supplies are rationed out daily, they might starve, or worse, be stuck with only sushi as an option.
There’s just one thing standing in between Hunter and his family’s survival: Michael Phelps.
And he’s pissssssssed.

The YA Novelization of Pizza Rat:

REDWALL meets THE MAZE RUNNER in this fight for the survival of the species…of rats.
The sterile white walls of laboratory 8312 are all young Poppy have ever known. Raised in the same glass enclosure as her parents and 42 siblings, she spends every morning hitting a lever for her food, and every afternoon training in The Labyrinth, a grueling maze where the routes never stay the same for more than…well, it always seems like the mazes change when the food the lever-chute spits out—and the shape and color of the little chalky round things the Scientists “hide” inside it—changes. Almost like they’re connected or something.
One day, though, Poppy wakes up and the lever doesn’t work. And no one comes to take her to the labyrinth. While all around her friends and family cower in fear, Poppy uses her Labyrinth training to unlock the ceiling. She makes her escape into the empty, dimly-lit laboratory (all the suns on the ceiling are out! What’s happening?), and from there, teams up with a group of rogue teens who convince her to join them on a quest for the most elusive prize of all: not the treat at the end of the maze, but an entire slice of pizza, a treat so massive, so luscious, that Poppy believed it had to be a myth.
The only problem? To find it, she’ll have to venture… outside. And once Poppy leaves the only home she’s ever known, she realizes all her “training” hasn’t prepared her to face…the sewers.

The YA Novelization of Joe Biden:

In this heartwarming tale of friendship and washing Camaros, Barack, the new kid in town, fears he’ll always be a target for bullies…that is until Joe Biden, the older kid from down the block, inexplicably decides to befriend the new kid with the big dreams and even bigger ears.
But will their friendship be strong enough to survive Mitt, the school bully threatening to forcibly cut Barack’s hair into “ship-shape?”
This heartwarming coming-of-age story proves that friendship is stronger than really, really fixed smiles…or electric razors.

The YA Novelization of Arthur’s Fist:

Everything in Elwood City seems happy. Every petty squabble is resolved quickly, with heartwarming background music, and even the boring kids are accepted readily.
It’s perfect. Too perfect.
Arthur has always felt like something was off about the idyllic town he grew up in, but when his best friend Buster is sent off to “summer camp” and comes back totally-not-annoying, he knows something is horribly wrong. The inhabitants are being brainwashed by the Elwood City government; their entire placid, interspecies existence is a farce!
Unwilling to stay in a world of phony smiles and pat plot resolutions, Arthur starts a secret rebellion, “The Fist,” whose members identify each other by their clenched sign of resistance.
Can Arthur use The Fist to smash the grins off his fascist rulers’ faces? Or will it wind up punching him into submission…cheery, heartwarming submission?

The YA Novelization of Drake Sitting On Things:

Graham Mallory sits on stuff all the time. He sits on the bus to get to school, sits in his desk for almost every class, even sits at a table of not-popular, but not-tragic, kids during lunch.
But suddenly Drake comes in and sits on something and it’s like it’s some big thing? What the hell?
Told from an outsider’s perspective, this tongue-in-cheek takedown of the classic young adult “chosen sitter” trope is a hilarious and heartwarming story about being yourself…and standing up occasionally. Seriously, it’s important for your health. 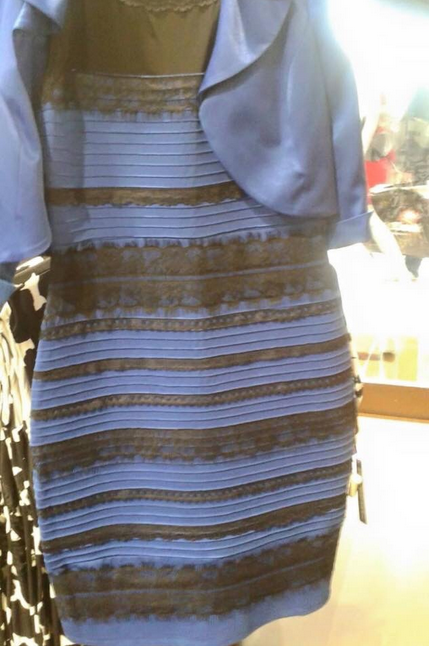 The YA Novelization of The Dress:

Emiliss can’t remember a time before the Divide. Where she lives, on the outskirts of District Minneapolis, everyone wears gold and white exclusively, signaling their allegiance to farming and dairy, the staples they deliver to The Leadership. She’s heard of other districts wearing other colors, but she’s never been to any. Maybe if the big-metal-tubes-with-wings could actually fly, like Crazy Grandma Jabber-on claims they once did, she could find out.
One day, sneaking out to hunt food for her family, and to non-conform, she spots something she’s never seen before.
Her clothes don’t look like they used to…they look…blue. And black. Colors she’s only heard about in legend, but which she recognizes intuitively, because she’s extremely special.
When she tries to tell her father what she’s seen, he tells her to be silent—seeing blue is a sign of potential free-thought, and a sure way to draw the government’s nuclear arsenal down on her whole family. Just as he’s telling her how to use her power to save her fellow District Minneapolisers from the enslaved hell they’ve been living in, though, he’s murdered by a brutal deployment from The Leadership.
A deployment wearing blue and black.
Confused, terrified, and suddenly certain she’s clashing, Emiliss sets out to bring color back to her world. But will her quest to reveal the secrets of blue and black to her fellow District Minneapolisers leave her…black and blue??

The YA Novelization of Damn, Daniel:

This isn’t actually a novel idea, it’s what I say to myself in the mirror after I reread the last line of that last story idea.
Because seriously. Dammmmmn. That’s just brutal.
Why Daniel? Sometimes it’s easier to take criticism when it doesn’t feel so personal.