The Fantastical Creatures In This Gothic Novel Are Gorgeous… and Terrifying

Move over Newt Scamander—the HOUSE OF FURIES series by Madeleine Roux has some truly fantastical creatures that will creep you out in the best way! This gothic fantasy trilogy stars Louisa Ditton, a girl who discovers she’s a changeling and works at a boarding house owned by Henry Morningside—AKA the devil himself.

Why yes, "dark gothic fantasy" are three words that make us auto-buy a book… and such gorgeous art doesn't hurt either 😍💀 https://t.co/9wx6Vo9SeY pic.twitter.com/d8qMZWizqN

In book #2, COURT OF SHADOWS, Henry is on trial for a few things that went awry in the previous book and he needs Louisa’s help translating a mysterious journal that might just hold the key to saving him. We don’t want to spoil anything, so we’ll just say that this journal was written by a man thousands of years ago who encountered all sorts of dangerous creatures that tried to prevent him from completing a SUPER important mission.
Louisa, of course, doesn’t understand the significance of his story—until some of those same creatures begin resurfacing in her own life! Take a sneak peek at some of the creatures Louisa may or may not meet, courtesy of these amazing videos and sketches of the illustrations by artist Iris Compiet. And yes, all of these illustrations are in COURT OF SHADOWS!

Check out the Fantastical Creatures of Court of Shadows!

1. You may think this is just a tree… 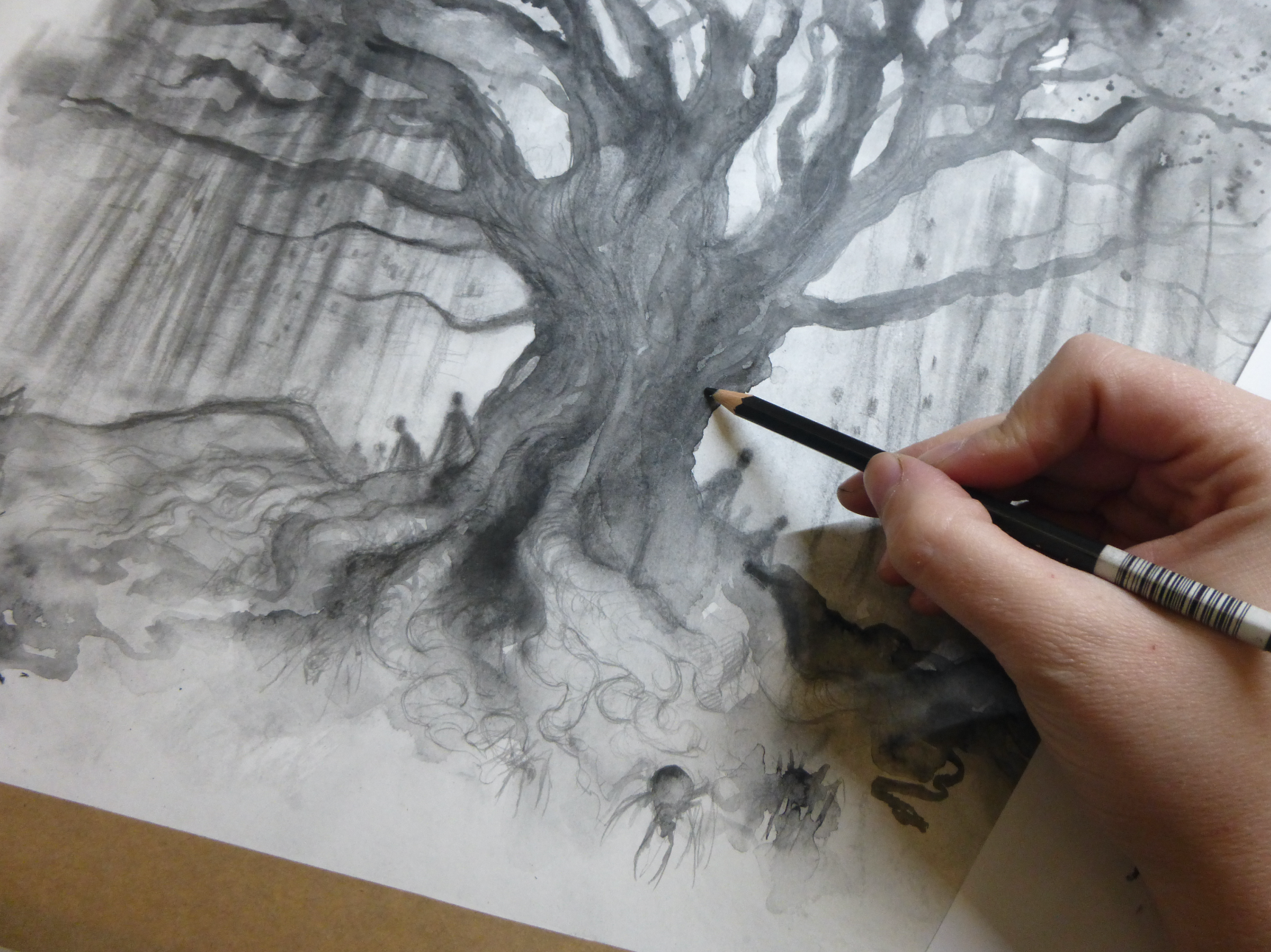 Surprise! You’d be wrong. This is actually the place from where all sorts of fantastical creatures emerge, and just looking at this sketch sends an eerie chill down our spines. 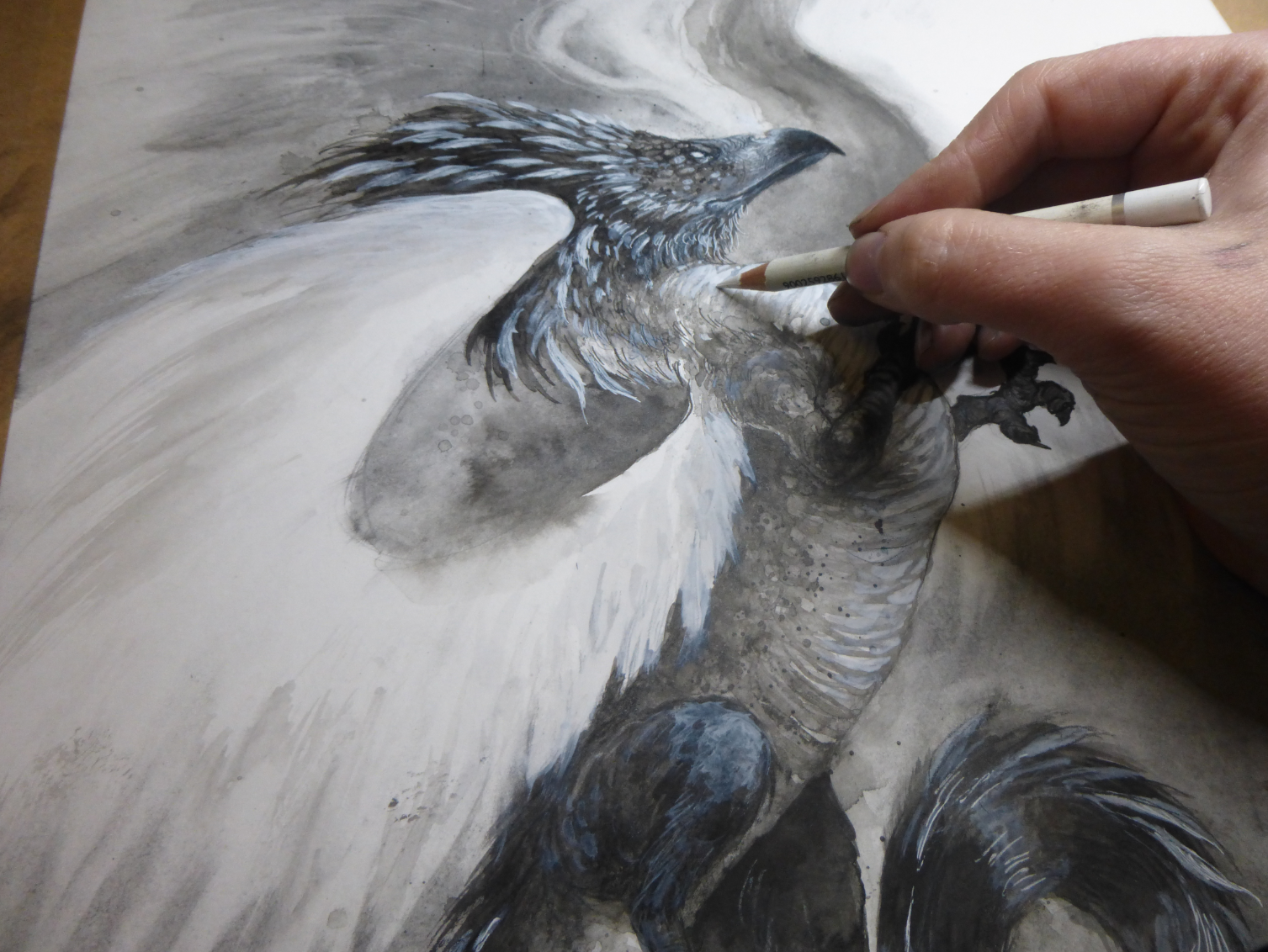 If Buckbeak and the Basilisk had a baby, it would DEFINITELY by this Sky Snake. But is this creature a friend or foe? 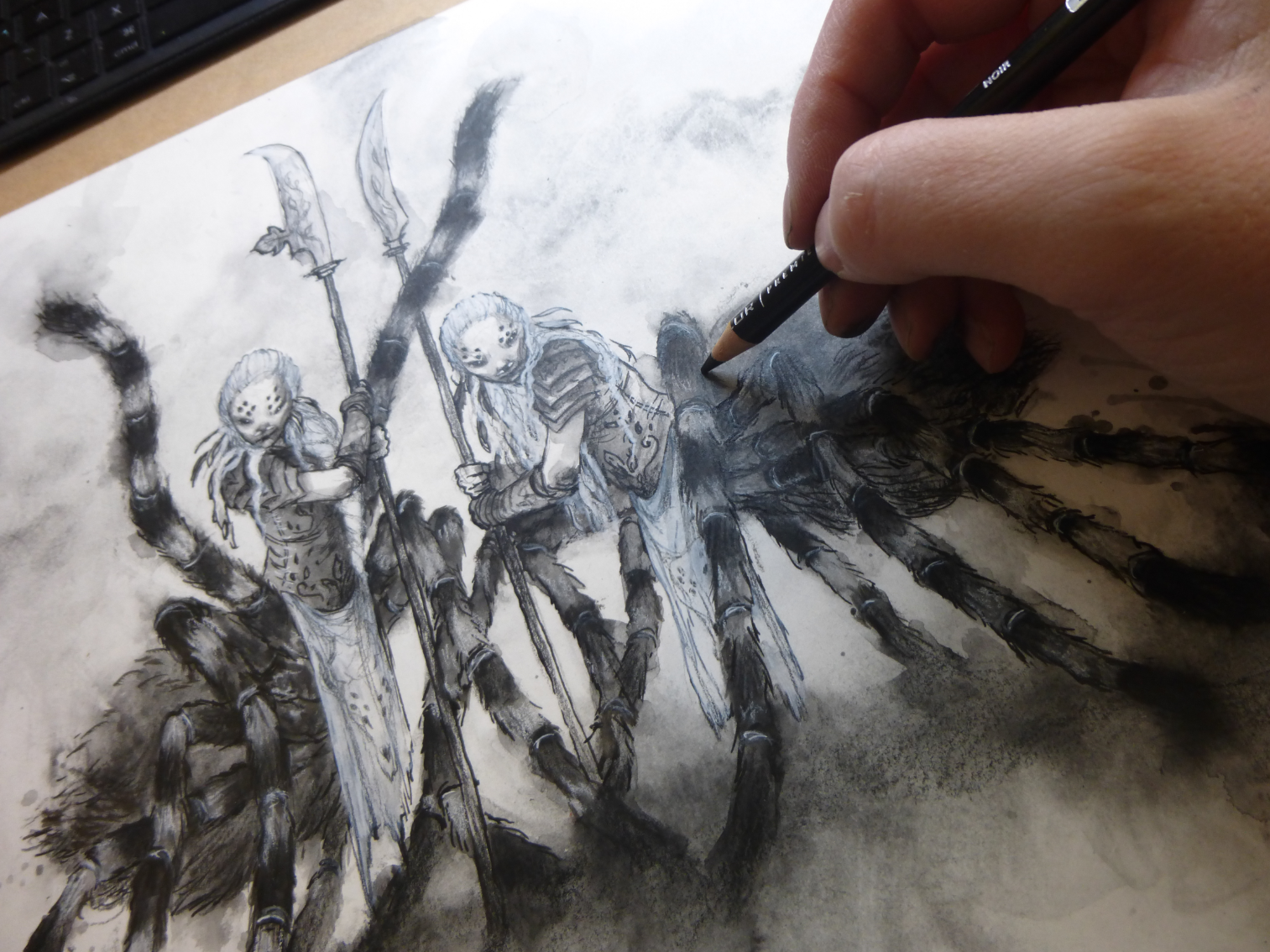 Okay, we are both in love with and terrified by how fierce these half-woman, half-spiders look! Fingers crossed that they team up with Louisa to form an all-female supernatural fighting squad, because we’re horrified to think what they’d be like as enemies.

4. And we can’t forget the lady of the lake 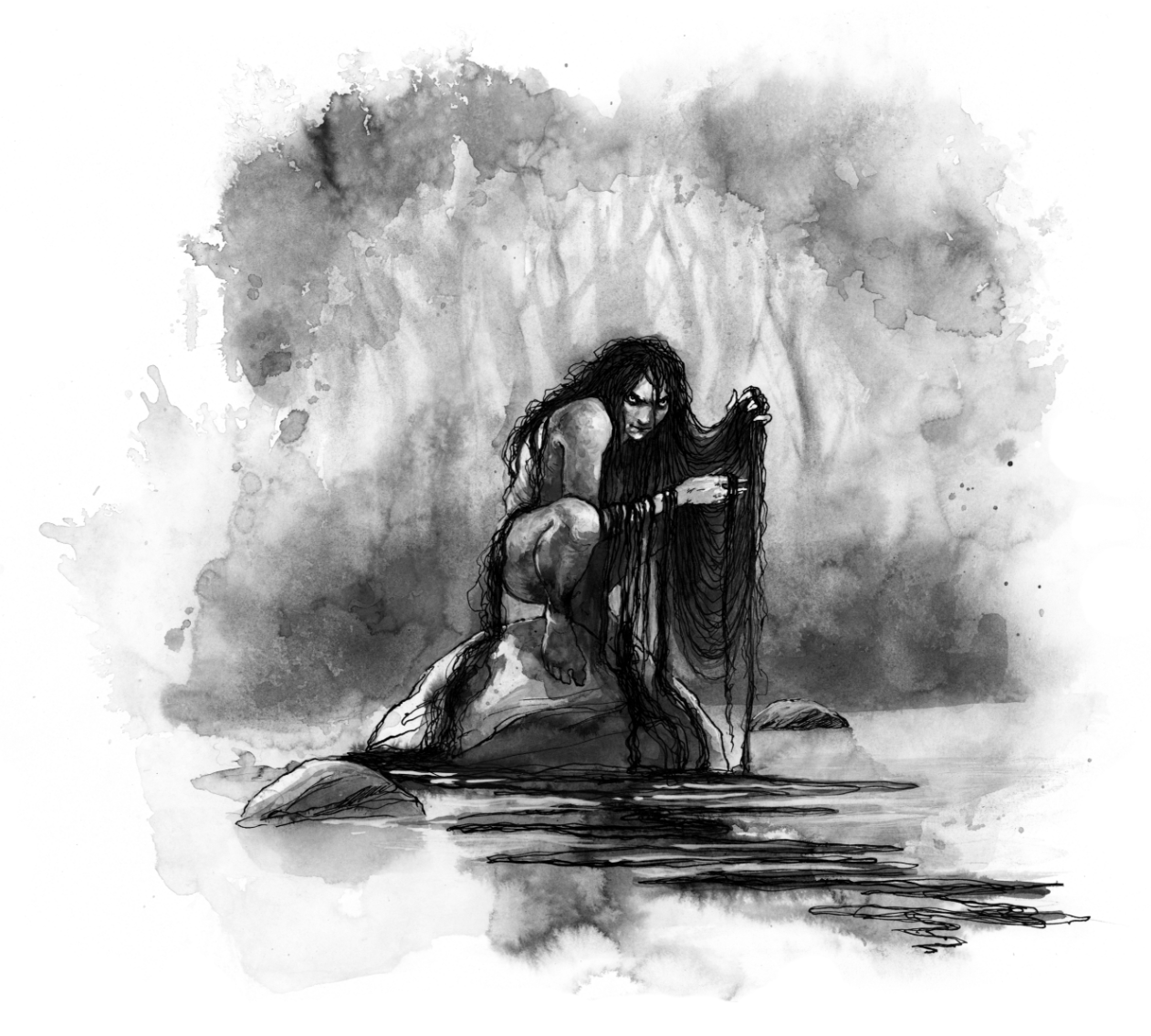 She may be giving off some creepy girl-from-The-Ring vibes right now, but this Lake Lady draws people in with a Siren song and illusions of beauty. Best to keep your ears and eyes shut around her—or be glad you’re only meeting her on the page!

5. A darker breed of Angels 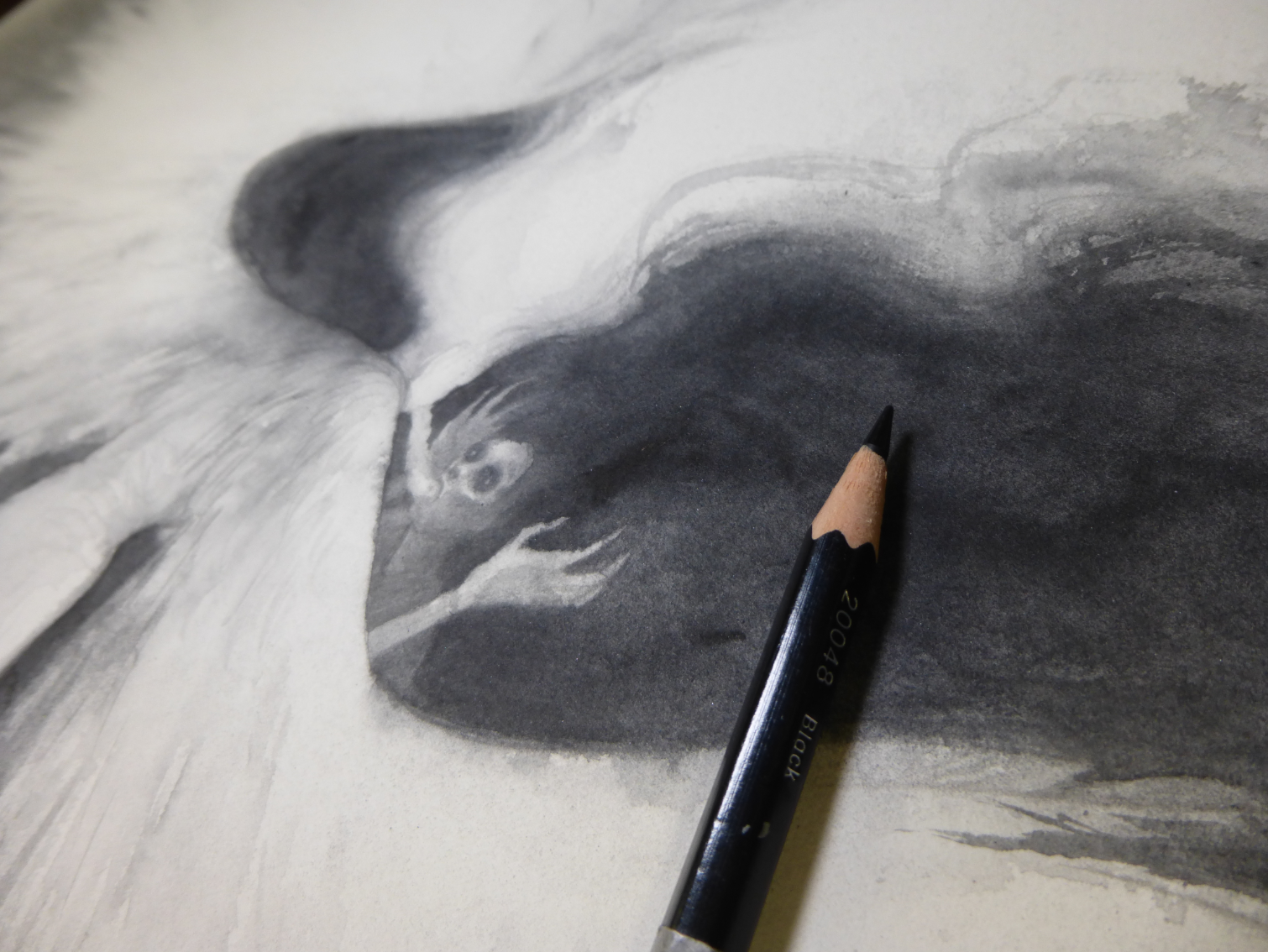 And of course these aren’t your average guardian angels! They’re serving up their own brand of justice and will literally suck the truth right out of you.

6. And perhaps the most terrifying of all 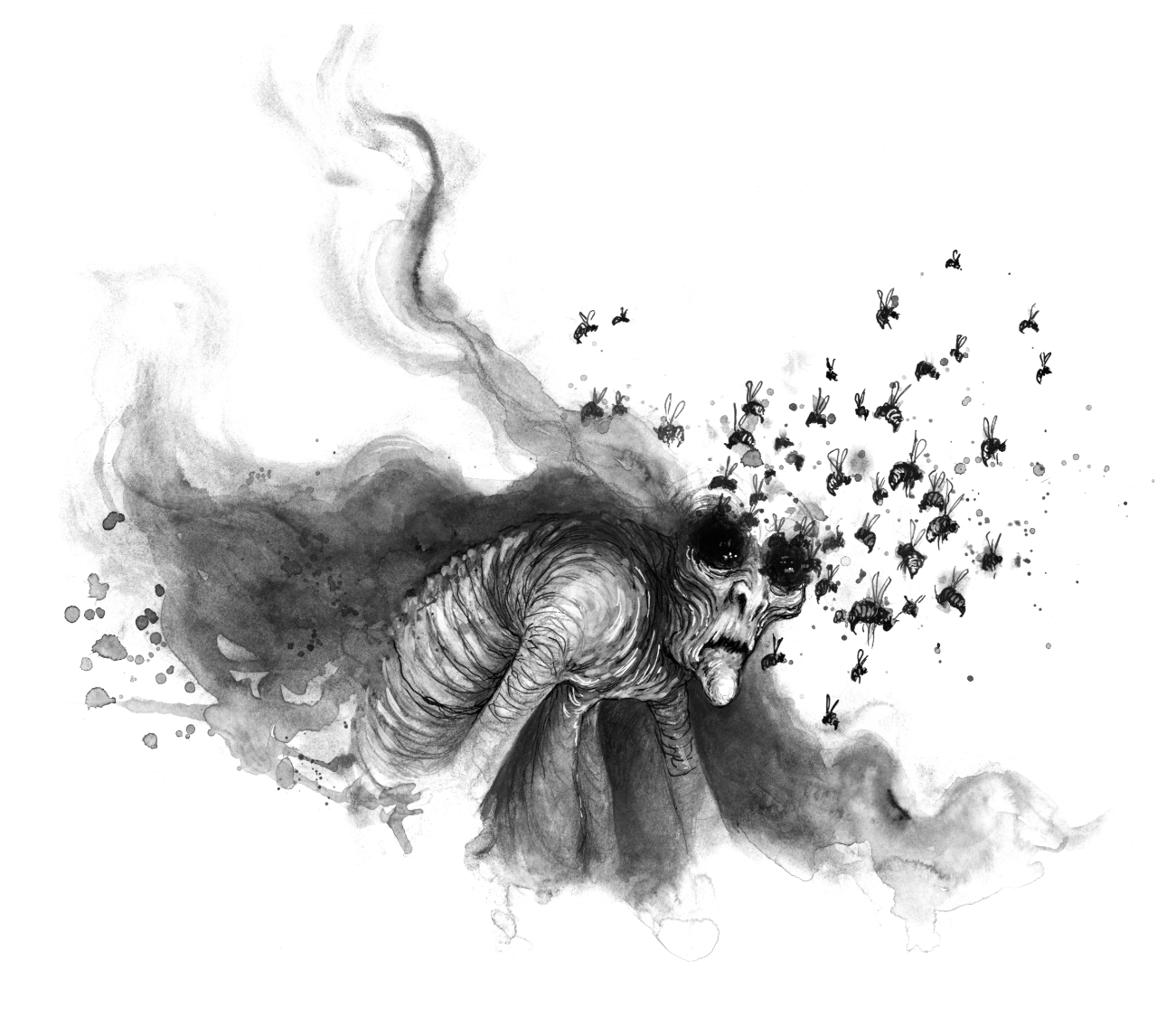 This Wasp Man looks like something right out of Gansey’s nightmares and we are NOT HERE FOR IT. Honestly he’ll probably end up in our nightmares tonight.

About House of Furies

Asylum meets The Infernal Devices in this terrifying fantasy series. 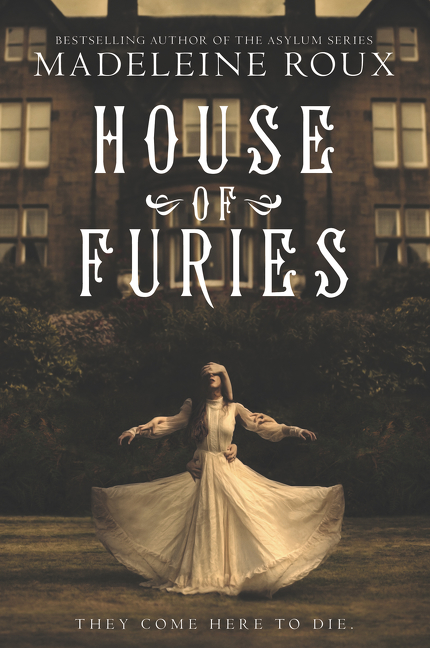 Louisa Ditton has nowhere to go.
When she is offered employment as a maid at a boardinghouse, Louisa thinks she has been saved. But soon after her arrival at Coldthistle House, Louisa realizes that the house’s mysterious owner, Mr. Morningside, is providing much more than lodging for his guests. In fact, Mr. Morningside and his unusual staff are executing their own brand of dark justice on those who are past being saved—including a charismatic young man Louisa is determined to prove innocent.
In this first book in Madeleine Roux’s new gothic horror series, photographs and illustrations help bring to life a world where the line between monsters and men is ghastly thin.

Want to find out more about these creatures? Let us know what you thought below, and catch up on this series now!
Up next: 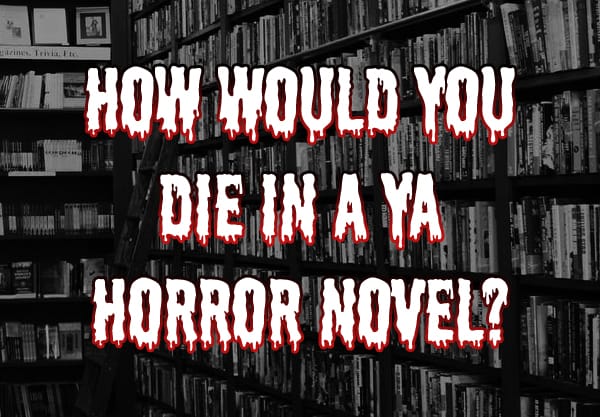