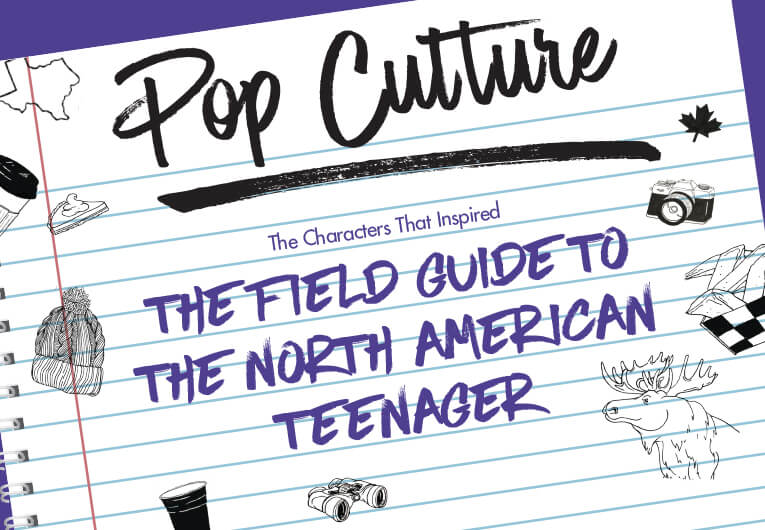 We have some great news for you, bookish friends! Ben Philippe’s debut—which is super sharp, snarky, charming, romantic, and hilarious—is finally on shelves and we cannot wait for you to meet Norris and the rest of The Field Guide to the North American Teenager‘s cast. And because we can’t wait, we wanted Ben to introduce our favorite Canadian transplant and all his stereotype-breaking new friends to you now!

Because Ben is basically a genius, y’all are in for a treat. Not only was he kind enough to tell us about his characters, but he also delved into their dramatic, soapy inspirations! Have we mentioned lately how much we miss Gossip Girl? Scroll down to hear from this epic author!

God, I love television. It’s not the most literary first foot to put forward, but I don’t care: TV is the frickin’ best. As a native French speaker, I owed more to Seinfeld reruns than to my middle school English teacher.

And while Holden Caulfield and that Potter kid were cool, it would be a bald-faced lie to say that the characters of my novel, The Field Guide to the North American Teenager, don’t owe a lot to the teen soaps I spent my evenings diligently studying. T’was a wild childhood, I tell you.

The Field Guide to the North American Teenager deals with many of the archetypes these shows traffic in, with the hope that the main characters will emerge as their own people who are in fact nothing like the broad stereotypes that protagonist Norris Kaplan might assign to them at a glance. Speaking of… 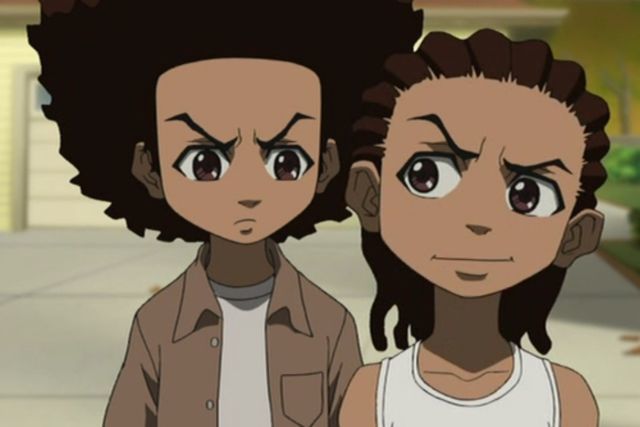 While the mouthy anti-social Canadian is loosely based on some aspects of me, the similarities might end at “Black, opinionated, and occasionally quick to judgment.”

In the tradition of Huey and Riley Freeman, Blair Waldorf, Veronica Lodge, and other quippy leads always ready with a clever retort, Norris owes a lot to those confident and clever characters. It’s 2019 – the black guy can be as snarky as Veronica Mars on her best day.

Norris is meant to answer the hypothetical question “What might happen if you said every thought that went through your head, every single time because you don’t care about making a good impression?” To Norris Kaplan, everyone already sucks and all that’s left to decide are their various degrees of suckiness. Is it confidence or activated insecurity? 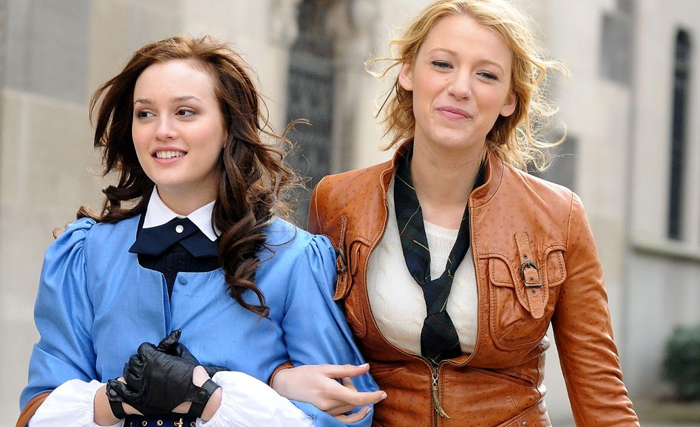 There’s something unsettling about those people who are just nice to everyone, all the time, always. I like to believe their browsing history is on some federal watch list somewhere. Or that like Serena Van Der Woodsen of Gossip Girl fame, they live a charmed life free of strife where drunk strangers only follow them on the train to compliment their outfits.

Hard-working, loyal, and patient, Maddie McElwees is such a character–not all cheerleaders default to evil or vapid! If she’s tapped into the school’s gossip, she only uses it for good and is happy to clap while her best friend takes the spotlight instead.

But ultimately, no one walks through the world putting everyone else first; we’re by default the protagonists of our own stories, and Maddie might benefit from learning to be a little more selfish. 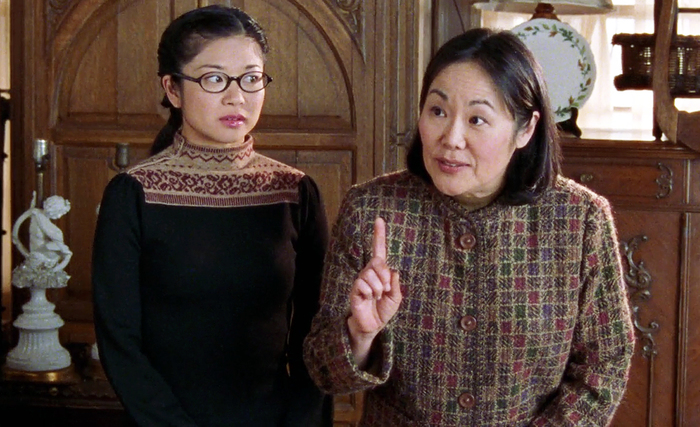 ‘It Girl’ meets ‘Manic Pixie Girl’. Boys ages 14 to 74 sure love tasking the first beautiful girl to catch their eye with delivering all the insight of the world, with just enough unattainability to make their longing the center of the word. (Dan Humphrey turned a quick glimpse of Serena Van Der Woodsen on a field trip into a full obsession)

In this case, the “It” girl is also a first-generation immigrant like Norris Kaplan and their kinship has something to do with all the expectations placed on them. (Lane Kim’s treasure chest bedroom on Gilmore Girls had a profound effect on me.)

Being a teenager (and a first-gen immigrant) is in many ways a performance and Aarti has mastered the art of being different things to different people at all time. Can she really handle a new set of expectations from Norris, on top of her parents’, and her unkind reputation around the school? 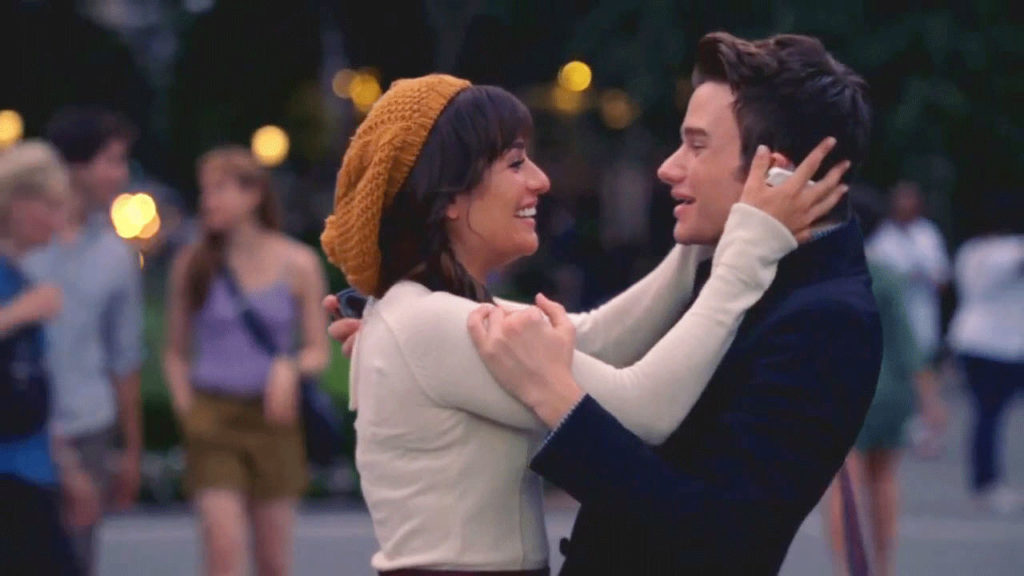 Short of season finale amnesia, there are no fresh starts in life. Even moving halfway across the continent, you still carry the connections you’ve made before – good and bad. In Norris’ case, the latter is his father, and the former his best friend, Eric, one of the few people who knows how to speak Norris’ brand of neuroticism.

Maintaining friendships is a skill we have to keep developing as we grow older. With Norris now living in Texas and Eric “off-screen” back in Montreal, the two boys are left to maintain their long-distance friendship unable to simply burst into each other’s rooms after a sh*tty day at school. They also cannot realistically follow each other around like those psychotic kids on Glee. (Sure, Kurt – drop out of community college and use all your savings to move to New York City because you miss your bestie, Rachel. That’s a perfectly normal thing to teach teenagers.) 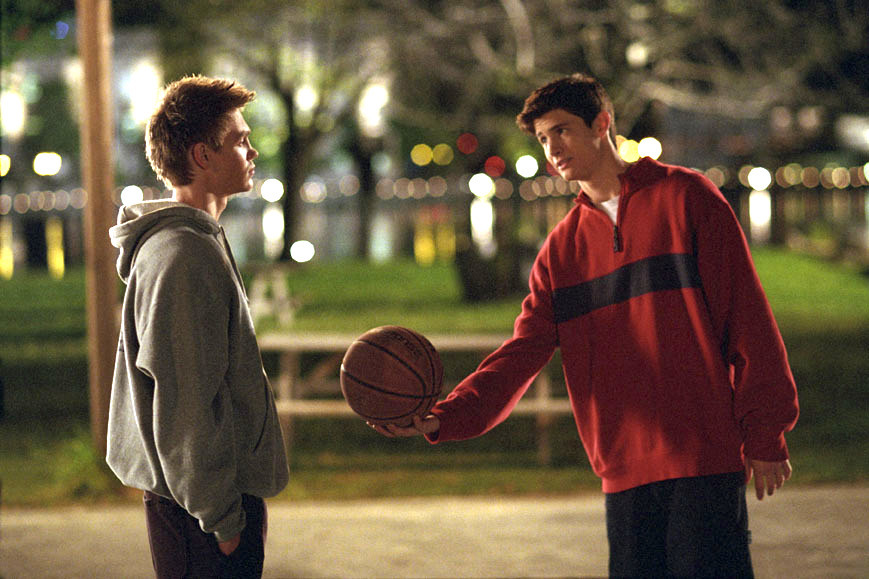 One Tree Hill was the first show in my personal canon to give jocks an inner life. This really isn’t *that* shocking, mind you. Sports don’t preclude an inner life! One of the biggest High School misconceptions out there is that the popular kids eventually grow up to be sad sacks, chugging beers in their old Varsity jackets while the social outliers will thrive. Sorry to say, but the kids who excelled at sports occasionally grow up to be well-adjusted and running for office on a socially-conscious platform.

There is likewise no such things as bullies in the world: just people who’ve learned to lash out first as a means of survival. After a series of terrible first, second, and third impressions – there might be more to Patrick Lamarra than meets the eye, as much as it may pain Norris Kaplan to admit it.

(Patrick is also meant to jumpstart an important national conversation with tank top wearers who don’t do the proper grooming to wear tank tops and unleash freaking Mordor on surrounding parties whenever they lift their arms. Gah, no, stop. Why?)

In the end, The Field Guide to the North American Teenager is a thoroughly unhelpful map where the guideposts turn out to be false flags, and all Norris Kaplan might be left with at the end are people that cannot be so easily qualified — and those folks always turn out to make the best adventures.

Some of these characters are based on people I’ve known and others sprang out of the Turducken of television that raised me during my own YA years, teaching Norris Kaplan that the world isn’t just black and white. (Okay, it’s technically all “black” since he is 100% Haitian, but you know what I mean).