How Far We’ve Come: The First and Last Lines of 14 Epic Series 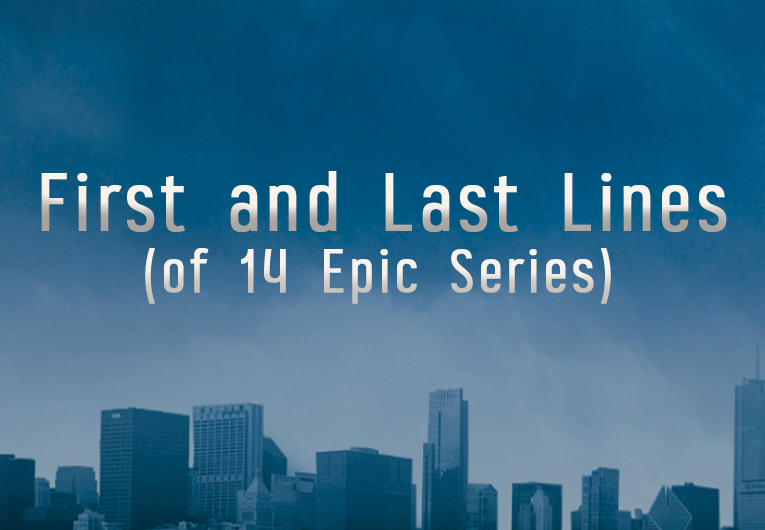 A lot can happen over the course of a series. Kingdoms can rise and fall, lives can end and begin anew, and, in real life, we’re often not the same person we were when we began several books before. We wanted to see, just how literally, things changed in some of our faves.

If you’ve read these books, you can probably picture the scenes as you read the lines. That opening of Divergent is permanently seared into our minds. But to look at the first and last lines of all these series so directly beside one another is a cool way to see how far the stories went from where they started! Most of them have an amazing parallel effect, whether on purpose or accident, and just collecting these was getting us all nostalgic. It might be time for some re-reads…

Scroll and click each card to flip between the first and last lines of these fourteen epic series!

The First and Last Lines