Are These the Titles of Fleetwood Mac Songs or Sarah Dessen Books? 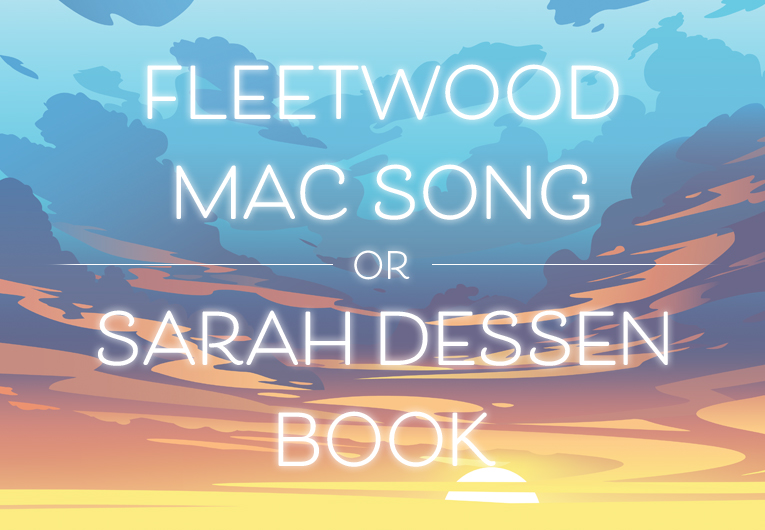 While we prepare for The Rest of the Story, we’ve been doing our fair share of re-reading Sarah Dessen books. And we won’t tell you what exactly, because that would spoil the quiz below, but can we just say that it is some of the best, most enjoyable emotional reading we’ve done lately? Even the titles of the books are so atmospheric that they manage to nudge their way into our feels.

And we here at Team Epic Reads have a habit of also listening to music while we read.

Naturally, we realized that Sarah Dessen’s books are as timeless, meaningful, and iconic as the songs of the one and only Fleetwood Mac.

So, obviously, the question remained: Could you tell them apart by title alone? Scroll down and see if you can tell the difference between Sarah Dessen’s book titles and some of Fleetwood Mac’s songs! Then head to the library and get your read on the same as us!

Are These Sarah Dessen Books