We Need To Talk About The Perfect Messy Friendships in ‘Loveboat, Taipei’ 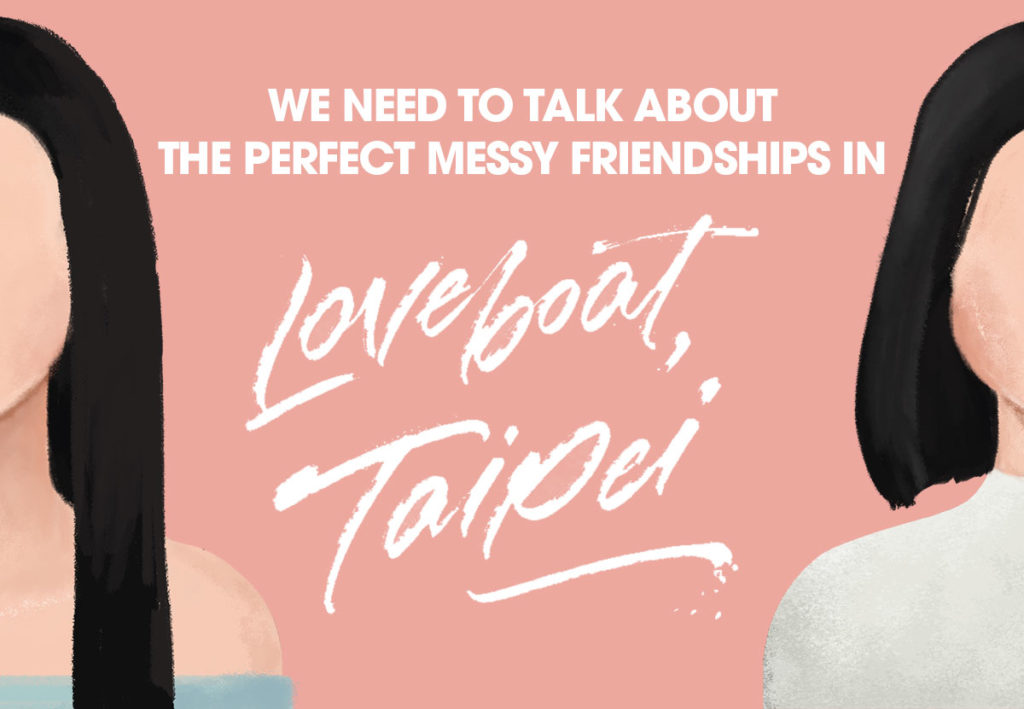 This book has so many things to ~love~ about it and we want to dissect every single part! Alas, we can’t be that person who spoils the big stuff. And there is A LOT of big stuff.

From the quintessential Summer of Change to learning how to be your own person separate from one’s family expectations to one of the best steamy love triangles in recent memory, our love for Loveboat, Taipei is seriously endless. And that goes for the realistic friendship struggles too, which are totally #relatable but often not seen in such a nuanced and truthful way as Abigail Hing Wen portrays it here.

We all know those friendships that are a bit more complicated than meets the eye but oh so real. And when a friendship fight happens, it can sometimes feel more crushing than anything, because this person is your best friend! They know all your secrets! They chose to be friends with you, and suddenly the rift between you seems endless. But when that rift is mended, your friendship holds even stronger than ever before. And when you learn more things about yourself than before? That’s when you know you’ve found a real one.

THAT PROVE JUST HOW MUCH WE LOVE THIS BOOK

In Loveboat, Ever and Sophie hit it off right away.

Ever begins the summer with a lot of reservations and inhibitions about, well, everything. There’s so many things she’s never done, but Sophie Ha is one of the first people to show her the world of possibility out there. Sophie begins to help Ever break out of her shell.

Sophie enchants Ever with her energy, passion, and generosity. Ever admires Sophie while at the same time realizing how different they are. But that’s one of the best thing about friendships, too: opposites attract for different types of relationships, and friendship is no exception! Sometimes it makes the bond that much stronger.

Sophie is the more outgoing one toward the beginning of their friendship, but as the girls venture out each night together and exchange more risky experiences, they learn some unexpected things about each other. Maybe Ever is more daring than she’d thought. And maybe Sophie’s confidence isn’t all it’s cracked up to be, as she hides parts about herself she’s ashamed of.

We stan this best friendship so much because the girls constantly learn from one another.

They both make, dare we say it, potentially sabotaging decisions toward the other that even we never saw coming, but they also have moments of such true tenderness and respect for each other that we can’t help but cry tears of happiness for them and their beautiful, honest friendship.

In the end, the strongest friendships come from time and experiences together. They can withstand anything, because the pair of friends have committed to each other to always be there, always be supportive, always be loving, even—and especially—when the other person isn’t feeling their best.

Sophie and Ever’s friendship is so realistic, we immediately recognized people we’ve known in the past in these two.

Sophie is strong-willed, bold, and daring. She’s clear about what she wants and isn’t intimidated by anyone. Can you think of someone in your life like that? We definitely can.

Ever is quieter, more calculated, but with a passionate energy of her own that’s about to unleash and change her world. We definitely see parts of her in ourselves and people we know, too.

The unlikely friendship story maybe isn’t so unlikely after all.

Unlikely friendships are a whole trope of their own, and we absolutely love them! Think Elsa and Ana, Mare and Farley, even that weird, heartwarming film The Intern.

Two characters who could not seem more different but have fun together and understand each other when it counts?? Honestly, sometimes these stories make us even happier than the romances. 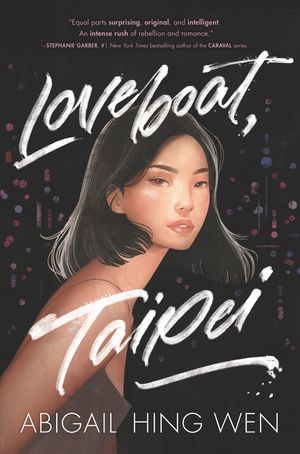 And just like that, Ever Wong’s summer takes an unexpected turn. Gone is Chien Tan, the strict educational program in Taiwan that Ever was expecting. In its place, she finds Loveboat: a summer-long free-for-all where hookups abound, adults turn a blind eye, snake-blood sake flows abundantly, and the nightlife runs nonstop.

But not every student is quite what they seem:

Ever is working toward becoming a doctor but nurses a secret passion for dance.

Rick Woo is the Yale-bound child prodigy bane of Ever’s existence whose perfection hides a secret.

Boy-crazy, fashion-obsessed Sophie Ha turns out to have more to her than meets the eye.

What’s your favorite part of Loveboat, Taipei? Let us know in the comments!