9 Graphic Novel Recommendations Based on YA Books 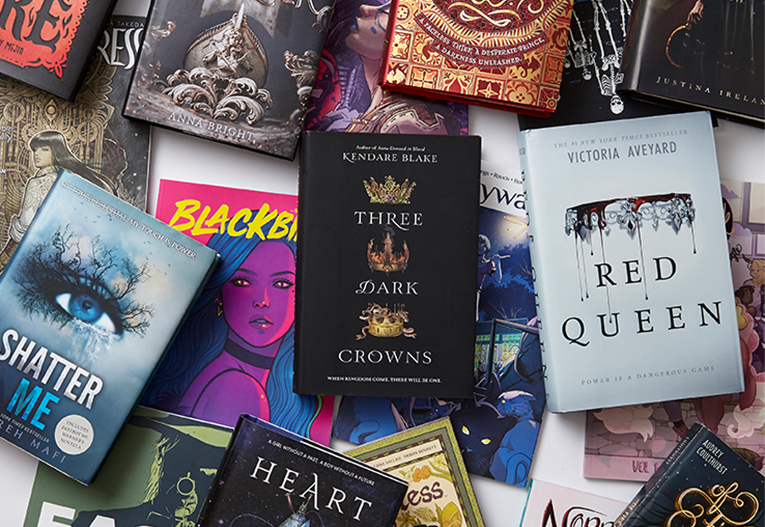 How many of you read comics and graphic novels? How many of you would like to but just don’t know where to start? If you raised your hand 🙋 well, you’re not alone. It can get pretty overwhelming because there is SUCH a wide selection.

Lucky for us, our friends at Image Comics were ready to give us some recommendations so we jumped at the opportunity to collaborate with them. It was honestly very mutually beneficial because we needed comic recs and they needed YA recs—and you know we never miss an opportunity to talk about our faves. We gave them a list of our favorite YA books and they very helpfully chose comics that they thought we would enjoy based on the descriptions. Ready to hear what they are? Scroll down for the breakdown!

BASED ON YOUNG ADULT BOOKS

An alternate Civil War historical where zombies have risen! Slavery has ended however the Native and Negro Education Act requires certain children to attend combat schools to learn how to put down the dead.

Then try East of West by Jonathan Hickman & Nick Dragotta!

This is the world. It is not the one we wanted, but it is the one we deserved. The Four Horsemen of the Apocalypse roam the Earth, signaling the End Times for humanity, and our best hope for life, lies in DEATH.

A romantic and fantastical Cinderella retelling about a girl who sets off on an adventure of a lifetime to meet suitors and see who could be a potential husband. Will she find true love?

Sibylla has always craved adventure, but she never guessed it would finally arrive in the form of a giant, magical bull. Is he a man, or a monster? And who knew a prophecy could be so literal?

If you like Three Dark Crowns by Kendare Blake…

In every generation on the island of Fennbirn, a set of triplets is born: three queens, all equal heirs to the crown and each possessor of a coveted magic. But becoming the Queen Crowned isn’t solely a matter of royal birth. The night the sisters turn sixteen, the battle begins. The last queen standing gets the crown.

Lady “Poppy” Pyppenia is guarded by Cyrenic, her faithful Sleepless Knight. But when a new king is crowned, an assassin threatens her life, ushering in a new and dangerous time. As Poppy and Cyrenic work to discover who wants her dead, they must navigate the dangers of life at court—and of their growing feelings for one another. 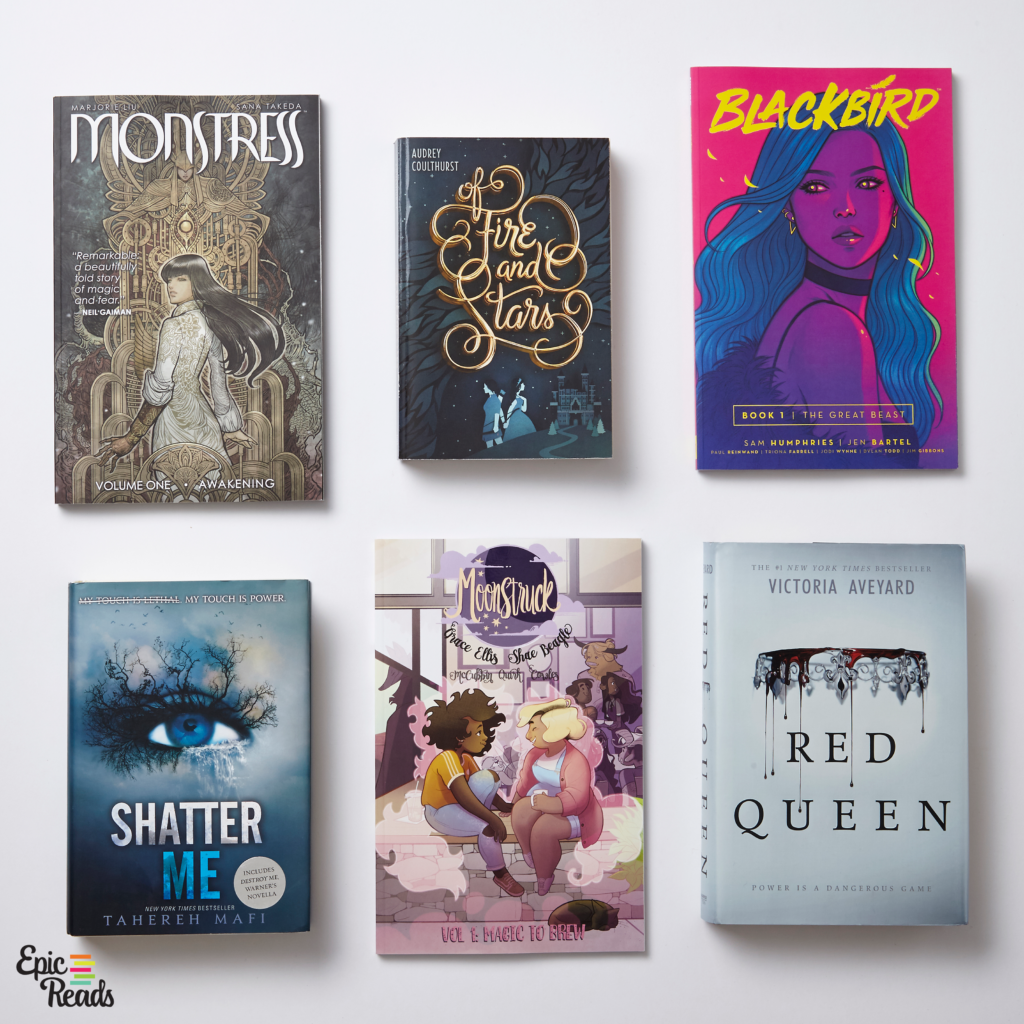 One touch is all it takes. One touch, and Juliette Ferrars can leave a fully grown man gasping for air. One touch, and she can kill. It feels like a curse, a burden that one person alone could never bear. But The Reestablishment sees it as a gift, sees her as an opportunity. An opportunity for a deadly weapon.

Set in an alternate matriarchal 1900’s Asia, in a richly imagined world of art deco-inflected steampunk, MONSTRESS tells the story of a teenage girl who is struggling to survive the trauma of war, and who shares a mysterious psychic link with a monster of tremendous power, a connection that will transform them both.

If you like Of Fire and Stars by Audrey Coulthurst…

Two girls fall in love while one is technically betrothed to the others’ brother. Not to mention one of them has magical powers and is about to become the queen of a kingdom where magic is NOT allowed. Forced to choose between their duty and their hearts, Mare and Denna must find a way to save their kingdoms—and each other.

Werewolf barista Julie and her new girlfriend go on a date to a close-up magic show, but all heck breaks loose when the magician casts a horrible spell on their friend Chet. Now it’s up to the team of mythical pals to stop the illicit illusionist before it’s too late.

Mare Barrow’s world is divided by blood—those with common, Red blood serve the Silver-blooded elite, who are gifted with superhuman abilities. Mare is a Red, scraping by as a thief until a twist of fate throws her in front of the Silver court. Before the king, princes, and all the nobles, she discovers she has an ability of her own.

Nina Rodriguez knows there’s a hidden magical world run by ruthless cabals hiding in Los Angeles. And when a giant magic beast kidnaps her sister, Nina must confront her past (and her demons) to get her sister back and reclaim her life. 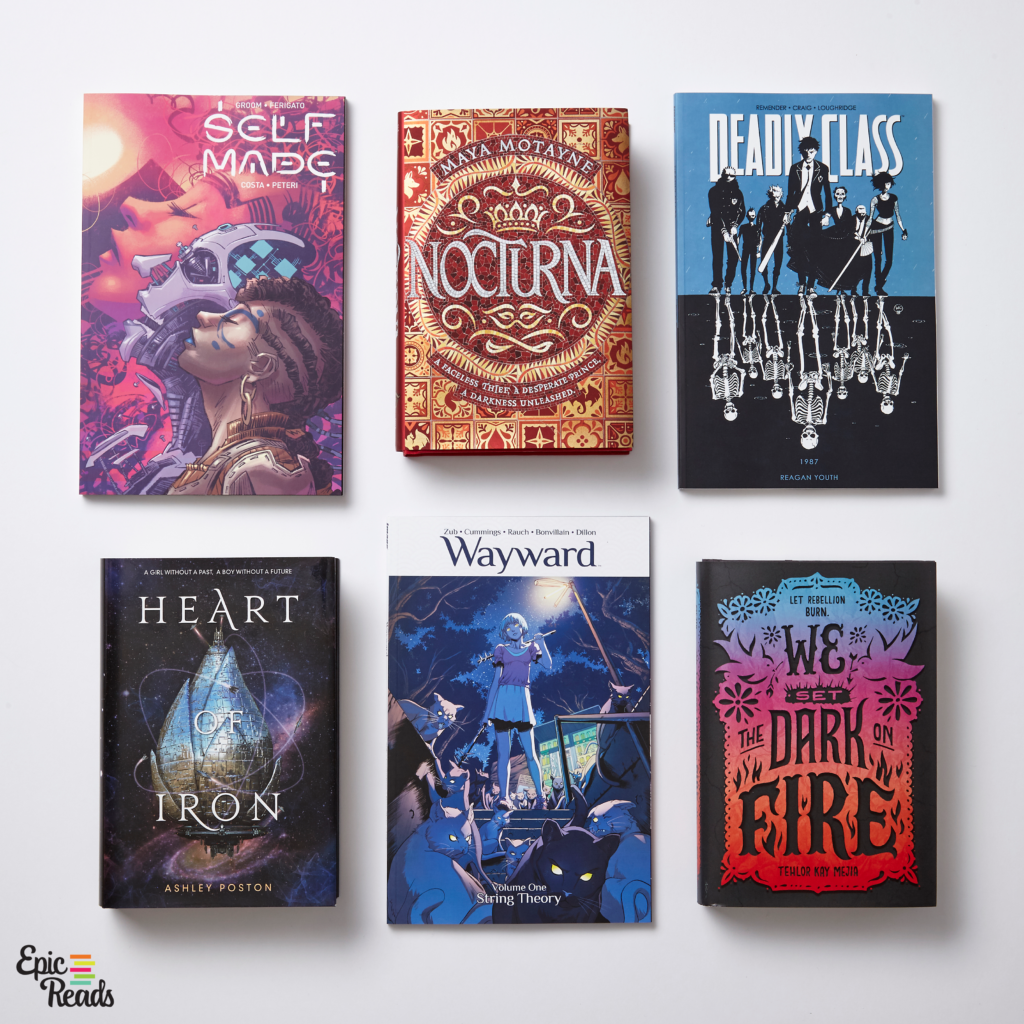 If you like Heart of Iron by Ashley Poston…

Ana is a scoundrel by nurture and an outlaw by nature. Found as a child drifting through space with a sentient android called D09, Ana was saved by a fearsome space captain and the grizzled crew she now calls family. But D09—one of the last remaining illegal Metals—has been glitching, and Ana will stop at nothing to find a way to fix him.

When chaos besieges the kingdom of Arcadia, warrior Amala Citlali uncovers a shocking truth—she’s a non-player character in an advanced video game. With her very existence at stake, Amala embarks on a journey across worlds—to escape her prison, find her creator, and demand answers to the fundamental questions of her existence.

A face-changing thief and a risk-taking prince must team up to defeat a powerful evil they accidentally unleashed into the world before it destroys everything—even if it means facing the deepest darkness in their pasts.

Rori Lane is trying to start a new life when she reunites with her mother in Japan, but ancient creatures lurking in the shadows of Tokyo sense something hidden deep within her, threatening everything she holds dear. Can Rori unlock the secrets of her power before it’s too late?

At the Medio School for Girls, distinguished young women are trained for one of two roles in their polarized society. Depending on her specialization, a graduate will one day run a husband’s household or raise his children. Both paths promise a life of comfort and luxury, far from the frequent political uprisings of the lower class.

Welcome to the most brutal high school on earth, where the world’s top crime families send the next generation of assassins to be trained. Murder is an art. Killing is a craft. At Kings Dominion School for the Deadly Arts, the dagger in your back isn’t always metaphorical.

What did you think of our collab with Image Comics?! Have more recommendations? Tell us in the comments below.