Behind the Design: The Cover Model, Author, and Editor Dish on ‘I’ll Be the One’ 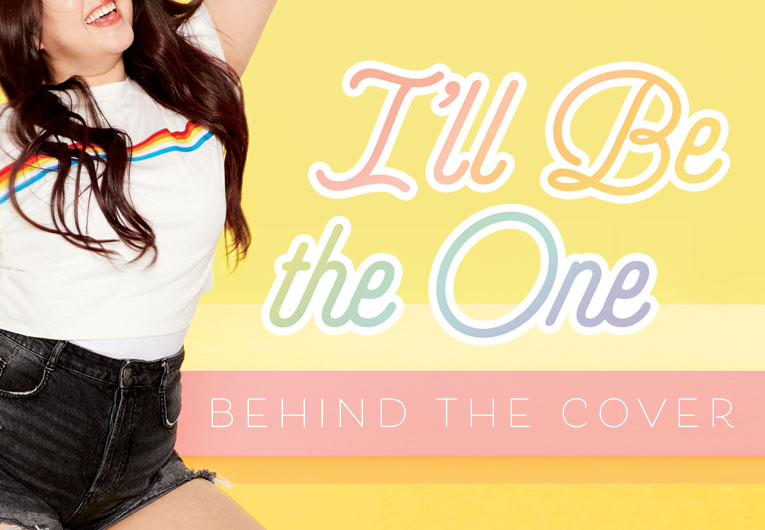 This book will definitely be the one to top your Summer TBR! I’ll Be the One by Lyla Lee flawlessly mixes draw-dropping reality show drama and the rigorous but deliciously fun world of K-pop into a story about celebrating body positivity and falling in love. Bonus: it stars a bisexual Korean American girl you’ll be rooting for from page one.

Skye Shin dreams of joining the glittering world of K-pop, and to do that, she’s about to break all the rules that society, the media, and even her own mother, have set for girls like her. She enters an internationally televised competition looking for the next K-pop star… but doesn’t count on the fat-phobic beauty standards of the Korean pop entertainment industry, her sudden fame—and the scrutiny that comes with it—or the sparks beginning to fly with her fellow competitor, Henry Cho. But Skye has her sights on becoming the world’s first plus-sized K-pop star, and that means winning the competition without losing herself.

Just look at the PURE JOY that is the cover for I’ll Be the One!

I’ll Be the One by Lyla Lee 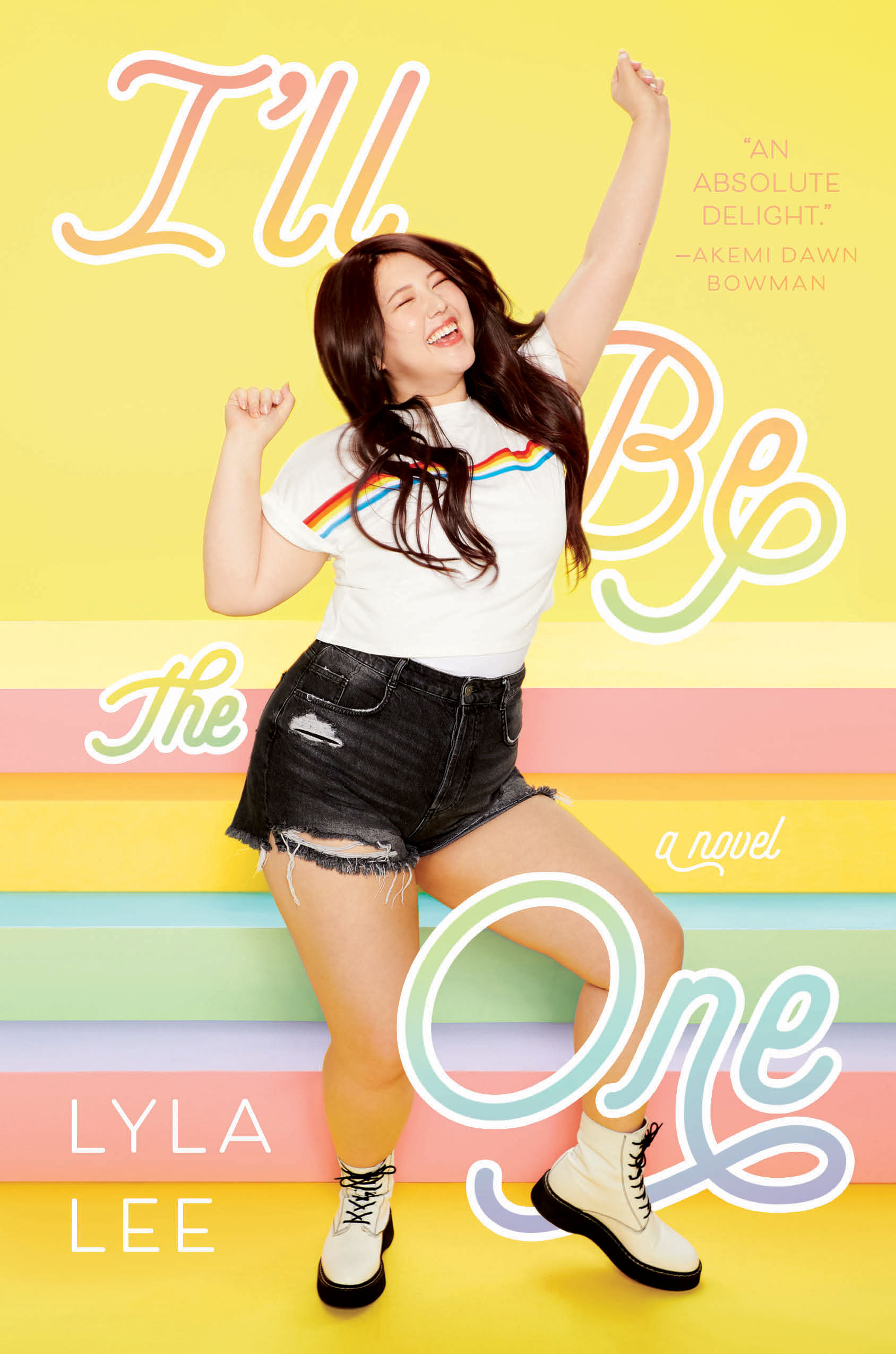 The cover model is K-Pop dancer Isabel Jones and you need to follow her on Instagram (@_isabae_) immediately. She posts the greatest videos of herself crushing K-Pop choreo! And read below for more about Isabel’s experience in the K-Pop dance world and how this book came to life from author Lyla Lee and editor Mabel Hsu!

COVER MODEL OF I‘LL BE THE ONE

What’s your experience been like as a plus-size Asian-America girl in the K-pop dance industry?

At first, it was already quite difficult to face the criticism of being plus-sized dancer and being part of an industry that focuses so much on size. When I first joined YouTube with my K-pop dance team, SoNE1, I often received many negative comments about my weight, as if it were more important than my dancing ability. Even if half of the comments I received on YouTube were filled with hate, I continued to dance because it was what I enjoyed doing and I didn’t want people behind a screen to dehumanize me. Last year, I started posting dance covers on Instagram and later came across people reposting my videos. The comment sections were filled with debate about my weight and disapproval of my choice to film myself. Even if I spent over 15 years of my life dancing in this same body, weight was all that ever mattered to these strangers.

Today, I could really care less about what people think. I’ve learned to love myself through the positivity that was given to me from my friends and followers. Although the K-pop industry is very harsh on body sizes, I believe that anyone of any size can dance to K-pop if they truly want to. Unfortunately, I don’t think K-pop is welcoming of all body sizes quite yet, but I think that if people who are plus-size can show that they are capable of being just as talented as the artists today, I know that change will come.

What’s it like being the face of this book cover?

It’s absolutely amazing. I never thought I would ever become “the face” of anything! It was such an awesome opportunity to fly out to NY and become part of something that will shine a light on the plus-size community. I’m so grateful that I’ll Be the One was written and I honestly wish I had a book like this when I was younger and struggling with my own self-worth. I’m very excited for it to be released.

What’s been most exciting for you in this process?

I’ve never had a photoshoot to this scale. Honestly, I’ve never had someone do my makeup, hair, and dress me up, so that was incredibly fun. The people who took part of this cover production have all been so welcoming and encouraging that I couldn’t have had a better experience. It was fun to pretend that I was Skye for the day!

AUTHOR OF I‘LL BE THE ONE

Tell us a little about the book and your inspiration for this story!

I’ll Be the One is about a bisexual Korean American teen who enters a K-pop competition in order to become one of the world’s first plus sized K-pop stars. I was inspired to write this book by my own experiences as well as the experiences of my family and friends. Although I myself don’t have any experiences in the K-pop industry (the closest I got to that life was middle school a cappella/pop choir), I have friends and family who were/are in the industry and won competitions similar to the one in my book.

On a personal level, I really wanted to write a book about a bisexual Korean American teen because it’s the type of representation I desperately needed as a teen (and later, adult) reader who often felt hurt by either the lack or misrepresentation of bisexual Asian characters in YA.

Finally, many Asian cultures’ standards of weight are very different from American ones. Even though I would have never been considered plus-sized in the US, I was routinely fat shamed while growing up. My friends, family, and I were also exposed to a really toxic culture in both Asia and America where diet teas, fad diets, and media portrayals of women made us feel bad about our bodies. So I really wanted to write a book about a plus-sized Korean-American teen who is just happy with herself, and she gets what she works for in life without having to change what she looks like.

Why was it important for you to see a photographed model vs an illustrated cover?

From the beginning, I really hoped we would get a photographed model. That’s one of the things I was pretty adamant about (and I feel so blessed to have a team that was 100% on board with me from the very beginning!) because I know the visual representation would have meant a lot to me as a teen. White, straight, and thin girls…are displayed happily and prominently on book covers and other visual media all the time. I really wanted Asian-American, queer, and plus-sized teens today to feel seen and represented in a way that I didn’t as a teen.

What was your reaction to seeing the final cover?

Just a lot of happy tears and exploding heart emojis. I actually found it really funny that the cover was yellow, because, as a former goth kid, yellow was one of those bright colors I stayed clear from as a teen. But now, I absolutely love how bright the cover is because it’s so HAPPY. And I continue to be forever grateful to my amazing team for finding Isabel Jones, an amazing dancer who covers K-pop choreographies on her Instagram. She is truly the perfect Skye. Her joy and energy are so radiant that they’re tangible. I love it.

EDITOR OF I‘LL BE THE ONE

What drew you to this story/why did you want to acquire and edit it?

I knew within the first 15 minutes of reading this story that it was something incredibly special. Not only was it a fun rom-com bursting with joy and confidence, but it also had incredibly relatable themes about what it’s like to grow up as a first generation Asian-American child growing up under immigrant parents, and the deeply-rooted tension that can arise from that cultural distance and misunderstanding.

After speaking to Lyla on the phone and hearing about her inspiration for the book, I knew this was an author who had a lot of personal depth to pull from and all the writing talents to launch a fantastic YA career. More than that, I felt like this was a book that I knew I could edit and edit well—because so many of the themes were so personal to me, as well. And I think we’ve been very lucky to have an Asian-American team behind this book, with Lyla, her wonderful agent Penny Moore, and myself—as all our goals for thorough and thoughtful representation were always aligned and it shows through in the book’s contents and cover design.

What was the experience like finding an Asian model for this cover?

We were very lucky to have designer Molly Fehr and art director Amy Ryan working on this cover, as they immediately understood the importance of showing a plus-sized, Korean-American model. And finding one wasn’t an easy task! That credit goes to Michael and Tanya Frost, the photography/production team who created such a beautiful photoshoot for us. After scouring all the traditional forums for the perfect model, they finally found Isabel Jones—a Korean-American, plus-sized K-pop dancer—and all through Instagram! Isabel embodied the story in so many ways: through her joy, confidence, and of course, her killer dance moves. In fact, she brought her own K-pop music to the photoshoot and that final cover we landed on is her mid-dance move. We couldn’t have asked for a more perfect cover model.

About I’ll Be the One 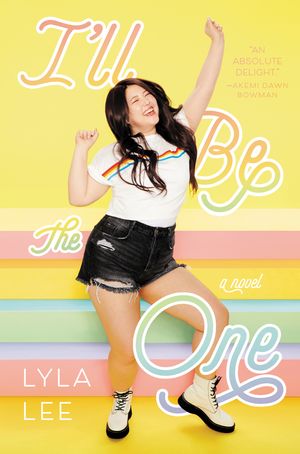 The world of K-Pop has never met a star like this. Debut author Lyla Lee delivers a deliciously fun, thoughtful rom-com celebrating confidence and body positivity—perfect for fans of Jenny Han and Julie Murphy.

Skye Shin has heard it all. Fat girls shouldn’t dance. Wear bright colors. Shouldn’t call attention to themselves. But Skye dreams of joining the glittering world of K-Pop, and to do that, she’s about to break all the rules that society, the media, and even her own mother, have set for girls like her.

She’ll challenge thousands of other performers in an internationally televised competition looking for the next K-pop star, and she’ll do it better than anyone else.

When Skye nails her audition, she’s immediately swept into a whirlwind of countless practices, shocking performances, and the drama that comes with reality TV. What she doesn’t count on are the highly fat-phobic beauty standards of the Korean pop entertainment industry, her sudden media fame and scrutiny, or the sparks that soon fly with her fellow competitor, Henry Cho.

But Skye has her sights on becoming the world’s first plus-sized K-pop star, and that means winning the competition—without losing herself.