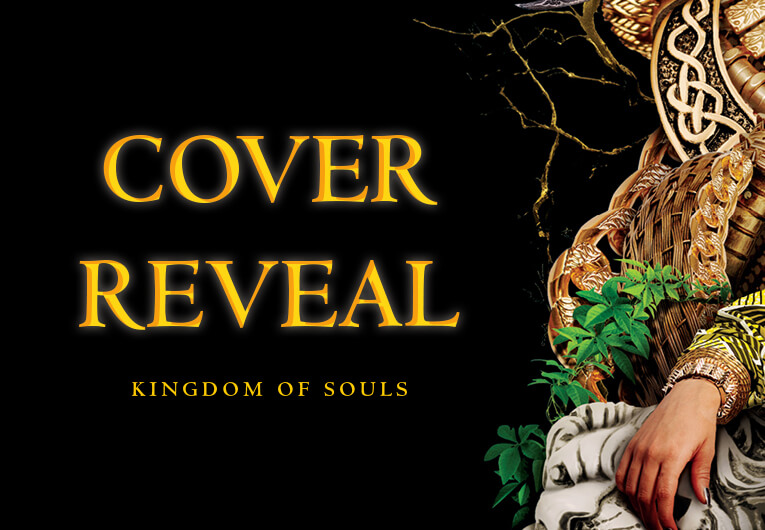 Grandmother said I will be a powerful witchdoctor one day.

But I cannot wait that long.

Arrah comes from a family of powerful witchdoctors, which sounds amazing right? Except Arrah yearns for magic of her own. As the years come and go and she fails to call forth her ancestral powers, Arrah resorts to something deadly: trading years of her own life for a piece of magic.  When the Kingdom’s children begin to disappear, Arrah is determined to find the culprit but instead finds something far worse—a Demon King stirring.  In order to stop it, Arrah might have to pay the ultimate price.

Kingdom of Souls by Rena Barron is a dark, magical tale perfect for fans of Three Dark Crowns or Children of Blood and Bone, and we have a first look at the breathtaking cover and the inspiration behind it! Feast your eyes on this! 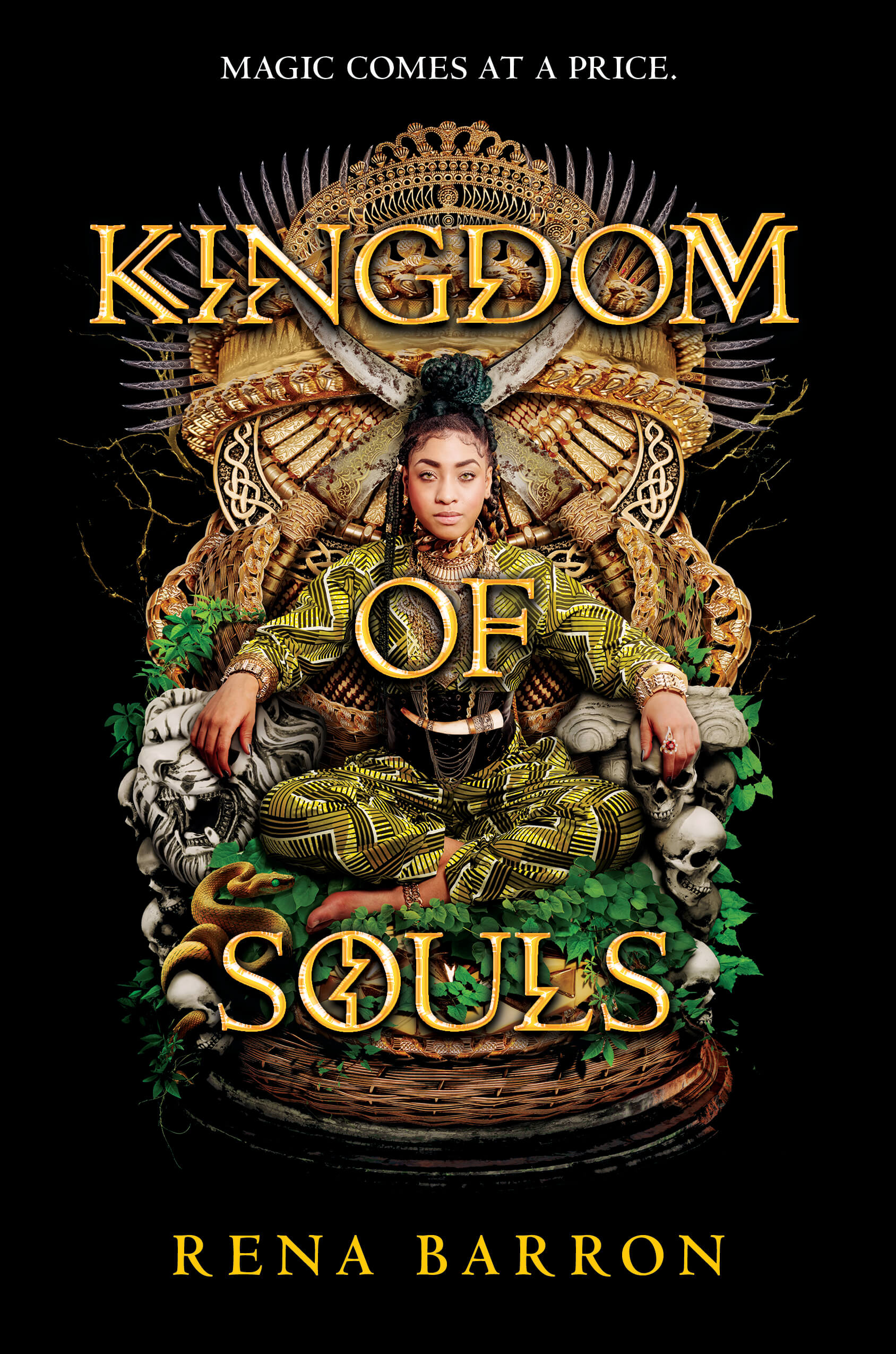 We got inside scoop on how our design team found the cover artist and how Adeyemi created a cover that you can’t take your eyes off of!

Jenna: Our inspiration for this cover came from Adeyemi’s Afro-futurist collages on Instagram and was referenced with extensive images and mood-boards from author Rena Barron… Rena even sent along an illustration of her main character Arrah!

With such a wealth of imagery to choose from, it was important to the team in-house that we capture the rich texture of a world full of elaborate tribal festivals and dark blood magic rituals. Adeyemi’s work, similarly full of layered imagery and pattern, was a great fit for such an epic fantasy novel.

Adeyemi: The team at HarperCollins did a great job of giving me notes from the author and excerpts from the book with a lot of details so I just tried to create visual elements that matched the descriptions.

Jenna: With our character-driven cover, it was so important to layer in items like trees, daggers, snakes, and bones to give a sense of the tone. You were able to incorporate jewelry in a range of scale into both the costuming and the throne construction, which made this cover look so cohesive and majestic. How would you describe your art?

Artwork for my partner @alliemoves and @kountkoal new EP 'Euphoria' out today on all platforms. I really hope you guys check it out 🙏🏽

Adeyemi: I guess I would say multimedia collage. Because I put things together like a collage, but some elements are illustrated and a lot of the elements (like the model and some of the jewelry in the throne) are things that I photographed. So I assemble everything like a collage, but if I can’t find an image that I need I will make it myself and then include it into the final composition.

Jenna: Your portfolio was full of pieces where I wasn’t sure what was costume IRL and what was collage. What’s your favorite thing about this cover?

Adeyemi: I really like the depiction of Arrah we came up with. My partner helped me with art direction for the photo shoot and got her friend to be the model. We sourced her outfit from a store here in Toronto that imports a lot of clothes and fabrics from Africa. We tried to shoot the model with most of the jewelry already on her so that I wouldn’t have to add a lot of little details in the final composition. We also had the model sit on a ‘throne’ made out of milk crates and old speakers covered with a white sheet so that we could get her to pose naturally in a way that really looked like she was sitting on a throne. Then I created the throne in Photoshop to match her pose.

Jenna: Wizardry! It’s so fascinating to watch all of these pieces come together and capture the protagonist Arrah so well.

Adeyemi: It was really just a matter of playing close attention to details and sourced the right elements (model, wardrobe, hair, etc.) to make it looks as close as possible to the descriptions from the book.

And the results speak for itself!  You can check out more of Adeyemi’s work at yungyemi.com and follow him on Instagram @yung.yemi