Late to the Party: I Finally Read ‘The Selection’ and Now I’m Obsessed 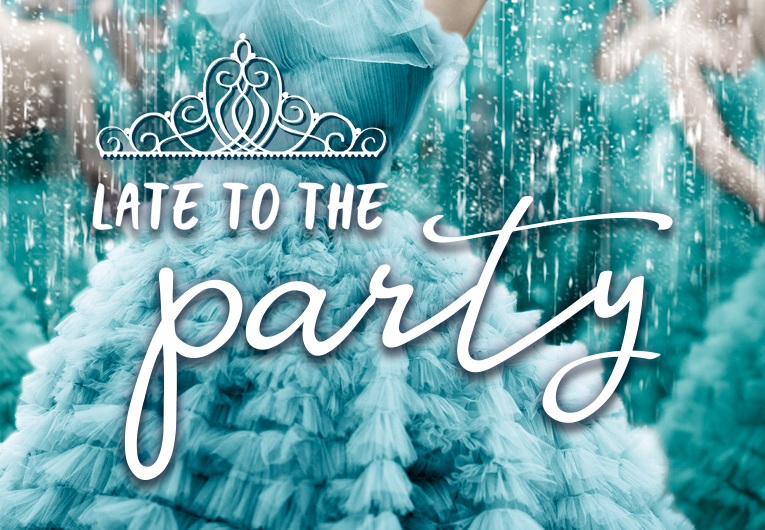 Hey, book nerds. Welcome back to Late To the Party, in which I (Shannon from Team Epic Reads, that is) admit all the classic YA books I’ve never actually read… and then read them for The Whole Internet™. ICYMI, you can head here for the very first #LTTP, in which we introduce my failures, chat about our partnership with Books-a-Million, and regale you all with my brand-new reactions to a true classic—Divergent.

Guess who’s back and later than ever with another confession? Here goes: as of last week, I had also never read The Selection. Where was I during the entirety of this iconic series, you ask? I honestly couldn’t tell you, but who cares? I’m finally here! Whether you’re new to this like me, or you’re wondering how in the world I survived so long without Kiera Cass’s writing in my life, scroll down for a (very, very spoiler-y) reaction adventure about some of the key characters in The Selection.

Late to the Party

First up, can we talk about Aspen?!

When we first meet him and see his relationship with America, I was more than rooting for these two star-crossed lovers. I was devastated over the way Aspen and his family were forced to live, and the fact that his caste would ultimately keep him apart from America. Excuse you, Illéa!

When he breaks up with her because he can’t handle her providing for him?! And then is with another girl at America’s sendoff?

When he SHOWS UP at the palace? And still loves her? And it was all a misunderstanding? And they start having an AFFAIR THAT COULD GET THEM BOTH KILLED (again)? Honestly, Aspen and America are a roller-coaster ride I just can’t handle.

Next up, America herself!

I immediately found America to be a completely likable character—she’s kind and patient and hella talented, and I love how deeply she cares about her family (especially when we find out what Kota did to them, which I’m still mad about tbh).

Plus, I’m obsessed with how she manages to be both super genuine and hella scheme-y

Genuine because she’s immediately honest with Maxon (who I will GET TO SHORTLY OMG) about why she’s really there, and scheme-y because:

And finally, the one and only Maxon

I’m not gonna lie, I was expecting Maxon to be kind of creepy (I mean, he IS dating 35 girls at once). But he immediately proves to be actually kind of adorable? In, like, a puppy dog that can sic an army on you kind of way? I love the way he tries so hard to care for everyone in The Selected and how kind he is to America right off the bat.

And then he gets even better!

I really fell for Maxon as a character when he starts opening up to America during their dates, especially when he talks about how hard the Selection is for him, how challenging it is to work for his father, and how the royal advisers refuse to take him seriously. AND THEN, when he takes what he learned from American about the country’s unfair poverty levels, unveils a policy that directly benefits the lower castes, and doesn’t seem to care that the wealthy will NOT like it? He’s basically a royal Robin Hood and I’m all about it.

In summary, America is highkey Queen Material™, Aspen is Not My Fave™, and Maxon is Adorable And We Love Him™. (And as a side note, Celeste is The Selection‘s Regina George and no one can convince me otherwise).

So there you have it, book nerds. Six years and five books later, I’ve finally read The Selection and I am so. glad. I. did. The adorable romances, the friendships between truly complex characters, and a societal system that is FASCINATING to read about? Sign me up for the rest.