234 Thoughts I Had While Reading The Cruel Prince 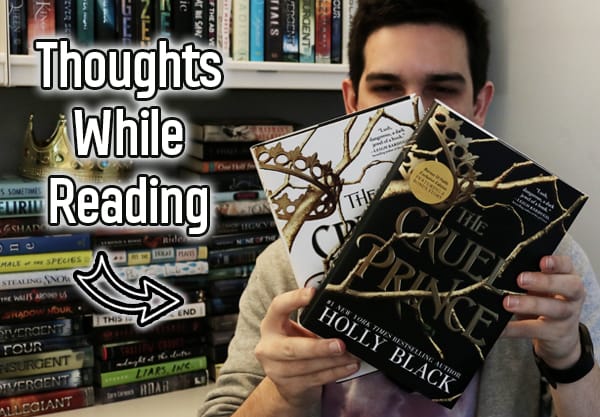 What’s up, Epic Readers? Ready for another round of Thoughts While Reading? This month I’m diving into THE CRUEL PRINCE, a book I have wanting to get my hands on ever since the barest of descriptions was announced. I’ve never read a Holly Black book somehow, but the last few Shadowhunter books have established a pretty healthy love of anything modern Faerie. So I have hopes. High hopes. I really don’t think this will disappoint. BUT ENOUGH ABOUT MY EXPECTATIONS.
I’m here to read, you’re here to read about me reading, so let’s dive in!

I think John Cho dancing is the approriate level of excitement here. Scroll through for all my thoughts while reading THE CRUEL PRINCE!

1. “For Cassandra Clare,” omg
2. You guys there’s a map we’re starting on a real high note here
3. ROLL CALL: Main character Jude, twin sister Taryn, older faerie sister Vivienne
4. Also tall man in menacingly dark coat
5. He’s knocking on the door and I want to tell Jude not to answer it but I have a feeling this strange man would come in anyway so ok I guess
6. I do not know Balekin but if he is this man’s informant I do not trust him
7. Green skin and fangs fantastic
8. HE KILLED HIM
9. A MAN IS ALREADY DEAD
10. Well this is NOT going to end well
11. Jude is a feisty little thing isn’t she

12. Me: You know being a faerie could be cool
Holly Black: In Faerie there is no television
Me:

13. Taryn is fine but also I don’t trust her
14. Vivi seems like the shady b#tch I’m gonna love
15. I love this because you can already tell there’s going to be so much drama

16. Oriana strikes me as someone who would compete on the Bachelor
17. She wouldn’t win but she’d probably be there for the right reasons

18. I aspire to be described as a twilight creature
19. Omg it’s Balekin
20. I wonder whose circle I’d be in
21. Probably Elowyn I’m too lazy to really try for the others? But Dain seems cool so really idk!!
22. Prince Cardan! There he is!!!!!!
23. Oh my god he has a tail
24. Omg ew wait it’s probably like… skin and hair LMAO EW
25. WHAT IS THE TEXTURE OF CARDAN’S TAIL
26. I have no idea what’s actually going to happen but I’m so excited for Jude’s arc
27. Imagine everyone around you smelled like pine needles and you had the stench of dried blood

28. Honestly if I was stolen away to a magical world and still had to go to their version of normal school with history lessons and stuff I’d be so pissed??
29. Lol Vivi just doesn’t go ok big mood

30. Imagine this was an 80s movie instead of a semi-fantasy YA novel
31. Oh my god Cardan’s group would be the Heathers
32. I wonder if he’s Heather Chandler or Veronica Sawyer

33. Jude is kind of impulsive and dumb but Taryn is too blah and boring!!
34. I mean she’s smart and reasonable but I’d be friends with Jude probably I think

47. I’m 100% picturing Vivi saying “Get up, sleepyhead, we’re going to the mall,” in the tone of Regina George’s “Get in, losers, we’re going shopping.”
48. Don’t worry Jude, I too could be bribed with coffee
49. LMAO JUDE PUNCHED THE MAN TRYING TO FLIRT WITH HER
50. We could all stand to be a little more like Jude, I think
51. She just threatened Cardan NEVER MIND

68. “Because you’re like a story that hasn’t happened yet. Because I want to see what you will do. I want to be part of the unfolding of the tale.”

69. “That’s the home of Balekin,” and SO IT BEGINS
70. “A massive half-tester bed takes up most of the space in the first room, the headboard panel carved with various animals with women’s heads and bare breasts—owls and snakes and foxes—doing some kind of weird dance.” Lmao what the f#&k
71. A mysterious note!! I love mysterious notes!!!!
72. SH#T THEY’RE HERE
73. Ha take that Cardan
74. Oh no Cardan
75. Oh… aw… Cardan…
76. Ugh I LOVE COMPELLING VILLAINS I don’t even know if Cardan is a villain technically but I love him I think
77. “And worst of all is Cardan’s empty face, his eyes as dull as lead.” Aw
78. Was I wrong to assume that Cardan is the cruel prince
79. Is Dain going to end up being the cruel prince I cannot tell where this is going
80. LMAO he just lets her walk into the door
81. Omg the Ghost and the Bomb I love the Court of Shadows
82. I don’t trust Locke but I love him

85. I don’t know where Jude’s character arc is going but I love it
86. She’s POISONING HERSELF
87. Jude is so metal

88. “Is he more angry that you chose me over him or that I chose a mortal over you?” Damn Locke don’t gotta put her on blast like that

95. “She’s clearly shocked by my behavior. She should be. My behavior is shocking.” I’m dying this is incredible

102. “The one you don’t like,” I tell her, ignoring her jibe.
That makes her give a high, false laugh. “Oh, you might be surprised how some of us feel about both of you.”
See at least Jude has personality

113. “Jude, you keep smiling a pleasant smile in front of Madoc, but all I can see anymore is bared teeth.”

125. I hope Vivi and Heather get a happy ending precious lil’ youngin’s
126. Taryn is so petty and annoying

127. Is it really a YA fantasy if there isn’t a surprisingly beautiful gown delivered for the heroine to wear?

128. Omg Oriana was a consort WHAT OTHER SECRETS IS SHE HIDING
129. NOTHING IN THIS BOOK IS AS IT SEEMS
130. Is Oak secretly Liriope’s royal son

209. Yes thank god finally telling Vivi SOMETHING
210. Lol byeeee Taryn
211. There is so much tension in these glasses of wine I love it

227. “His hand is pinioned to the dining table by a crossbow bolt.”

Okay so basically I need book two immediately and also a spinoff for Locke please!!

Have you read THE CRUEL PRINCE yet? How are you dealing with this book hangover?! I need advice. And hit the comments to let me know what I should read next! 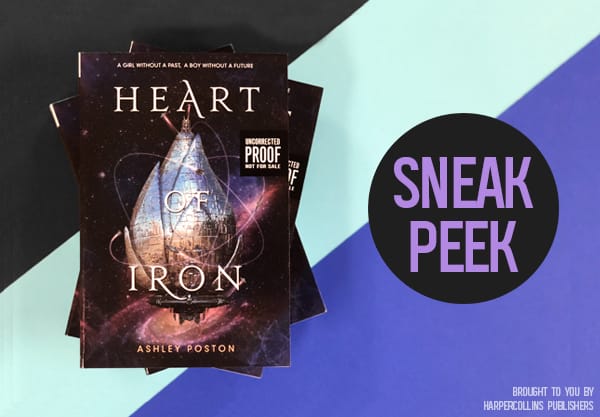