Welcome (Back) To The World Of The Queen’s Thief

Okay, so who here remembers how exciting it was when The Thief first came out? Anyone? No? Alright, maybe not but don’t feel bad. Megan Whalen Turner’s first Queen’s Thief book came out in 1996, wayyy before YA fantasy was a thing. It’s a total classic that has inspired countless YA books of today, as well as some of your favorite authors, and it went on to win a ton of awards and even more fans. There have been three follow-ups since (The Queen of Attolia, The King of Attolia, and A Conspiracy of King), and if you’ve been paying attention, you’ll know that a fifth,Thick as Thieves, is finally coming this May!
We get that it might seem super overwhelming to jump into such an established series, but one of the great things about these books is that you can read them in any order! According to the author herself, “they all spoil each other just a little bit.” In case you don’t want to wait, we’re offering you a very special crash course on the world Megan has crafted. There are a lot of characters in these books, and the politics, adventure, and epic love involve everyone from royals to guards to citizens and thieves. However, everything seems to come back to these few people…

THE KING AND QUEEN OF ATTOLIA 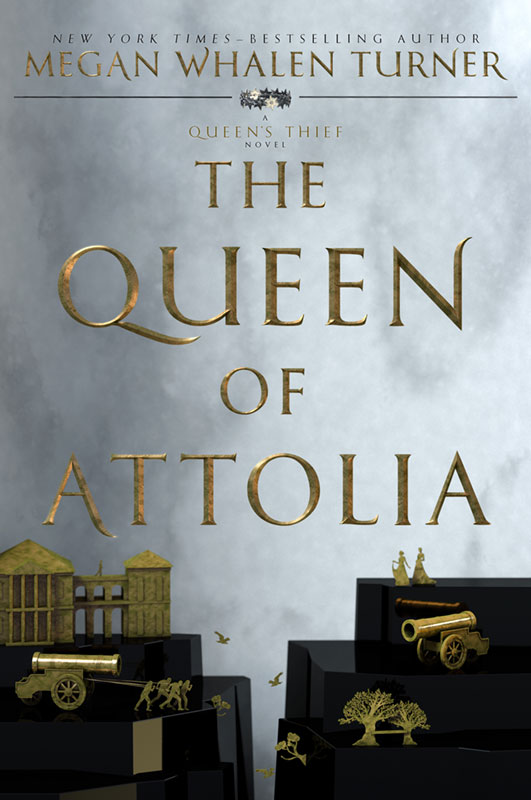 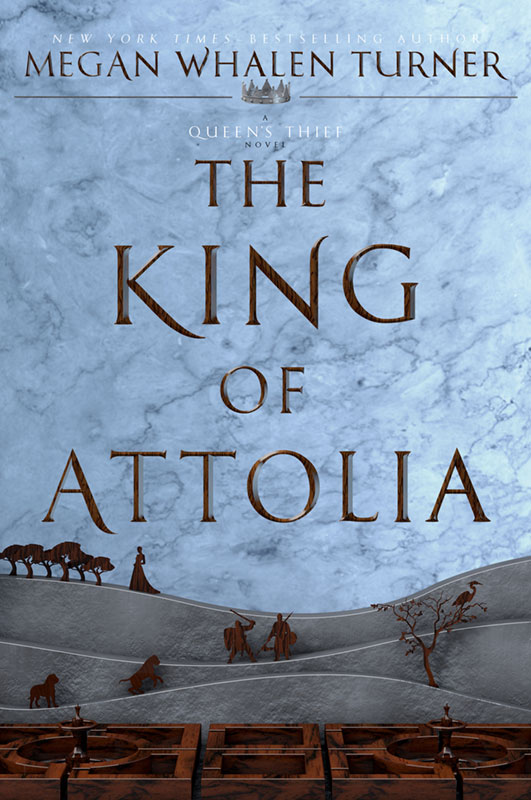 These two rule the southern tip of the peninsula and are famous for their cunning. What they do to each other will make you gasp, and what they do for each other is the stuff of legends. Of course, what everyone else sees is another matter entirely. The King is known equally for the loyalty and the hatred he inspires in those around him, and while the Queen might be known for her beauty, it’s her quiet schemes that you have to watch out for.

THE KING OF SOUNIS 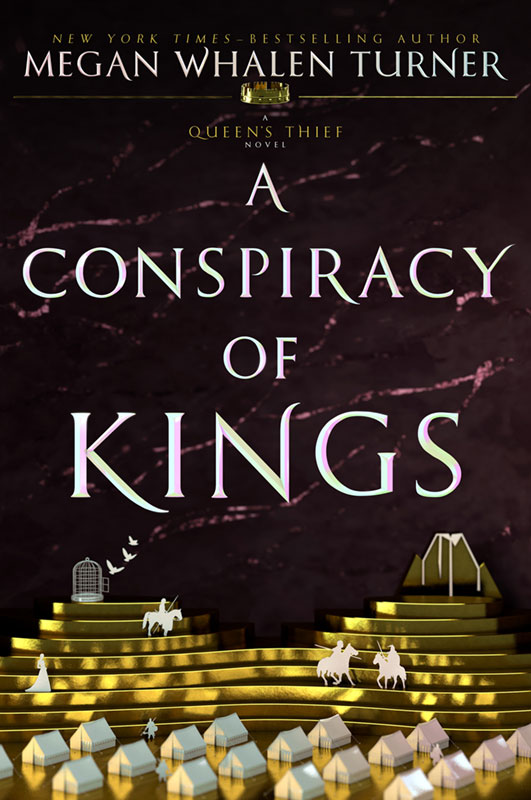 Up along the coast in Sounis, the King and his nephew/heir, Sophos, are struggling to bring their kingdom back to its former glory. They both have an interest in the mountain kingdom of Eddis, though for two *very* different reasons. Power, control, friendship, love… who’s to say what will win out?

THE QUEEN OF EDDIS

Wild, ugly, regal, untested, or shrewd, the Queen of Eddis is seen many different ways by those around her. Perhaps she is most known for her kindness, but that doesn’t mean she should be underestimated. Like a crouching mountain cat, she will protect what she loves with an unrivaled ferocity. 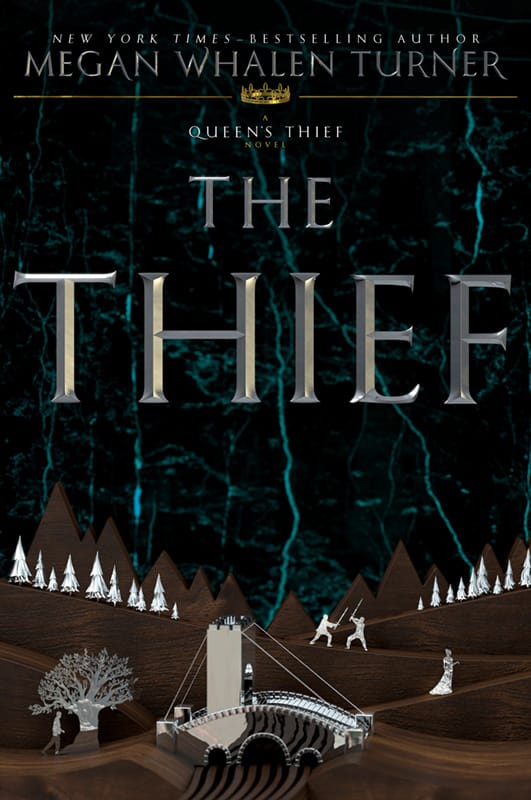 Drawing them all together is Eugenides, trickster, liar, and thief. Though often whiny, spiteful, stubborn, and ill-tempered, Eugenides should never be underestimated. A master of foolhardy plans, Eugenides can break into anywhere, steal anything, and can do—as he loudly boasts—anything he wants.

But these three countries have bigger problems than their squabbles with each other. Across the sea live the Medes. Rich, powerful, and hungry for more, the Mede Empire has set its sights on the Little Peninsula, and their warships sail closer by the page. One particular character to keep an eye on is Nahuseresh, the Mede ambassador to Attolia, who angles for a foothold on the Peninsula… and the hand of the Queen of Attolia. Yikes.

Gods and goddesses may or may not be pulling the strings behind all the drama, but it can be said for certain that, in this world, there is always more going on than what meets the eye.

Find all The Queen’s Thief books below:
(Beautiful repackaged designs of the first four books are hitting shelves on February 28th!!)
THE THIEF • THE QUEEN OF ATTOLIA • THE KING OF ATTOLIA • A CONSPIRACY OF KINGS •

THICK AS THIEVES comes out May 16th, so don’t forget to add Thick As Thieves  to your Goodreads shelf and get your preorder on!!

Which Queen’s Thief book is your favorite? Tell us in the comments below!