Restore Me (Shatter Me #4) Recap: What You Need to Know 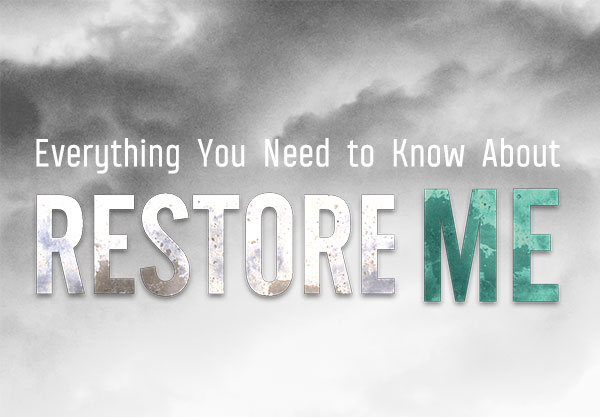 It’s been all building to this moment…our Summer of Shatter Me binge-read is complete! We just finished the fourth book, Restore Me, and OMG YOU GUYS. Our heads are still reeling from THAT ENDING. To sort through our feelings, we once again have put together a recap to hit all the key moments that happened in the book…which sort of helped? We think? But tbh, typing that last key revelation just got us feeling super emotional again. But nevertheless, we shall persist forward.
Scroll on down for our Restore Me recap of everything that went down in the first installment of Juliette’s new arc in the series (and in case you’re looking for our other Shatter Me series recaps, here are your quick links: Shatter Me, Unravel Me, and Ignite Me).

Restore Me Recap: Everything You Need To Know

Warner gets a haircut.

He also gives us his perspective. As in, he narrates some of the book. We haven’t been this excited since Destroy Me came out. Warner’s still struggling to cope with Anderson’s death, even though he hated him. He and Adam end up having a heart-to-heart and find they have more in common than they thought.

Juliette learns that filling the Supreme Commander’s shoes is harder than it looks. She’s struggling to learn the ins and outs of The Reestablishment, manage her relationship with Warner, and put up a front that she knows what she’s doing.

To add to Juliette’s insecurity, Haider Ibrahim and his sister Nazeera pay her a visit. They’re the children of the supreme commander of Asia, and Juliette is torn between wanting Warner’s help and needing to prove she can hold her own. She’s also not sure she can trust them.

Kenji has a crush.

Kenji is ready to check his questions at the door because Nazeera is rocking his world. It seems she couldn’t be less interested, but that only makes him want to get to know her better.

Haider, Nazeera, Kenji, and Juliette go for a walk along the beach, and they don’t take security. Juliette ends up getting shot, and Nazeera swoops in and saves her.

While Warner’s kicking himself for not keeping closer tabs on J, Castle lets him in on a little secret: Juliette and her sister were planted in Warner’s life as part of an experiment. Her parents weren’t disgusted by her; they supported The Reestablishment and donated their two daughters to the cause.

Juliette has a sister?

You read that right. Her name is Emmeline, and it used to be Warner’s job to torture her. Because Warner is a good guy (despite his own doubts), he confesses everything to Juliette the first chance he gets. And she kinda sorta breaks up with him.

She can fly! She’s managed to keep her abilities a secret from her parents, but her powers put her firmly on Team Juliette, and she tells Juliette that the rest of the world leaders are planning on wiping out Sector 45.

After Warner’s confession and Nazeera’s revelation, Juliette is ready to kick things up a notch. She meets with a few children of supreme commanders around the world (including Warner’s ex-gf).

At the Symposium, Juliette starts denouncing The Reestablishment. People get angry and start shooting at her. She deflects the bullets. Then she screams, and everyone in the room drops dead.

She wakes up in her childhood bedroom in New Zealand with her parents commending her work. AND THAT’S IT.

The need for Defy Me is real.

What do you think? Did everyone really die? Are Warner and Juliette really over? We seriously cannot wait for the next book and are banking our hopes on this spoiler from Tahereh herself:

She wouldn’t lie to us like that….would she?!?!?!?! WE DON’T KNOW but what we do know is that we need the next book in the Shatter Me series like now. We’ll be counting down the days until Defy Me comes out…

That’s it for our Restore Me recap and breakdown of everything you need to know about the fourth book in the series! Do you have anything else to add? Are you still freaking out over THAT ENDING? Cause we are. Tell us all your thoughts and feels in the comments below!
Up Next: