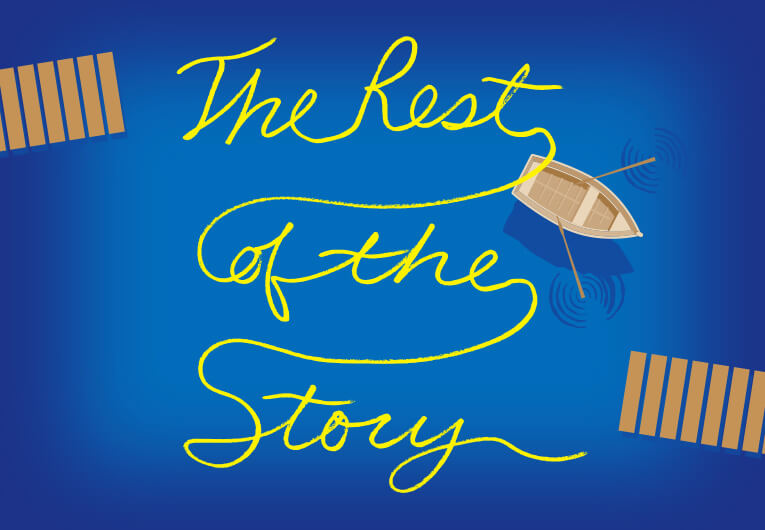 If you’ve never read a Sarah Dessen book before, well, let’s just say you’re missing out. Sarah is a master at telling a story that combines authentically unique coming-of-age journeys with family, friends, and romances you want to just fall into. Or, maybe you aren’t unfamiliar! You might’ve read Saint Anything, The Truth About Forever, Once and For All, or one of her many others. Through the years, Sarah has become an insta-buy author for us, for sure.

So now, we’re so excited that we get to be a part of her next book, the big-hearted, family-focused tour de force, The Rest of the Story! Hitting shelves June 4th, we’re still a bit of a ways off—but we’re so excited, we thought we’d collect everything we know so far and bring it all to you right here.

About ‘The Rest of the Story’ 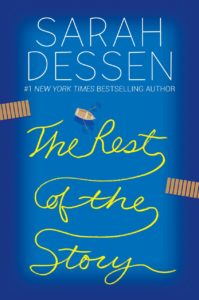 Emma Saylor doesn’t remember a lot about her mother, who died when Emma was twelve. But she does remember the stories her mom told her about the big lake that went on forever, with cold, clear water and mossy trees at the edges.

Now it’s just Emma and her dad, and life is good, if a little predictable…until Emma is unexpectedly sent to spend the summer with her mother’s family that she hasn’t seen since she was a little girl.

When Emma arrives at North Lake, she realizes there are actually two very different communities there. Her mother grew up in working class North Lake, while her dad spent summers in the wealthier Lake North resort. The more time Emma spends there, the more it starts to feel like she is also divided into two people. To her father, she is Emma. But to her new family, she is Saylor, the name her mother always called her.

Then there’s Roo, the boy who was her very best friend when she was little. Roo holds the key to her family’s history, and slowly, he helps her put the pieces together about her past. It’s hard not to get caught up in the magic of North Lake—and Saylor finds herself falling under Roo’s spell.

For Saylor, it’s like a whole new world is opening up to her. But when it’s time to go back home, which side of her—Emma or Saylor—will win out?

When The Rest of the Story was first announced—Sarah took the opportunity to not only discuss the process of writing the new novel, but also in choosing to take her career in a new direction. And can we just take a moment to admire her choice?

I started this book in late March, after I set aside ANOTHER book that I’d begun in January. I was feeling pretty lost and worried I wasn’t going to be able to write another book (2018 has been TOUGH, y’all) but I kept writing anyway, hoping for the best. Some books are fun to write! This was not one of those. Some books are hard but you feel great about them when you finish! This was not that book either. When I was done in late July, I felt like I’d been hit by a truck. All I wanted to do was crawl into bed and stay there…

Emma Saylor, my narrator, starts a summer thinking it will go one way, when it turns out completely differently. A whole new world opens up for her, and in the last few months as I’ve made this decision, the same has happened for me…

Where Can We See Sarah?

Good news! Sarah is heading to YALLWest this year, and you can find more about that here!

She’ll also be going on a 15-city tour! Check out the schedule below: 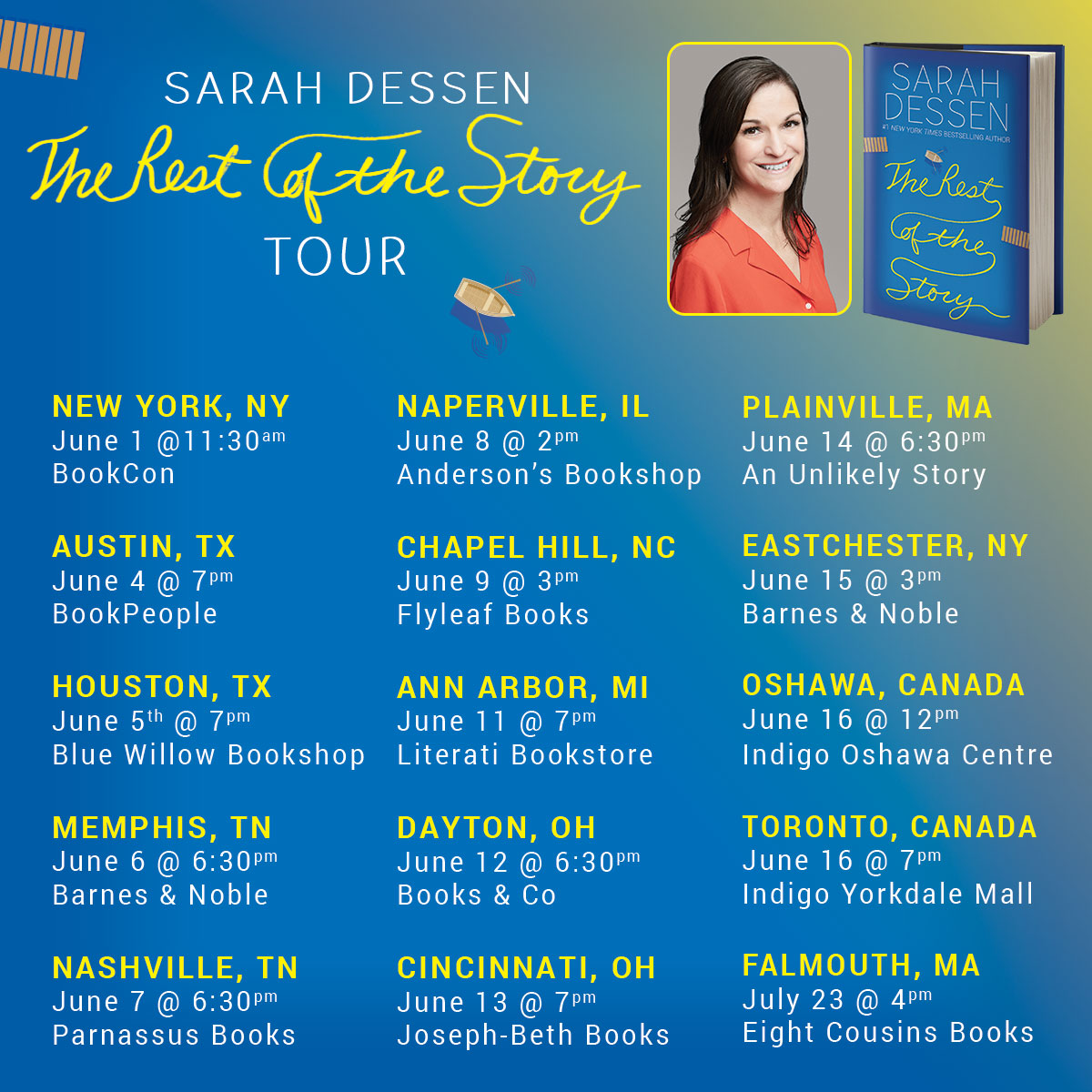 Hundreds of indie bookstores across the country are offering signed copies & these adorable travel pouches! Check out the store list here to see where you can get them. 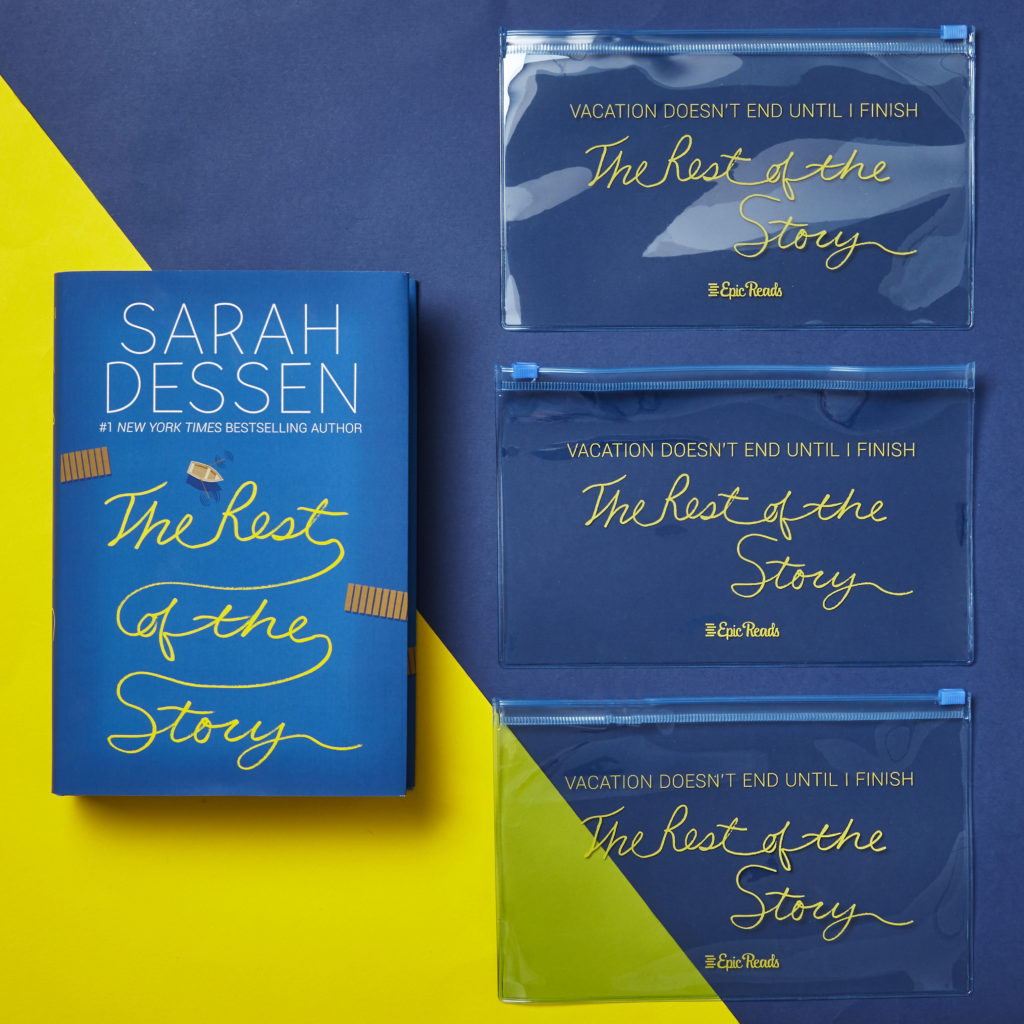