Shatter Me Recap: What You Need to Know 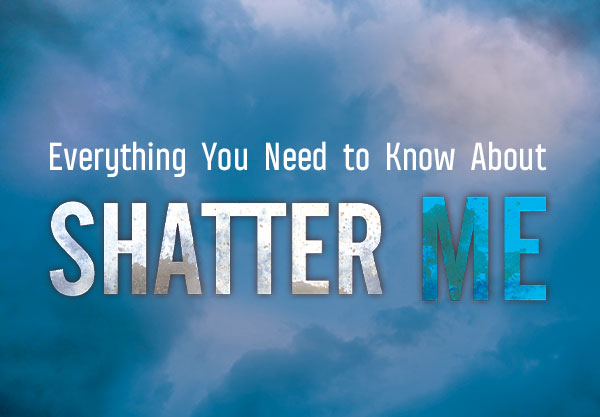 You know how some books are just made for binge-reading?
The Shatter Me series is DEFINITELY one of them. Tahereh Mafi’s unique writing style and lyrical prose draw you in and once you meet all the amazing characters in this dystopian world (Juliette! Warner! Kenji!), it’s extremely hard to stop flipping the pages to find out what happens next. We devoured Shatter Me, Unravel Me, and Ignite Me when they all first came out, and with the addition of Restore Me (the first in a new three-book arc)  that came out earlier this year, well, it’s basically the perfect time for a re-read binge.
We just finished Shatter Me and while our memory is fresh, we put together a book one recap breakdown of all the characters, places, and things you need to know and remember about this gorgeously written dystopian romance. Warning: There will be MAJOR spoilers in this recap so don’t scroll past this point if you don’t want to know. You’ve been warned!

Shatter Me Recap: Everyone and Everything You Need To Know

Juliette’s been locked up with nothing but her thoughts and a journal for almost a whole year (264 days to be exact). We’re in a crazy dystopian world where everything is run by a group that calls themselves The Reestablishment. Bad news: They aren’t the good guys, and they’re responsible for Juliette’s solitary confinement.
The Reestablishment is an international movement that has staked claim on all of the inhabitable land left in the world. Their vision of the future is to re-create the world with one universal language and to forget everything else. They will kill anyone who tries to stand in their way.
When Juliette is finally released from her cell, she’s taken to Sector 45, which is not too far from what we call Los Angeles. Unfortunately, she’s not checking out Hollywood Boulevard. Sector 45 is one of the key bases for The Reestablishment in North America.
To escape Sector 45 (and The Reestablishment), you have to brave The Nuclear Field and get across an old nuclear site. The perk: Crossing the site eliminates the tracker serum that Sector 45 uses to keep tabs on its soldiers. It turns out certain people (including Juliette, Adam, and Kenji) are immune to the radiation in the nuclear field.
Omega Point. An elaborate and organized underground movement that hopes to fight The Reestablishment. Their secret weapon? Many of the people in Omega Point have super powers!

You can’t touch her. Seriously. Like this one time, she tried to help a little kid who was in trouble, but when she tried to protect him, he died. Disgusted by her, her parents sent her away, and she spent a year in isolation trying to convince herself she’s not insane.

Juliette starts out as a “poor me” character but quickly comes into her own and becomes the person that everyone wants on their team, both because she has a kick@$$ personality and because she could be used as a major weapon.
Memorable quote: “All I ever wanted was to reach out and touch another human being not just with my hands but with my heart.”

Adam’s kind of a babe. He’s got dark blue eyes, brown hair, and a strong jaw. He’s sort of the Stefan to Juliette’s Elena.

At the start of the book, Adam is thrown into Juliette’s cell. He earns her trust and then drops a major bomb: He’s in cahoots with The Reestablishment. The biggest deal about him? HE CAN TOUCH JULIETTE. They have some serious chemistry, and his feelings for her quickly overcome any loyalty that he may have felt towards The Reestablishment. Put in charge of protecting her in Sector 45, they have each other’s backs and plan an escape together.
Memorable Quote: “There’s very little I wouldn’t do for you.”

In SHATTER ME, Aaron Warner is the villain and the hot guy that everyone loves to hate. His dad is in charge of the whole Reestablishment, and he’s obsessed with Juliette. He wants to use her as a weapon and thinks they’d be on fire together. He provides her with a hot shower and decent clothing but also does some pretty scary $#*%, like forcing her to take an aptitude test that tortures a small child. Juliette is horrified to learn that he can touch her without feeling pain as well.
Memorable quote: “I’m nineteen years old,” he clarifies. “I’m a fairly impressive specimen for my age, I know.”

Basically, he’s one of our fave characters of all time. Kenji poses as a soldier in Sector 45, but really he’s working undercover for Omega Point. He has a seriously sarcastic sense of humor and also happens to be able to make himself invisible. We’re not sure about him at first, but he quickly endears himself to readers and becomes Juliette’s BFF. In Shatter Me, he saves the day by taking Adam and Juliette to Omega Point.
Memorable quote: “I’m sorry — is a lonely man not allowed to make a move, Kent? Maybe I’m actually interested. Maybe you should back the hell off and let her speak for herself. 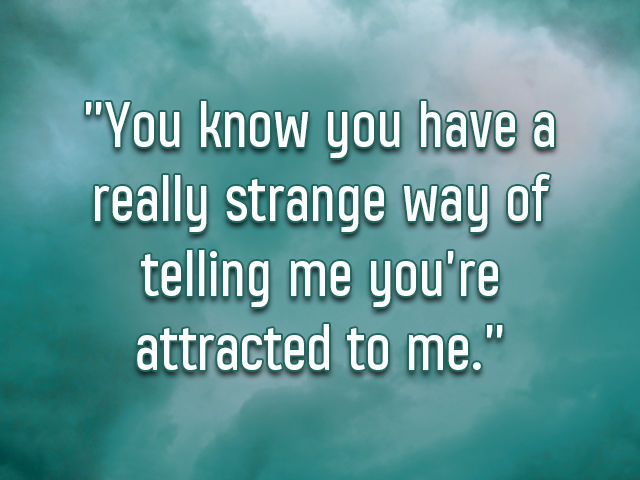 The head of Omega Point and a father figure to Kenji. He has a plan to overthrow the Reestablishment, and he needs Juliette on his side if he wants to win.

The healers at Omega Point. They finish one another’s sentences, and their touch can heal even the most fatal of wounds.

Brendan is an Omega Point member who can CONTROL ELECTRICITY. He has a sexy British accent, super blonde hair, pale skin, and can recharge himself, so may or may not need to sleep.

Another member of Omega Point, Winston is superelastic and uber smart. He can turn himself into a human pretzel or stretch out any part of his body. Go, go, Gadget Arm.

When Juliette gets a roommate after being held in solitary confinement. On the 264th night of her prison sentence, the guards throw Adam into her cell with her. He looks dangerous but promises not to hurt her (though he does steal her bed). Juliette desperately wants to believe him and wonders if he could possibly be a friend. Eventually, they form an alliance. Juliette is thrilled to trust someone, but then it turns out that Adam has been working undercover for The Reestablishment.
Adam’s redemption. At Sector 45, Juliette discovers that Adam has saved her lone (and most valuable) possession: her notebook. When they finally have a moment alone, they sneak into the bathroom to talk, away from the cameras in Juliette’s quarters. Adam has a revelation for her: He can touch her without getting hurt.
In a majorly steamy scene (page 115 if you want to re-read it firsthand), a shirtless Adam promises Juliette that he will get her the hell out of Warner’s clutches.
Juliette’s power. Juliette thought her power was a curse, but she realizes her abilities go way beyond touch. When Warner forces her to take an aptitude test, she manages to catapult through a concrete well and crush glass with her bare hands.
The escape. An alarm goes off in Sector 45 and Adam and Juliette are able to make their escape. But not before Warner promises Juliette that he’d never underestimate her. He also makes a last ditch grab for her. He touches her bare leg … and NOTHING HAPPENS.
Kenji shows up! Adam has taken Juliette to his house and introduced her to his brother, James. They’re breathing a bit easier until Kenji shows up. Kenji was one of Warner’s soldiers, but he also claims to be Adam’s bestie. Neither Adam nor Juliette are sure they can trust him, despite his charm and sense of humor. He’s also left a trail of blood for Warner’s soldiers to follow, which puts them on the run again.
When we realize Juliette is a total bad@$$. Adam gets shot, and Warner finds Juliette. He brings her to a nearby room and looks at her with adoration and love. He knows he’s immune to her gifts. He tells her he wants her to choose him and professes his love. To escape, Juliette forces herself to relax and allows Warner to kiss her. She’s shocked to find there’s an electric charge between them. Even though her head is spinning, she grabs his gun … and shoots him. She then steals a car and saves Adam.
Kenji saves the day. With Adam seriously injured, Kenji brings them to Omega Point, where they can take shelter and Sonja and Sara can heal Adam. Are they safe, or does Castle just want to use Juliette as a weapon?

That’s it for our Shatter Me recap and breakdown of everything you need to know about the first book in the series! Do you have anything else to add? Tell us in the comments below and we’ll add it in!
Up next: