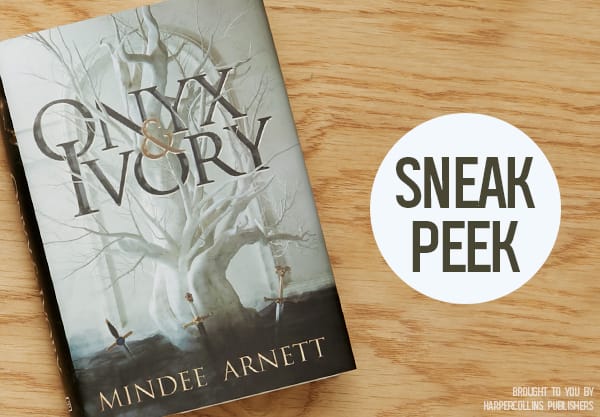 Can we just start by saying that we are so excited to share this excerpt with you guys?! Mindee Arnett has written some amazing books in the past (we’re looking at you, AVALON), so we literally cannot wait for her new fantasy novel, especially after reading these first few chapters!! If you like your fantasy series to have a healthy dose of epic journey, imminent danger, forbidden magic, and will-they-won’t-they romance, then this is for you.
She’s the daughter of a man who tried to assassinate the king. He’s the song of the king her dad tried to murder. And they used to be in love. When she finds him the sole survivor of a massacre, their paths cross once more to save the kingdom from an even darker threat.
It’s epic, it’s magical, it’s brutal—and you can read the first few chapters now!

“I might be able to mend the bone,” the magist healer said sometime later. “But I doubt he’ll ever be sound for hard work again.” He straightened from his hunched position and smoothed his green robes, the mark of his order. The magestone he’d used to diagnose the horse’s injury remained fastened around Pip’s pastern on a piece of leather. It glowed bright red, pulsing like a heartbeat.

Kate stared at the green robe, frustrated that she couldn’t read his expression behind the mask he wore and despising his matter-of-fact tone. All magists wore masks, the cut and coverage of them signifying rank. This one’s covered his whole face, marking him a master, the very best of his order—and the most expensive.
“How much?” Deacon said, his face as expressionless as the magist’s. Nevertheless, the way he kept rubbing his fingers along the four scars on his left forearm betrayed his concern. The scars ran so deep, they made the muscles beneath look permanently twisted in a cramp. There weren’t many riders who survived a nightdrake attack, but Deacon had come through two in his long years with the Relay.
“Seventy valens,” the magist said.
A wrench went through Kate’s stomach. That was nearly as much as it would cost to replace the horse, and she knew what Deacon’s answer would be.
Forgetting her position, Kate touched Deacon’s arm. “Please, Master Lewis, let me pay for it. If you hold back my wages this month and the next, maybe—”
Deacon brushed her off and raised a hand for silence. He turned to the green robe. “Thank you for your services. We’ll pass on further treatment.”
The green nodded, then stooped to untie the piece of leather around Pip’s injured foot. The glow in the magestone faded the moment it was removed.
Once the green robe had gone, Kate wheeled on Deacon, unable to stay silent a moment longer. “Please reconsider. Please. I’ll do anything. I’ll give up a month’s salary. I’ll do extra rides for free, muck out the stables for the next year. Anything. Please, Master Lewis.”
Deacon turned to Kate, meeting her gaze for the first time, it seemed. “I’m sorry, Kate, but I can’t let you.”
“But, sir . . .” Tears burned in her eyes, making her cheeks flush. If she didn’t stop speaking she wouldn’t be able to hold them back. “He’s a good horse, and it’s my fault. I didn’t mean—”
“Hush now. There’s no place for such foolishness here.” Deacon folded his arms, fingers worrying at his scars again. “I know he’s your favorite, but Pip’s a working horse and only as good as his legs. If he were a mare, it would be a different story, but a lame gelding is worth more dead than alive.”
“But, sir, given time he could be sound again. He’s still young. If you just let me buy him, then maybe—”
“I said no, and that’s final.” Deacon glared down at her now, his dark eyes sharp enough to cut. “How would you feed him? Where would you keep him? He can’t stay here, and don’t tell me you’re paid so handsomely that you can afford to be wasteful with your coin, because I know better. No, I won’t let you sacrifice for
nothing.”
Kate flinched at every point he made, each harsh truth laid bare. He was right. She couldn’t afford the coin, and a part of her even understood the practicality of his reasoning. Saving a lame horse was more than pointless—it was wasted space, a great selfishness in a city already overfull with humans and animals both. There wasn’t room for anything that didn’t serve a purpose. Even the elderly and infirm were encouraged by the priests and priestesses to give their lives in sacrifice to the gods. But the rest of her had touched Pip’s very essence, had caressed his soul with her magic. That part couldn’t bear the idea of his death. A piece of her would die with him.
But she couldn’t tell Deacon any of that, not in a way that he would understand and accept. Although Deacon always treated her fairly, even after he learned who she really was, he wouldn’t tolerate her wilder magic if he ever found out. Wilders were outlaws, subject to the Inquisition.
Sagging in defeat, Kate swallowed. “Yes, sir.” She reached for Pip’s lead. He was her charge, and it was her responsibility to take him to the slaughterhouse. She’d never had to take a horse there before, and her fingers shook as she untied the rope.
Deacon took the lead from her, his expression softening. “Go home, Kate. I’ll see it done.”
Kate looked up at him, torn between what she knew she ought to do and what she wanted to do. But in the end, she couldn’t refuse his kind offer, the escape too welcome, too easy a path to choose any other.
She turned to Pip and ran a hand over his sleek neck, wishing she could touch his mind one more time, to give him the peace he deserved. He leaned into her touch, burying his muzzle in her belly. She stroked his nose for a moment, whispered good-bye into one velvety ear, then turned and walked away.
Shame and regret dogged each step she took on the way to her rented room, a few miles from the Relay house. Cort’s taunts echoed in her mind, taking on weight. It was true—as a Relay rider, she had vowed to always bring Pip back safely, to hold his life equal to her own. But she had broken that vow tonight, an act of betrayal as sure as any other.
Have I become my father? Did oath breaking run in her blood? She was so much like him. Even her magic was inherited from him. Hale Brighton had been master of horse to the high king, a position he’d earned with the help of his secret, forbidden gift. He’d been the king’s friend and liegeman, and yet he had tried to kill him. Kate didn’t know why, but there was no denying her father’s guilt. Just as there’s no denying mine. Traitor’s daughter. Traitor Kate.
Once again, she had lived up to her name.

Let us know what you thought of ONYX & IVORY down below, and get it now!
Up next: 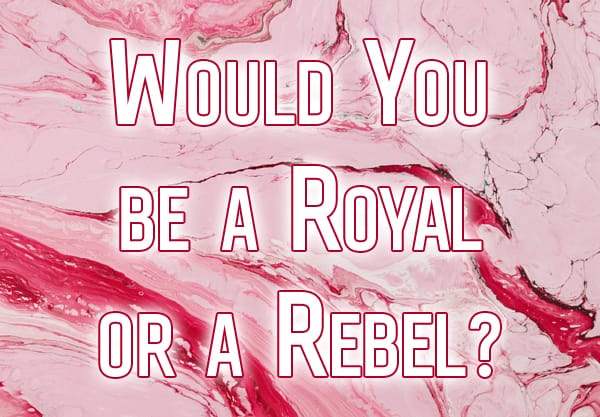