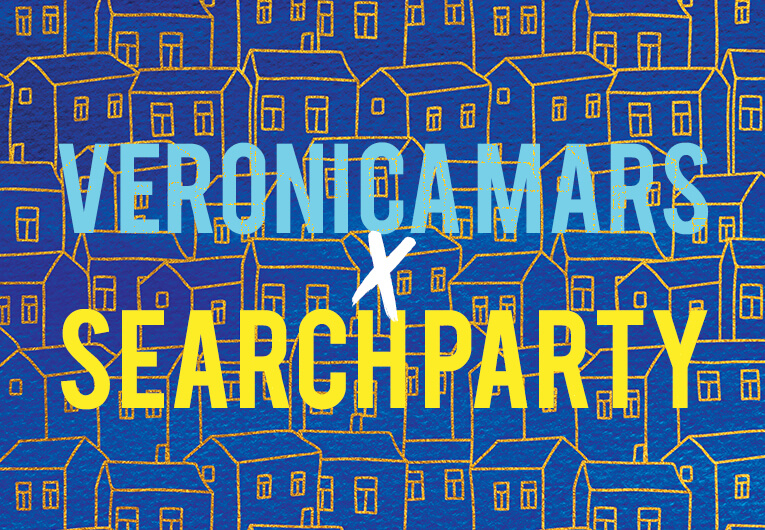 Hello, all you epic book nerds! Tyler from Team Epic Reads here, commandeering the site for a bit so that I can write to you about a book on shelves at this very moment. Why now? Well, because frankly, I want to talk about it with everyone. And why this book? Because it reminds me a lot of two shows I love dearly, with its own unique snark and flare added in.

I’m talking about If You’re Out There, the recent debut (and recent fave) by Katy Loutzenhiser.

The story follows Zan, a girl whose best friend recently moved to California. From the first page, these two girls reminded me of my own best friend—their easy banter, the inside jokes, everything that could be communicated with a single eye-roll—which made it all the more heartbreaking to find out that just after moving, Zan started getting ghosted. It seemed like Priya was too busy reinventing herself to answer. Her Instagram aesthetic changed (honestly, the biggest tell of them all) and responses to texts became few and far-between.

But until Zan hears it from Priya herself—hears her admit, straight up, that she’s done with their friendship—she’s not ready to give up. The shallow new lifestyle just doesn’t seem like her, you know? And it’s not until Zan finally makes a new friend in school, recent new kid Logan, that she opens up about her sadness… and suspicions. Unlike literally everyone else in her life, Logan is willing to dive into investigative mode and find the truth. Because what if she just can’t answer?

HOW FAR WOULD YOU GO FOR YOUR BEST FRIEND?

This is a story of friendship. It’s the highs and lows, the laughs and insecurities. It’s a mystery filled with long shots and dark suspicions, and it’s, at its heart, a funny story, an emotional story, and one that dives head-first into the question how far would you go for your best friend?

Except, you know, there’s a chance that Zan is just getting ghosted.

I love books, obviously, but more often than not, you can find me watching TV. I keep it on in the background, catch up on the week while I cook, and sit down to watch my favorites at night. I’m literally re-watching The Bold Type for like, the sixth time, as I write this. And so one of the things about If You’re Out There that pulled me in was how much it reminded me—in tone, subject matter, and soul—to two of my favorite shows: Veronica Mars and Search Party.

For anyone unfamiliar, here’s a quick rundown of both. And yes, I promise it will be quicker than my rundown of the book. Veronica Mars follows a dry-witted teen sleuth played by the iconic Kristen Bell as she solves crimes—both small episodic capers and longer, season-lasting tragedies—in her have/ have-not divided hometown of Neptune, California. Her father, a detective, taught her everything she knows. On the flip side, Search Party follows a group of young adults in New York City who just seem kind of bored with their lives. Main character Dory finds purpose when she realizes that one of her friends, Chantal, has gone missing. Even as her reluctant, self-absorbed friends join the investigation, you’re never really sure if Chantal is actually missing. Dory just kind of runs with it, and tense situations underscored with dark humor ensue.

So yes, they’re mystery stories, they’re thrilling, friend-driven capers, but most importantly, they pack the emotion of a journey of independence and self-realization into a plot that you genuinely cannot figure out the twists of. In If You’re Out There, I couldn’t decide if I even wanted there to be a nefarious motivation behind Priya’s ghosting, because Zan is so authentically written that I wanted her both to get her best friend back and realize how much she could still accomplish without her. I won’t spoil what happens, but man, I love this book!!

Please do yourself a favor and read this book.

Borrow it from the library, read it digitally, listen to audio, however you want to do it. But read this book! You can even start the first two chapters right here, right now, for free. And then do both of us a favor and talk to me about it, because as you might be able to tell, I can’t stop. If you’re still not convinced and want to find out any more about If You’re Out There, you can do that right here.

In the meantime, I want to thank you for listening to me ramble. I hope my thoughts are coherent enough. If not, well, I tried! I’m now off to go yell at my best friend to read it, too.