Let’s Play a Game of Would You Rather: ‘Three Dark Crowns’ Edition 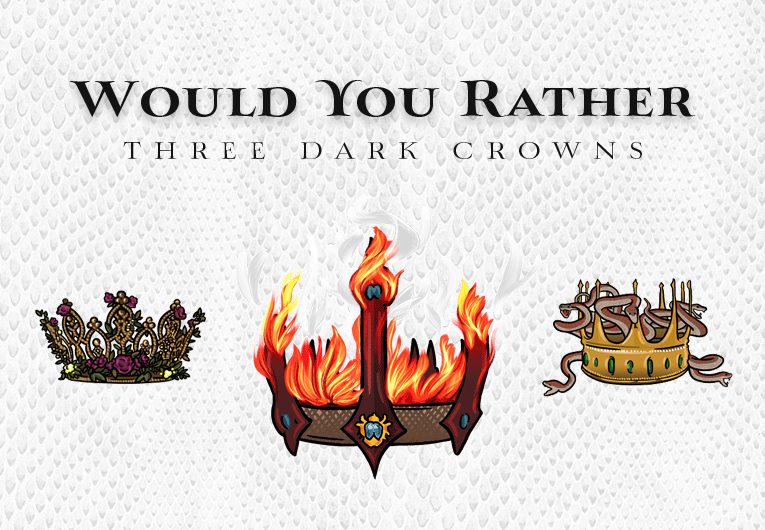 Would you rather fight or show mercy? Be brutal or smart? Quest for the crown or seek to destroy it? There are a thousand questions that cross any reader’s mind when they dive into the twisted world of Three Dark Crowns, a slow-burn series that has become a dark web of impossible choices. Three sisters, forced to fight to the death for a crown that they had no choice but to inherit. See what we mean? Brutal from the start, and it never lets up.

And if you need a reminder of what exactly happened in the series’ first installment, we have you covered with our official recap here. Seriously, it’s so much.

It’s easy to root for one of the queens on the outside—powerful Mirabella, rugged Arsinoe, dark Katharine, or someone else entirely—but have you ever considered what it might be like to walk along the island’s shores in their shoes? Well now you can, and from the safety of your browser.

Do you think you have what it takes to survive the island? Let us know in the comments below!