Which of These YA Villains’ Revivals Would Be the Worst? 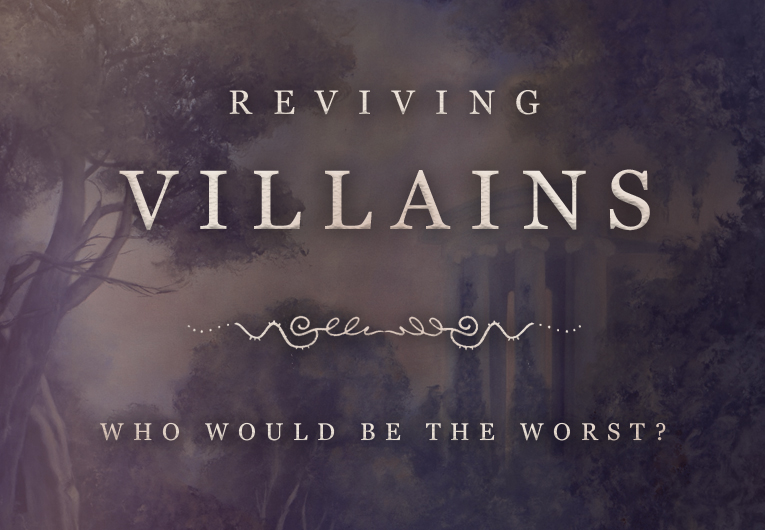 If you thought Justina Ireland brought it with the zombie action in Dread Nation, then you’re in for a trip—literally. In Deathless Divide, Jane heads west to continue the search for her long-lost mother after the fall of Summerland. Our fave Katherine has joined her and they’re seeking sanctuary somewhere that may not be everything it seems.

Even though they’re technically dead, the hype for zombies never dies. Just look at The Walking Dead! And with Deathless Divide finally out in the world and the threat of zombies wreaking havoc on our girls having us more stressed than ever, we couldn’t help but wonder which other villain’s revival would be the worst. So, naturally, we created a ranking so you could tell us what you think!

This is also a good time to sprinkle a little bit of a SPOILER ALERT on your plate. Because we’re not villains who are here to ruin a good time, we hid the characters’ names. On the front of the cards below are just the names of the book, and on the back is the name of the character who died. So if you haven’t read that book and don’t want to be spoiled, do not flip the card.

Now that that’s settled, go imagine these villains as zombies!

Which of These YA Villains Would You Hate to Have Back?